100 Years Later, Mussolini's Fascist Party a Reminder of the Fragility of Freedom 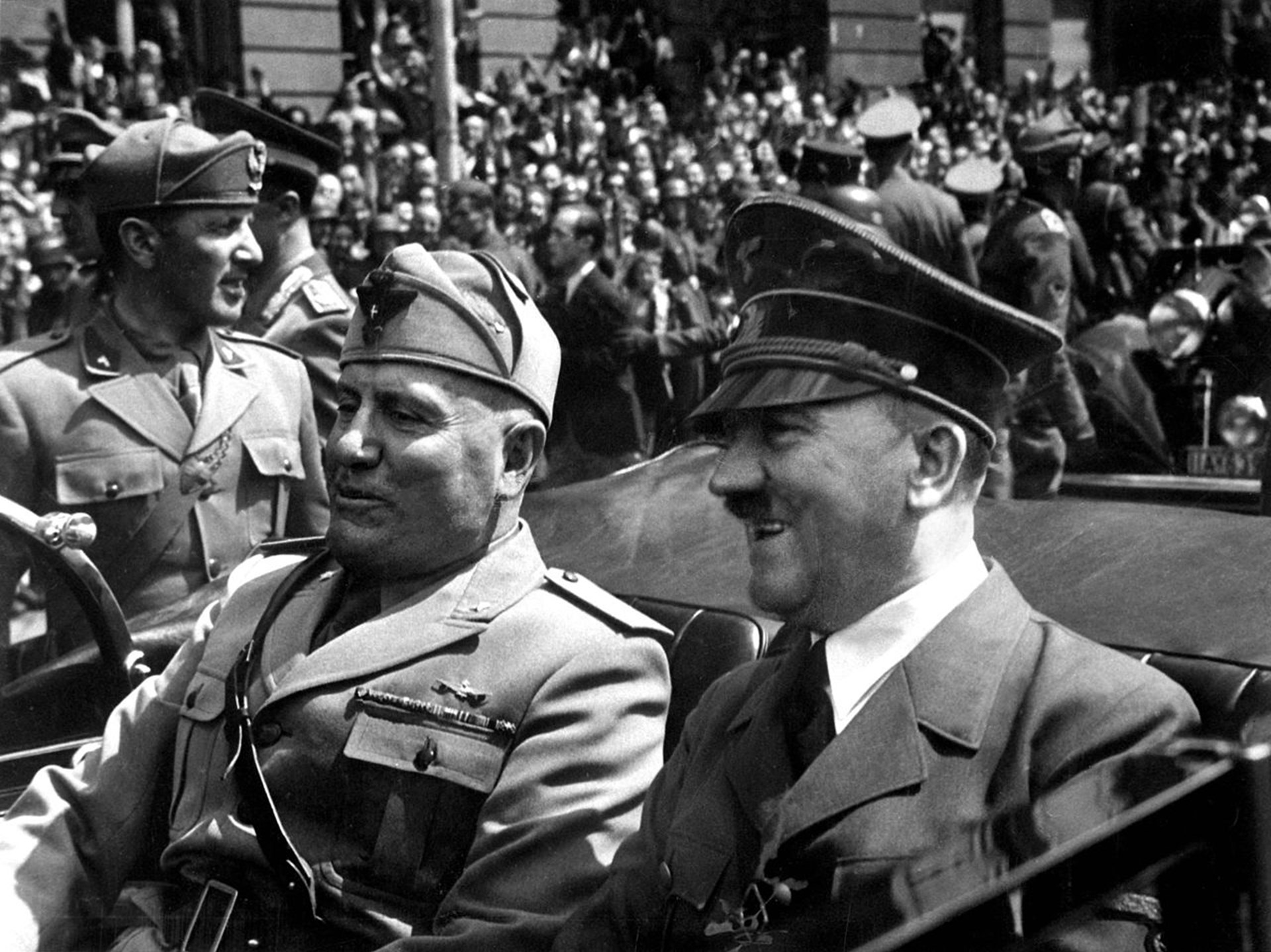 One hundred years ago, in March 1919, Benito Mussolini created the Fascist party in Italy.

For more than two decades, when he came to be known as “Il Duce,” or “the leader,” Mussolini wielded broad powers. At the end of World War II, he was shot by a firing squad for his crimes. His body was publicly hung upside down.

In my political philosophy course at Indiana University, my students and I study Mussolini’s rise to power and his dishonorable end. His life offers deep, cautionary insights for contemporary politics.

Mussolini was born in the small Italian town of Predappio in 1883. After qualifying as a teacher, he joined the socialists, who believed in public ownership of property.

He founded a new political movement, fascism, from the Italian word for “bundle,” which symbolized government authority in ancient Rome.

He was arrested and jailed by the government for promoting strikes. His advocacy in support of World War I brought him into conflict with the socialist party, which expelled him. In response, he founded a new political movement, fascism, from the Italian word for “bundle,” which symbolized government authority in ancient Rome.

Wounded while serving in the Italian military, he was discharged and began working as a journalist. Thereafter, Mussolini received funding from the British secret service to publish pro-war propaganda in his newspaper. He developed the idea of “vital space,” calling on Italy to reclaim from other Mediterranean nations much of the land that once belonged to the Roman Empire. In 1919, he announced that the fascist movement was becoming a political party.

As the leader of fascism, Mussolini pushed for the growth of the Italian population. He believed a larger population was necessary for the nation to function as a world-class military power. He also regarded Africans and Asians as inherently inferior. Again and again, he called on white Italian women to produce more children.

Mussolini’s fascists formed squads of war veterans known as “Black Shirts,” who would clash with the members of other political parties, particularly communists and socialists. The government harbored deep fears of a communist revolution and rarely interfered, giving Mussolini’s forces relatively free rein.

In 1922, tens of thousands of Black Shirts gathered in Rome to demand political change. The liberal government sought to declare martial law, but the king of Italy, Victor Emmanuel III, fearing civil war, instead asked Mussolini to form a new government.

While the fascists constituted only a small percentage of Prime Minister Mussolini’s original government, he pressured the legislature to grant him dictatorial powers over what citizens could do and not do, seeking to meld the state with the Fascist party.

By 1924, his national alliance won nearly two-thirds of the vote. A socialist deputy who decried ballot irregularities was murdered.

Mussolini quickly built a cult of personality around himself. Those who sought to oppose him were held in check by governmental and extra-governmental means, including intimidation. Multiple assassination attempts against him were unsuccessful.

Mussolini and a fellow fascist described the state as “all embracing,” declaring that outside of it “no human or spiritual values can exist.”

Mussolini selected the editors of news outlets, required all teachers to take an oath of allegiance to the Fascist regime, and invested large sums of money in projects designed to enhance his own standing domestically and around the world. In “The Doctrine of Fascism,” published in 1932, Mussolini and a fellow fascist described the state as “all embracing,” declaring that outside of it “no human or spiritual values can exist.”

As seeds of World War II began to germinate in the 1930s, Mussolini believed that Britain and France were doomed by low birth rates and the relatively high age of their populations, and he determined that Italy should ally itself with rapidly growing Germany.

When the Germans under Hitler easily invaded Poland in 1939, Mussolini concluded that Germany would quickly prevail and entered the war on its side.

Yet Italy was a much weaker war power than Germany, and by 1943, a series of defeats had left the Italian army in desperate shape. Italy’s factories were idled, and food shortages were the rule. The people turned against “Il Duce.”

Soon U.S. and Allied forces were bombing Rome. When Allied troops swept into Italy in 1945, Mussolini was apprehended by communists and executed.

As outlined by historian Martin Gilbert, the Italian and German experiments with fascism offer urgent lessons for our own day.

First, the strongest protection against one-man rule is deep and widespread respect for democracy. Mussolini undermined free speech and freedom of the press. He weakened the legislative and judicial branches of government. He tried to control what people saw, heard and read.

By creating a widespread sense that times were desperate, Mussolini, like Hitler, was able to suppress democratic institutions and tyrannize the population.

A second lesson from fascism is to prevent the manufacture of emergencies. By creating a widespread sense that times were desperate, Mussolini, like Hitler, was able to suppress democratic institutions and tyrannize the population.

Another lesson is the danger of racism. In arguing that whites are superior to Africans and Asians, Mussolini laid the groundwork for exploitation, oppression and even extermination.

Ironically, it is quite possible that had Italy’s military and economy prospered during the 1940s, Mussolini would not have fallen.

People all over the world need to remember that the price of liberty is eternal vigilance. Fascism and the hatred it breeds can undermine goodness and inflame evil. Democratic convictions that required centuries to build up can be demolished within months.

This cautionary tale of Mussolini’s rise to power serves as an enduring reminder of the fragility of freedom.

This article was reprinted from The Conversation.