How FEE is responding to Facebook's algorithm changes

In January 2018, Facebook announced major changes to the algorithm which decides what stories appears in users News Feeds. These changes have substantially affected the visibility of content from online publishers on Facebook. While Facebook has always updated the algorithms behind the News Feed on a regular basis, the recent changes have dramatically affected the visibility of publishers with a substantial amount of visits from Facebook (such as FEE.org) and driven some of them bankrupt.

While part of the impetus for the changes is the "fake news" scandal, much of it has to do with the rise of "clickbait" publishers which profit from low-quality, sensational or salacious stories which get high visibility and are highly addictive but do not result in an enjoyable or informative experience overall. The battle between content discovery platforms (i.e. Facebook) and publishers who try to game the rules is currently playing out on Facebook just as it did on Google in the early 2010s. 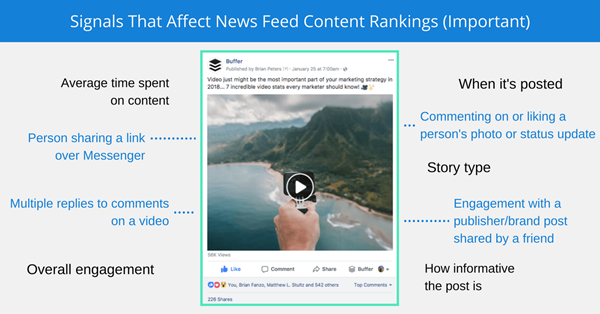 Buffer has a detailed timeline and overview of these changes and a detailed analysis of the algorithm changes.

Are these changes bad for publishers?

While sites like FEE.org have been somewhat unfairly punished as a publisher of “quality” content rather than “clickbait,” it is overly simplistic to see Facebook as the “bad guy” taking away traffic from publishers. Facebook has made a business decision to prioritize content from friends and family. They want to be a social network, not a news discovery platform. It is up to the market to decide whether Facebook becomes more or less valuable as a platform as a result.

Furthermore, in general, publishers of “quality” content will tend to compete in a meritocratic fashion with publishers for users’ organic reach. There are a lot of disclaimers here, but people generally accept that Google’s algorithm is mostly fair (and I believe it is) despite many claims of bias and ruined business models when Google had to adjust to “black-hat” SEO tactics. I believe that Facebook News Feed algorithms will probably come to be seen the same away some years from now.

The impact of social media on FEE.org

FEE.org saw substantial and highly volatile growth in social traffic starting in early 2016. This growth continued until late 2017 when it fell to 2015 levels. Facebook’s algorithm seems to have been responsible for nearly doubling social traffic, before falling back to the 2015 baseline. In other words, Facebook giveth and Facebook taketh away. FEE.org’s success with Facebook was largely due to its popularity with younger audiences that tended to push stories to go viral by repeated sharing. However, the “quality” of this engagement was low: for example, FEE.org’s bounce rate for Facebook referrals was 90%. As of October 2017, the bounce rate has been under 4%. It’s likely that many people who shared or liked our stories did not actually read them.

(Note: The changes are not as stark as this graph shows due to measurement changes but the overall trend is valid.)

If we look at sessions which came from Facebook.com, we saw fee.org sessions grow from 159K in December 2015 to a peak of 386K in February 2016, before falling back under 100K in September 2017. We speculate that this drop is in part because Facebook lowered the value of sharing posts relative to the value of genuine reactions (likes/comments). (Note: Facebook implements strong and ever-adapting anti-cheat measures to ensure the integrity of “genuine” reactions.)

The loss of FEE’s #1 traffic source requires adapting our strategy to maintain our business goals. Our primary means of doing so is to replace lost organic reach with paid reach (ads). The team at FEE has learned to do this with some effectiveness, despite ongoing algorithm changes: 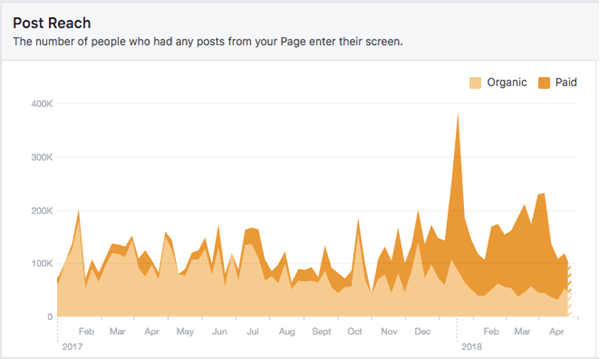 We believe that paid reach should have different business goals than organic reach. In other words, we do not believe in merely paying to replace organic readership with paid readership. This is both expensive and does not generate returning traffic. Instead, FEE’s marketing team had focused our paid reach on specific business goals that serve our organizational priorities, such as email leads, event registrations, market research, and new audience outreach.

We’ve also had to adapt to ongoing changes in Facebook’s ad platform in response to events such as ads by alt-right extremists, the Cambridge Analytica leak, and intense competition from other businesses who were “exiled” from organic reach by algorithm changes in 2018.

We’ve noticed a significant change in the effectiveness of our paid lead generation ads. We ran the same ad for our Essential Guide to Health Care Reform in November and April and had wildly different results. In November 2017, we paid on average $0.72 per email address. In April 2018, the cost per email rose to $5.07.

Our current strategies include:

Like Facebook, the Google Search algorithm has seen ongoing changes which also have far-reaching impact on traffic. The way people use search engines has evolved over time, and Google has responded to these changes in several ways.

In 2016, Google CEO Sundar Pichai announced that 20% of queries from mobile and Android devices are voice searches, and a recent study reveals that over 60% of search queries contain 4 or more words. For an idea of what this looks like in practice, consider that a typical query from 2006 might have been “tennis shoes,” but today that search looks more like “what kinds of shoes are best for running.”

In order to retain their positions in search engine results, publishers have adapted their publishing strategy to focus on creating content related to relatively broad topics, and organizing that content in a way that tells search engines that they cover many specific aspects related to the broader topic, and that searchers would find their content relevant.

This specific search engine optimization strategy is known as pillar pages and content clusters. The way it works is that a publisher creates content for a relatively broad topic — say, “running shoes” — beginning by publishing several articles that each cover a specific aspect of the broader topic — say, “cross country running shoes,” “track and field running shoes,” and the like. These articles are known as “cluster content.” The publisher then creates condensed versions of the cluster content and compiles them together into a single article that is then optimized for the broad topic (in this case, “running shoes”). This article is known as a “pillar page.” The publisher then uses strategically placed hyperlinks to link the pillar page and cluster content together in a way that enables search engines to see the pillar page and cluster content not as individual pieces of content, but as a cluster of content related to and tied together around the broader topic. 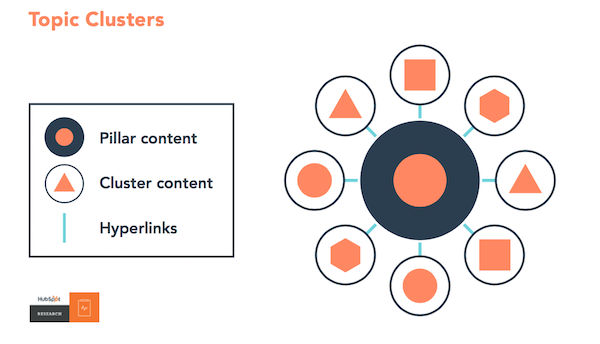 These three categories will define the content clusters around which we will focus our pillar page strategy. The specific terms we choose for pillar topics will depend on the point of maximum convergence of opportunity and our business goals. We will select keywords which cluster around the top phrases that we want to become an authority on. Our goal is to become the definitive authority on these terms.

Focusing on Quality of Interactions vs Quantity

As explained above, in the last two years, both Facebook and Google have made efforts to limit content reach to the subset of users with “genuine” engagement or interest. The downside for us is that fewer people see our content. The upside is that the people who do see our content, are more likely to pay attention to it. Furthermore, we have a chance to be rewarded for more meaningful and useful content.

To measure meaningful engagement, we will try to prioritize meaningful engagement: active time on page (provided by Parse.ly analytics), longer video views, email captures on FEE.org, Facebook Ads, and landing pages, and Facebook/YouTube subscriptions. We will also try to improve the quality of our content by sharing fewer stories from other sites on FEE.org and writing more in-depth analysis and practical career/life guidance. 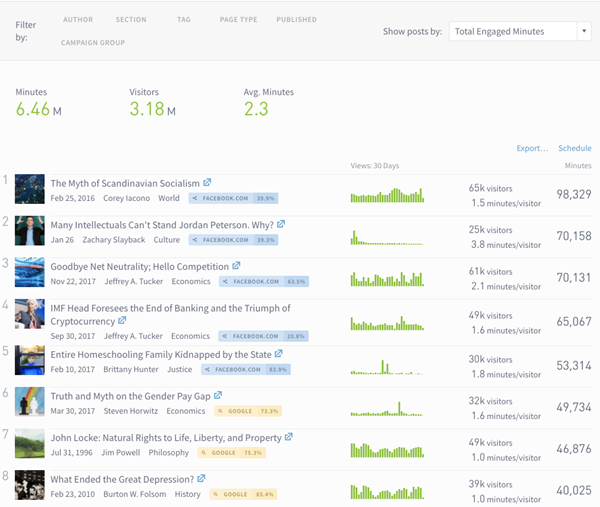