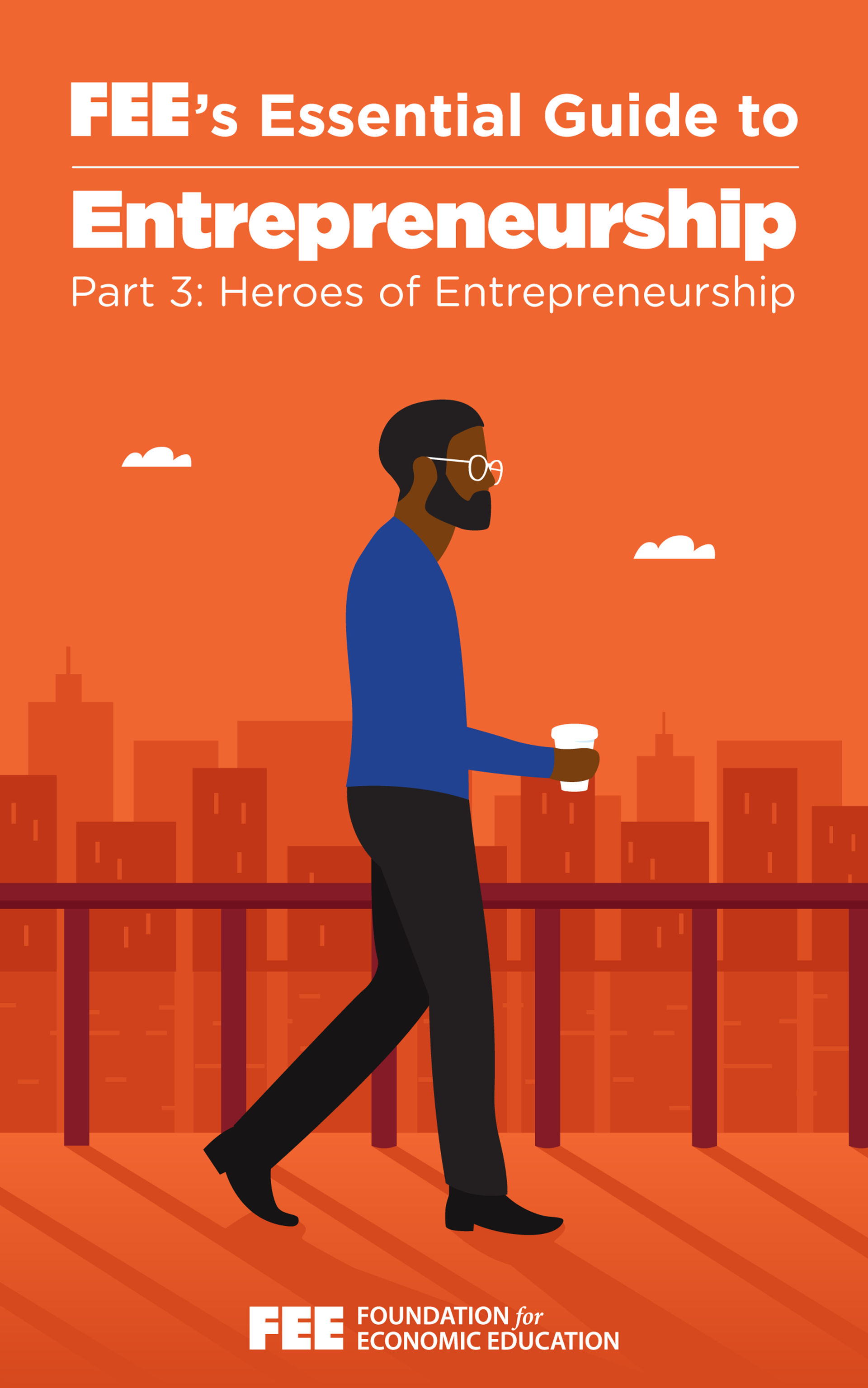 Why do we find stories of entrepreneurs inspiring?

Entrepreneurs are people who don’t accept the world as is, but imagine the world as it could be, and make life more pleasant one improvement at a time. Some of the products they create profoundly change our lives—such as the flush toilet or the airplane, while others improve them little by little in small ways, such as a stool cushion from the founder of Airbnb for sitting through art critiques. Each entrepreneur solves the problems familiar to him using his unique perspective and the resources available to him. The sum of their work has profoundly transformed our lives for the better.

Starting a business is courageous. In the film The Founder, McDonald’s founder Ray Kroc is shown standing in front of the dirt lot which will become his first McDonald’s restaurant. Ray kneels down and scoops a handful of dirt. “Please work this time” he whispers. He has a string of failures behind him and has mortgaged his house to finance his dream of a new kind of fast food restaurant, because no bank would take a chance on him.

This moment really symbolizes the courageous nature of entrepreneurship. No one, including the founder himself, knows whether a business idea will work until that idea is tried in reality. Until all the resources that make a business work are assembled on that dirt lot and put into motion, no formula, no genius, nothing in the universe can know whether the idea will turn a profit. A business is an emergent phenomenon, and a million different variables will come together to determine whether it succeeds or fails. The only way to test the idea is to try it in practice.

Each business success story is different. Not everyone ends up as successful as Steve Jobs, Mark Zuckerberg, or Oprah Winfrey. What founders have in common is their vision of a unique value proposition that only they can contribute, their drive to succeed, their persistence in the face of skepticism and apathy. Whether your definition of success is creating a billion dollar company or a running a thriving small business from your home, we hope these stories will inspire you to take the next step.