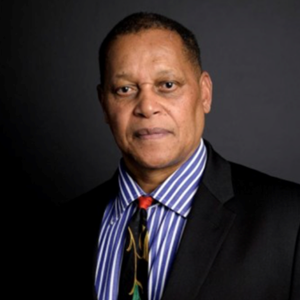 Temba Nolutshungu is director of the Free Market Foundation (FMF). He is also chairman of the Langa Heritage Foundation and trustee of the Helen Suzman Foundation, the Cape Town Carnival and is also a council member of the (SA) Institute of Race Relations. He is a past director of the Victoria & Alfred Waterfront and Langeberg Holdings Ltd. Temba has recently (2017) been appointed as chairman of the Center for Development and Enterprise Great Lakes, a policy thinktank that covers Rwanda, Burundi, and the Democratic Republic of Congo where the office is based.

His political background is rooted in the struggle against apartheid in South Africa. In the early 1970s, he was a pioneer activist of the black consciousness movement.  is dedication to the overthrow of the apartheid system was based on the fact that it was an omnipotent and all-embracing system which sought to limit and control every facet of black people’s lives, from the cradle to the grave. He was detained twice under the Terrorism and General Law Amendment Acts and kept in solitary confinement  The influence of his personal experiences is manifested in his writings and interventions in debates on public policy and generally fires his determination to contribute to the enhancement of the individual liberties of all people. He visited America in 1995 as part of a delegation sponsored by the US – SA Leadership Exchange Programme. He went there again in 2003 as a member of the International Visitor Programme and in 2007 as a member of a panel which addressed the New York State University.