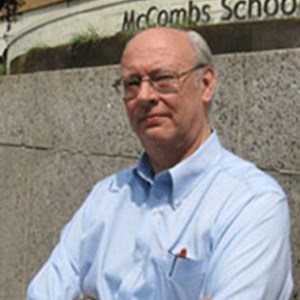 Gary Hoover is the rare combination of a business scholar and practitioner. He began the learning side by studying businesses large and small at the age of 12, and later studying under four Nobel Prize winning economists at the University of Chicago, including Milton Friedman.

His practical side led him to be a stock analyst on Wall Street and then a retail executive at Fortune 500 companies until he started his first company in Austin, Texas over 30 years ago. That was BOOKSTOP, the first chain of giant book superstores, later purchased by industry leader Barnes & Noble.  His second startup evolved into Hoovers.com, the leading website for company information, now owned by Dun & Bradstreet.

In the 2009–10 academic year, Gary served as the first Entrepreneur-in-Residence at the Herb Kelleher Center for Entrepreneurship at the McCombs School of Business at the University of Texas in Austin. There he focused on inciting and inspiring entrepreneurial thinking among students of all types, graduates and undergraduates, inside and outside of the business school. He reviewed approximately 200 business plans and ideas in this role, as well as teaching a Foundations of Entrepreneurship course.

In 2012, Gary was appointed Entrepreneur-in-Residence at the School of Information at the University of Texas at Austin, and in 2015, a Fellow of the IC2 Institute at that University.