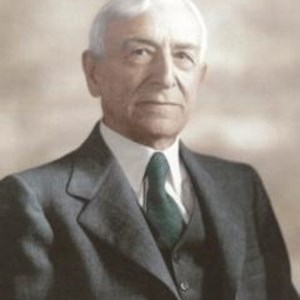 Frank Albert Fetter (1863-1949) was an American economist of the Austrian school. He is considered to be the standard bearer of the Austrian tradition in the period between the founders (Menger, Böhm-Bawerk, and Wieser) and the next generation (Mises and Hayek).

Prior to Mises, Fetter was the world’s leading subjective-value theorist. His 1904 treatise, Principles of Economics, constructed a general theory of economics in the Austrian tradition that went unsurpassed until Ludwig von Mises’s treatise of 1940, Nationaloekonomie.