Why We're Teaching Refugees How to Code

Sitting around in a refugee camp for years in a huge wasted opportunity. 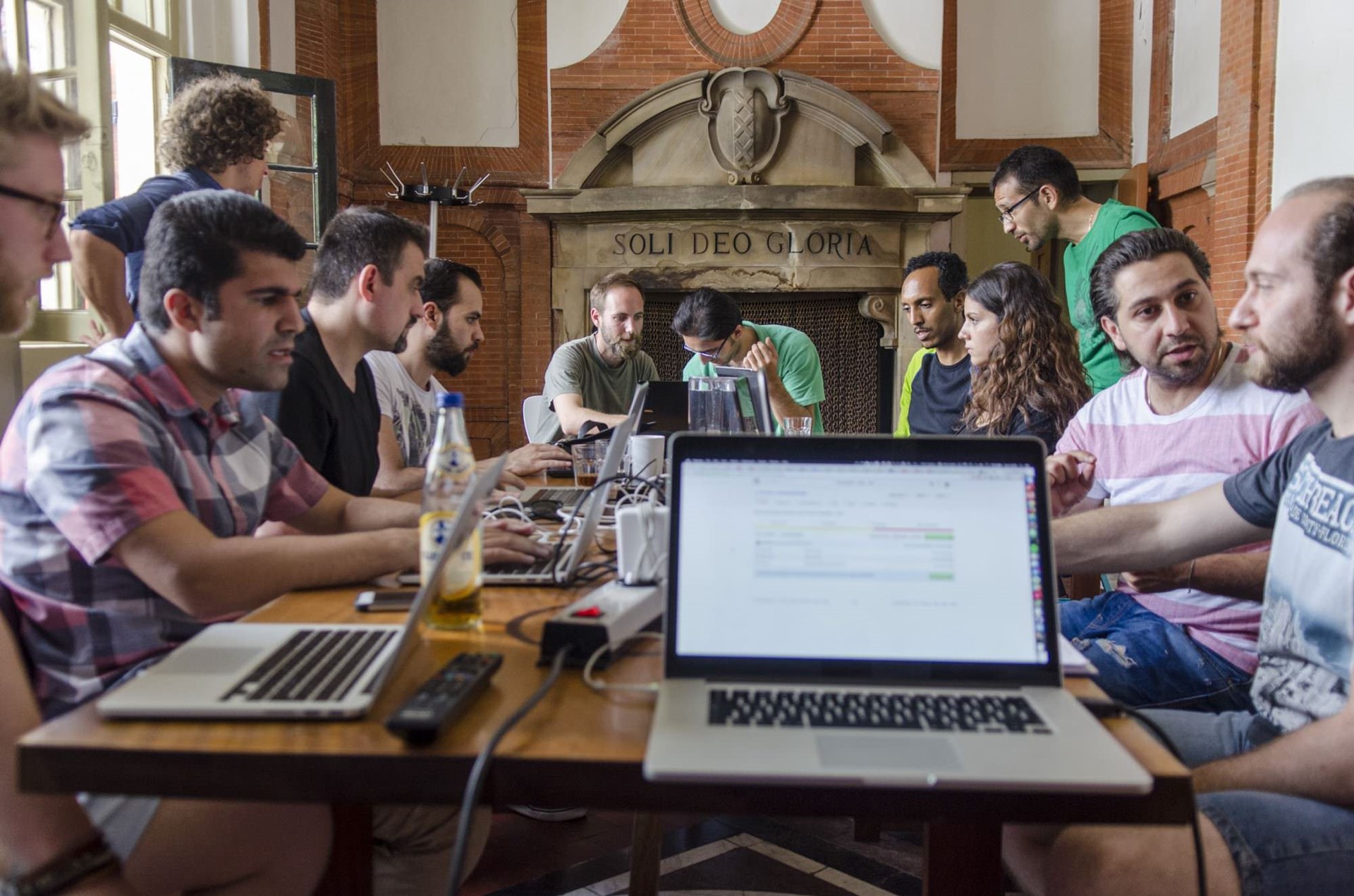 In 2015 and 2016, more than 2 million people fled their home countries seeking refuge in Europe. Europe wasn’t at all prepared for hosting these people, and the Netherlands was no exception.

When large numbers of people started to apply for asylum, they had to wait up to 18 months in a refugee camp for their asylum decision. During this waiting time, they basically have nothing to do. Often they were put in a camp in the middle of nowhere. So they had to time to kill. A lot of time.

I thought this was an enormous wasted opportunity, because refugees in general have to take a lot of steps to become part of society. They have to learn the language. They also have to prepare themselves for the job market.

The past generations of refugees in the Netherlands often ended up in jobs far below their potential. Many (45%) ended up in welfare. This happened due to various reasons, but mainly because they lacked a professional network, and as a result, didn’t have many ins for real employment opportunities.

Why not teach refugees web development while they are waiting in a camp? The facts are not pretty.

As a result, a significant portion of my countrymen started to become anti-immigration, and the far right party becoming the biggest party in the polls.

The way I see it, immigration in itself is neither positive nor negative. It’s about how you as a society make an effort to make immigration work.

And it was time to make an effort.

The opportunity we saw was the following: why not teach refugees web development while they are waiting in a camp? That way they would possess in-demand skills once they receive their asylum, and they can turn around and use those skills to find work.

This way, the Netherlands gains the developers that our companies are in desperate need of, and the refugee is able to provide for themselves and their families. It’s a win-win outcome.

So we got started. We founded our “refugee coding school” HackYourFuture. We selected five highly-motivated refugees from refugee camps camps across the country, and invited them to class every Sunday in Amsterdam. We found some volunteer teachers, and used freeCodeCamp as our curriculum.

We hadn’t planned everything out, but we wanted to get started ASAP and see whether the idea had potential.

From our first class on, we knew we were on to something special.

The students proved to be incredibly motivated, and they made big leaps in their skills in short period of time.

Even though they lived in primitive and chaotic circumstances in the refugee camps – and had gone through terrible things in the past year – they had the perseverance to do well in our very intense program.

Many of them stopped identifying themselves as refugees and started to see themselves as developers. Teaching these people was inspiring, and really rewarding because the students were hanging on every word we’d speak about programming.

After six months, our first batches of students graduated. We used our network to help them find internships and jobs at various companies.

Although some of our students dropped out of our class, the ones who stuck around have significantly improved their lives. Many of them stopped identifying themselves as refugees and started to see themselves as developers.

From that point on we’ve grown quite a bit. Since Jan 2016 we’ve accepted over 100 students in our program. Around half of them are still studying with us, and 28 of our alumni have found jobs or internships at companies all over the country. We’ve also started a HackYourFuture in Copenhagen, Denmark and in London, UK (later rebranded as CodeYourFuture).

When You Teach a Man to Fish

In the meantime, our team of volunteer teachers has grown to around 40 people from all around the world, including refugees themselves.

After finishing our program he has managed to land an internship as front-end developer.

For our teachers, teaching has become a mixture of altruism, doing something that you love, and meeting a lot of like-minded developers. But the most important reason why we teach is we care about our students.

Take our student Sarea for example. He has been in various refugee camps since October 2015, fleeing from war torn Syria. He was forced to leave everything behind: his job, his family, even his wife.

When Sarea started our course, his English was very poor, but he still managed to keep up with the program by just working incredibly hard. After finishing our program he has managed to land an internship as front-end developer at De Bijenkorf.

In his spare time, Sarea developed a web app that enables poor people in Amsterdam to navigate through the maze of support organizations related to poverty. His app turned out to be helpful for many people in their everyday lives, and was ultimately featured in 2 major newspapers. Thousands of people now use his app every month.

Seeing someone grow from a position of being in need of help, to a position where the same person is helping other people in need, is one of the most rewarding experiences I’ve ever had.

At the end of the day, most refugees just want to regain their independence.

I believe teaching someone to program is one of the most valuable gifts you can give, because you enable someone to help themselves and become independent of other people.

At the end of the day, most refugees just want to regain their independence. Their life has been in the hands of governments and strangers for far too long.

Running this school is not always easy. We still have many things to learn. But it’s an absolute honor to work with our students. I have great hopes for their futures. They truly are the reason why our teachers spend most of their Sundays teaching.

If you are interested to help other people to learn how to code, feel free to use our open source curriculum that we’ve developed. It’s a collection of many different coding resources, combined with our own materials and exercises.

Gijs Corstens is the founder of HackYourFuture, a refugee coding school in NL and DK. He cares about how tech can be used to solve societal problems.