The Trump EPA is rejecting the flawed reasoning the Obama administration used to broaden its power under the Clean Air Act in favor of the rule of law. 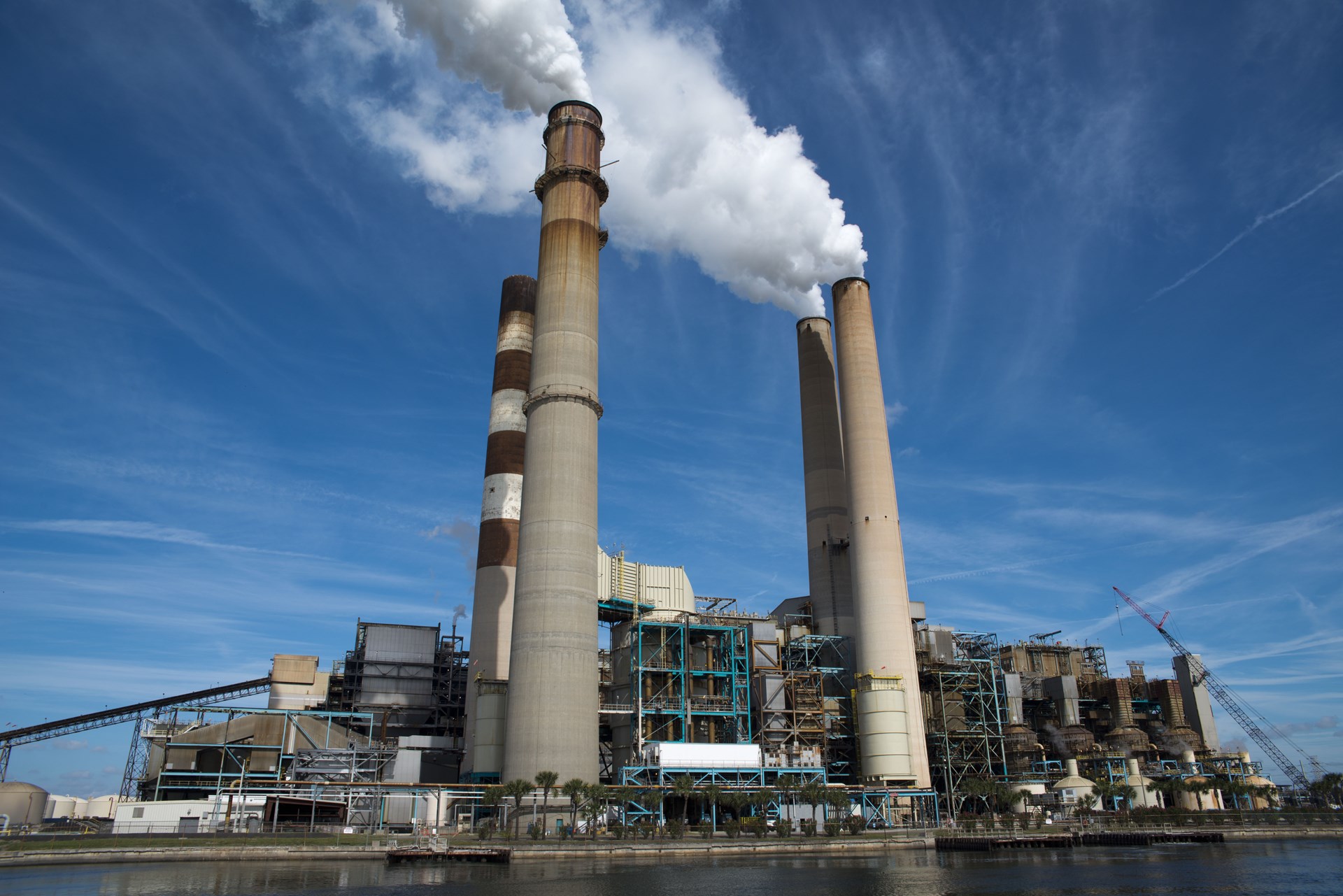 In 2015, the Supreme Court’s Michigan v. EPA decision held that the Obama EPA erred in deciding that regulating mercury emissions as a hazardous air pollutant under Section 112 of the Clean Air Act was “appropriate and necessary.” Now the Trump EPA is proposing to reverse the Obama EPA's decision, and the regulatory authority it handed the agency to impose its costliest regulation ever, triggering sharp media criticisms.

A New York Times article treated it as an attack on the use of benefit-cost analysis and Americans’ health. The Los Angeles Times editorialized that the current proposal was the Trump EPA’s “most harmful step yet,” which “would undermine not only current regulations, but regulatory efforts in the future,” based on “ludicrous” logic and “wonky legalisms.”

Such reactions are highly misleading. They ignore the central issue, which is the “wonky legalism” that the Obama EPA used to bootstrap its mercury ruling into far more power than the Clean Air Act (CAA) gave it over fine particulate emissions. The Trump EPA would reject that in favor of the rule of law.

The EPA’s Mercury Bait and Switch

At the heart of the issue is the difference between the regulation of fine particulate pollution under CAA Sections 108-110 and regulation of toxic emissions, such as mercury, under Section 112.

Under Section 109, the EPA already sets national ambient air quality standards that, “allowing an adequate margin of safety, are required to protect the public health.” But if the EPA has determined that the federal fine particulate standard it set in 2013 is “adequate to protect public health,” that offers them no excuse to further tighten those standards.

Using Section 112 instead of Sections 108-110 would give the EPA almost unlimited command and control over who they could target and how.

Further, under National Ambient Air Quality Standards, the EPA sets standards for fine particulates that states must meet, but the states determine how to meet them, preventing the EPA from singling out coal-fired power plants as “victims,” echoed in President Obama’s assertion that his environmental policies would bankrupt them.

The EPA’s mercury bait and switch created a way for it to overcome both of those CAA limitations. If it could declare mercury a hazardous air pollutant, it could justify tighter mercury regulations. Then they could use those regulations under Section 112 to effectively tighten fine particulate emission restrictions. And using Section 112 instead of Sections 108-110 would also give the EPA almost unlimited command and control over who they could target and how, which Chief Justice Roberts recognized as an “end run” around its statutory limits.

Unfortunately, implementing the mercury gambit under Section 112 required a determination that harm from mercury pollution was great enough that restricting it was “appropriate and necessary,” which proved impossible to do honestly.

The Truth about Mercury Emissions

First, power plants emit only a tiny fraction of the mercury released into America’s air. According to the EPA, annual global mercury emissions were estimated at 7,300 to 8,300 tons, of which only 2,100 tons were anthropogenic in 2005, and of that, US power plants emitted only 53 tons of mercury, which was expected to fall to 29 tons in 2016. Reductions of such a small magnitude (well under 1 percent) in mercury emissions cannot save thousands of lives. In fact, CDC surveys showed blood mercury levels for American women and children to be already below the levels found safe by the EPA, FDA, and WHO, and falling further.

Even with such “creative” assumptions to inflate the damage, the estimated economic gain from reduced exposure to mercury was $6 million or less annually.

To estimate the magnitude of the effects, the EPA could have used a University of Rochester study of the Republic of the Seycheles, whose residents consume types of fish—the primary “carriers” of methylmercury from atmospheric deposition to humans—similar to American diets. But the Center for Science and Public Policy found that the study of high-dose exposure, which followed the same children from six months to nine years of age, found “no observable health effects associated with fish consumption in which methylmercury is present.” So the EPA ignored it.

Instead, the EPA based its criteria on a study of Faroe Islanders. Not only do they eat more fish, their diets include a great deal of pilot whale meat and blubber. That gives them not only far higher doses of mercury but also of PCBs. Further, they ingest little selenium (which limits conversion to methylmercury) or fruits and vegetables. Given that in epidemiology the most basic principle is that “the dose makes the poison,” their circumstances are irrelevant to Americans.

As the Center for Science and Public Policy concluded, “The Faroe Islands study should not be the sentinel study upon which assessment of methylmercury intake via should be gauged.”

But on that flimsy basis, the EPA constructed a model of hypothetical women who “consume extreme quantities (at the 99th percentile) of the most contaminated fish from the most contaminated bodies of water,” according to the Cato Institute’s Amicus brief. It added a 50 percent “cooking adjustment factor.” It then estimated “the potential effect of this exposure on their hypothetical children’s neurological development in utero.” That effect was minuscule.

The EPA itself found that only “between 1 and 3 percent of women of childbearing age (the group of most concern) eat sufficient amounts of fish to be at risk from methylmercury exposure,” and the FDA and most states already issue strong advisories for consumers to limit their intake. Even with such “creative” assumptions to inflate the damage, the estimated economic gain from reduced exposure to mercury, which is the sole justification for mercury regulation spelled out under CAA Section 112, was $6 million or less annually.

The EPA Mercury Rule Is Unjustified and Punitive

Because those benefits were dwarfed by up to $9.6 billion in annual costs, the “appropriate and necessary” standard for mercury regulation was laughably unmet. So the EPA simply ignored the costs at that point (which the Supreme Court found could not allow the issue to be seriously addressed), allowing it to deem that the very small and very questionable benefits it “found” justified Section 112 regulation, even though the costs were 1,600 times the benefits relevant under that section.

Newspapers and other supporters of President Obama’s agenda never wanted anyone to notice the egregious overstepping of the EPA’s regulatory powers involved in the mercury case.

Only after that very large finesse of its legal limits, when addressing what regulations could be imposed as a result, the EPA asserted a massive claimed co-benefit of reduced fine particulate emissions to justify it. However, that was strongly at odds with its own determination that such fine particulate regulations were already “adequate to protect public health.” Further, it could not justify onerous Section 112 “remedies” in any event since fine particulates are regulated under different sections that don’t provide such powers.

Newspapers and other supporters of President Obama’s agenda never wanted anyone to notice the egregious overstepping of the EPA’s regulatory powers involved in the mercury case. Now, to preserve what following the law would undo, they are following the same script, including rhetorical red herrings to distract Americans from seeing the real issue.

But the EPA’s mercury machinations were never about protecting Americans’ health. It was a regulatory power grab to sidestep the Clean Air Act’s limits, as its purpose-built “backdoor” reveals. It was to transmute supposed environmental public servants into people Americans would have to serve. Consequently, we should recognize that rather than being “appropriate and necessary,” the EPA mercury rule is both unjustified and punitive.