This approach isn’t practical, even from a left-wing perspective.

Economics Taxation Democratic Socialism Economic Education
She’s not quite as bad as Matt Yglesias, who wants a top tax rate of 90 percent (a rate that Crazy Bernie also likes), but Congresswoman Alexandria Ocasio-Cortez is not bashful about wanting to use the coercive power of government to take much larger shares of what others have earned.

And she doesn’t want to take “just” half, which would be bad enough. She wants to go ever further, endorsing a top tax rate on household income of 70 percent. 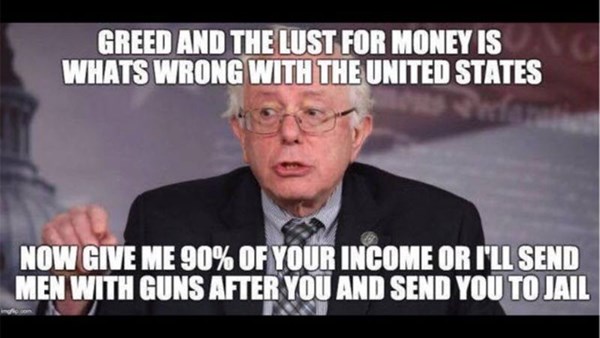 Those of you with a lot of gray hair may recall that’s the type of punitive tax regime we had in the 1970s (does anybody want a return to the economic misery we suffered during the Nixon and Carter years?).

So it’s very disturbing to think we may get an encore performance.

Here are some excerpts from a Politico report:

Rep. Alexandria Ocasio-Cortez (D-N.Y.) is floating an income tax rate as high as 60 to 70 percent on the highest-earning Americans… Ocasio-Cortez said a dramatic increase in taxes could support her “Green New Deal” goal of eliminating the use of fossil fuels within 12 years… “There’s an element where yeah, people are going to have to start paying their fair share in taxes.” …When [Anderson] Cooper pointed out such a tax plan would be a “radical” move, Ocasio-Cortez embraced the label… “I think that it only has ever been radicals that have changed this country,” Ocasio-Cortez said. “Yeah, if that’s what radical means, call me a radical.”

There are many arguments to make against this type of class-warfare policy, but I’ll focus on two main points.

First, this approach isn’t practical, even from a left-wing perspective. Simply stated, upper-income taxpayers have considerable control over the timing, level, and composition of their income, and they can take very simple (and completely legal) steps to protect their money as tax rates increase.

If you don’t believe me, check out the IRS data on what happened in the 1980s when Reagan dropped the top tax rate from 70 percent to 28 percent. Revenues from those making more than $200,000 quintupled. 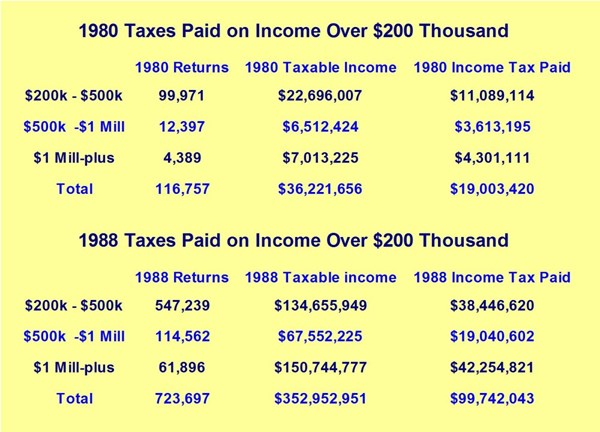 Ms. Ocasio-Cortez wants to run that experiment in reverse. That won’t end well (assuming, of course, that her goal is collecting more revenue, which may not be the case).

Second, higher tax rates on the rich will have negative consequences for the rest of us. This is because there is a lot of very rigorous research that tells us:

And I didn’t even include the potential costs of out-migration, which doubtlessly would be significant since Ms. Ocasio-Cortez would impose the developed world’s most punitive tax regime on the United States.

I’ll close by recycling this video on the harmful impact of punitive tax rates.

P.S. Today’s column focused on the adverse economic impact of a confiscatory tax rate, but let’s not forget the other side of the fiscal equation. Ms. Ocasio-Cortez wants to finance a “green new deal,” which presumably means a return to Solyndra-style scandals.

P.P.S. There is some encouraging polling data on class-warfare taxation.