Not only is real competition a valid alternative, it would be far superior.

Image by Pope Moysuh on Unsplash

The US Postal Service has recently made a comeback in the headlines. Not only has the red ink it has long bathed in gotten deeper, but now it has become embroiled in mudslinging over vote-by-mail issues, such as people failing to get the ballots mailed to them and possible delays in processing election results, using that to make “new and improved” monetary bailout requests, with politicians and letter carrier unions attacking any cutbacks in service, even down to dropping underutilizing drop boxes.

With the Postal Service's massive and unsustainable losses, what is striking is that even with a new reformer in charge, there is virtually no consideration of abandoning the USPS’s monopoly on first-class mail, allowing rivalry from private providers to reveal the services and prices market competition could offer. Not only does competition have a long record of success in countless products and services, but history shows it is not impossible in postal services. As Adam Summers has written,

Several private mail entrepreneurs sprouted up from about 1839–1851. While they were eventually shut down by the government, they proved that private mail delivery was possible. And the competition they provided forced the government to drastically reduce its prices in the process.

Summers brings up an important question: What so blinds us to even the possibility of allowing postal competition? He is not the first to ask that question. Leonard Read, wellspring of the Foundation of Economic Education and tireless advocate of “freedom philosophy,” wrote about the postal monopoly several times, starting more than half a century ago. The current mail meltdown makes it worth revisiting his understanding. Consider his insights from “Pre-Emptors: Agents of Destruction” in Comes the Dawn (1976) and “Causes of Authoritarianism” in Why Not Try Freedom? (1958):

Today, even the massive, ongoing failures of the US Postal Service and the new political attention being drawn to it seem unable to overcome a pervasive blindness to the potential of competition to benefit Americans. That vindicates Leonard Read’s insight that not only are the ideas and the benefits that freedom can create often preempted by government, but that people can, as a result, lose the belief that a free society can do those things that have been coercively crowded out. And, in his ominous words, “A decline in faith in free men and what they can accomplish results in a rising faith in disastrous authoritarianism.”

The current postal situation offers a chance to rethink what many have been lulled into taking for granted. Not only is real competition a valid alternative, despite our inability to know in advance precisely what it would look like, but if the history of freedom is any guide, it would be far superior. 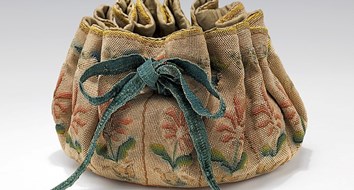 Making a Silk Purse Out of a Pig’s Earmark