Why Do We Keep Rewarding the State for Its Incompetence?

We are flouting both ancient and modern wisdom. 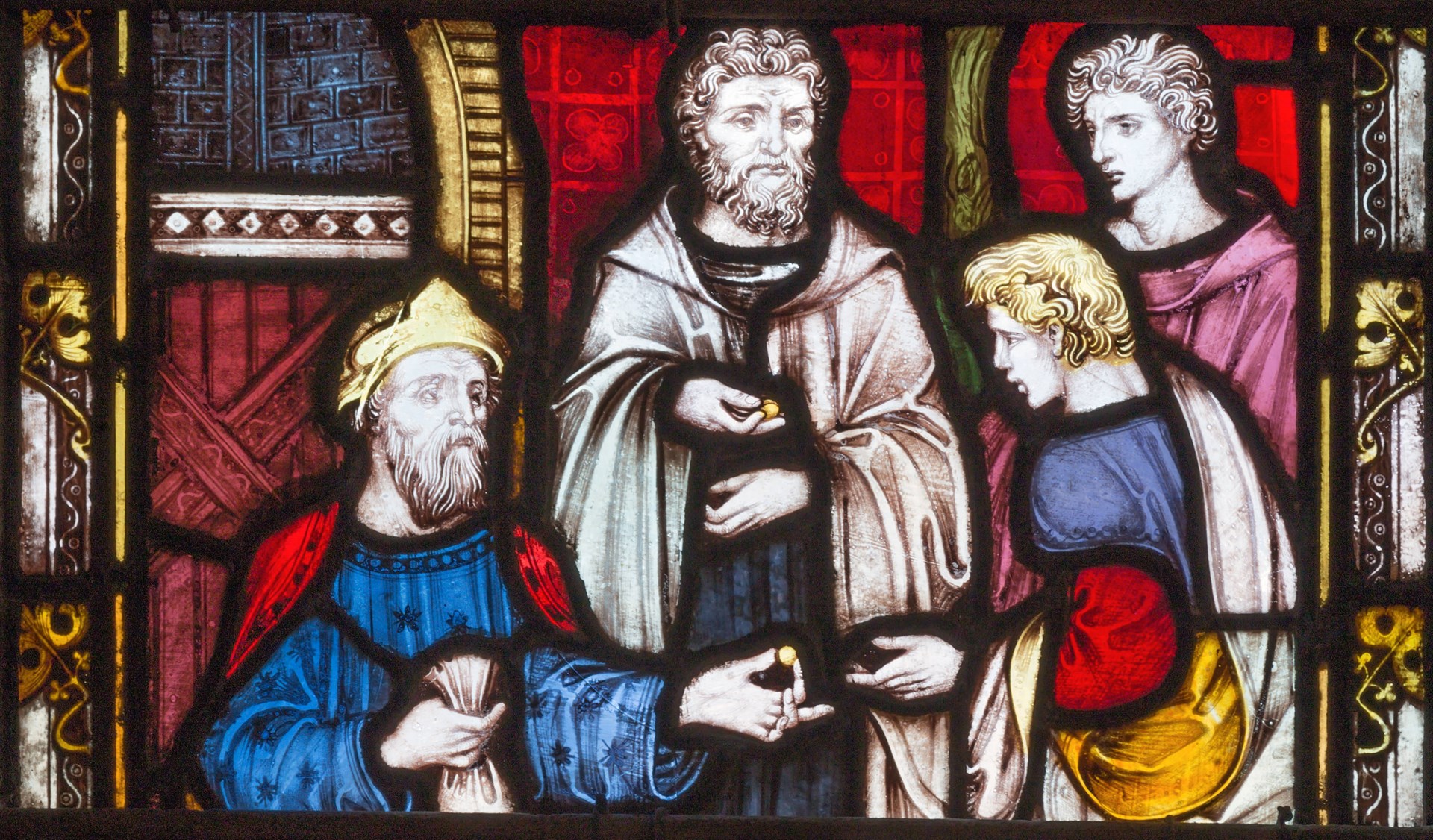 The Parable of Talents on the stained glass in St Mary Abbot's church on Kensington High Street. (Shutterstock)

Before I sat down to write today, I experienced an interesting coincidence. In short order, I had seen FEE’s Words and Numbers podcast by Antony Davies and James R. Harrigan, titled, “Why Does Government Keep Expanding?”

I heard the news of a possible two-year political budget deal that would throw more money at both Democrat and Republican causes (with the tax cut not far in the rearview mirror, obviously to be deficit-financed), and came across Herbert Spencer’s discussion of reading the Biblical parable of the talents backwards, which provides a very powerful analysis of why expanding government is a bad idea, from the perspective of citizens’ well-being. According to Wikipedia, in the Parable of the Talents:

"...a master puts his servants in charge of his goods while he is away on a trip. Upon his return, the master assesses the stewardship of his servants. He evaluates them according to how faithful each was in making wise investments of his goods to obtain a profit. It is clear that the master sought some profit from the servants’ oversight. A gain indicated faithfulness on the part of the servants. The master rewards his servants according to how each has handled his stewardship. He judges two servants as having been “faithful” and gives them a positive reward. To the single unfaithful servant, who “played it safe”, a negative compensation is given."

The cautious thinker may reason “If in personal affairs, where all the conditions of the case were known to me, I have so often miscalculated.

I was so struck by the aptness of Spencer’s insights from his essay, “Over-legislation,” first published in the July, 1853, Westminster Review, and reprinted in his The Man Versus The State, to the still-being-negotiated two-year spending boost deal, that I thought I would share it with an audience who would appreciate it.

The cautious thinker may reason—“If in...personal affairs, where all the conditions of the case were known to me, I have so often miscalculated, how much oftener shall I miscalculate in political affairs, where the conditions are too numerous, too widespread, too complex, too obscure to be understood...I am struck with the incompetence of my intellect to prescribe for society.”

There is a great want of this practical humility in our political conduct...while every day chronicles a failure, there every day reappears the belief that it needs but [a law] and a staff of officers to effect any end desired.

Did the State fulfil efficiently its unquestionable duties, there would be some excuse for this eagerness to assign it further duties. Were there no complaints of its faulty administration of justice...of its playing the tyrant where it should have been the protector...had we, in short, proved its efficiency as judge and defender...there would be some encouragement to hope for other benefits at its hands.

Or if...the State had proved itself a capable agent in some other department...though it has bungled in everything else, yet had it in one case done well...the sanguine would have had a colourable excuse for expecting success in a new field.

As it is, however, they seem to have read backwards the parable of the talents. Not to the agent of proved efficiency do they consign further duties, but to the negligent and blundering agent. Private enterprise has done much, and done it well... Therefore, do not trust private enterprise...trust the State. Slight the good and faithful servant, and promote the unprofitable one.

Ill as government discharges its true duties, any other duties committed to it are likely to be still worse discharged. To guard its subjects against aggression, either individual or national, is a straightforward and tolerably simple matter; to regulate, directly or indirectly, the personal actions of those subjects is an infinitely complicated matter.

It is one thing to secure to each man the unhindered power to pursue his own good; it is a widely different thing to pursue the good for him. To do the first efficiently, the State has merely to look on while its citizens act; to forbid unfairness; to adjudicate when called on; and to enforce restitution for injuries. To do the last efficiently, it must become an ubiquitous worker—must know each man’s needs better than he knows them himself—must, in short, possess superhuman power and intelligence. Even, therefore, had the State done well in its proper sphere, no sufficient warrant would have existed for extending that sphere; but seeing how ill it has discharged those simple offices which we cannot help consigning to it, small indeed is the probability that it will discharge well offices of a more complicated nature.

Between these law-made agencies and the spontaneously-formed ones, who then can hesitate? The one class are slow, stupid, extravagant, unadaptive, corrupt, and obstructive: can any point out in the other, vices that balance these? It is true that trade has its dishonesties, speculation its follies. These are evils inevitably entailed by the existing imperfections of humanity. It is equally true, however, that these imperfections of humanity are shared by State-functionaries; and that being unchecked in them by the same stern discipline, they grow to far worse results.

Given a race of men having a certain proclivity to misconduct...the question is, whether a society of these men shall be so organized that ill-conduct directly brings punishment, or whether it shall be so organized that punishment is but remotely contingent on ill-conduct? Which will be the most healthful community— that in which agents who perform their functions badly, immediately suffer by the withdrawal of public patronage; or that in which such agents can be made to suffer only through an apparatus of meetings, petitions, polling-booths, parliamentary divisions, cabinet-councils, and red-tape documents? Is it not an absurdly utopian hope that men will behave better when correction is far removed and uncertain than when it is near at hand and inevitable? Yet this is the hope which most political schemers unconsciously cherish... what they propose to have done, they assume the appointed agents will do. That functionaries are trustworthy is their first postulate. Doubtless, could good officers be ensured, much might be said for officialism; just as despotism would have its advantages could we ensure a good despot.

Hence then the fact, that while the one order of means is ever failing, making worse, or producing more evils than it cures, the other order of means is ever succeeding, ever improving. Strong as it looks at the outset, State-agency perpetually disappoints everyone. Puny as are its first stages, private effort daily achieves results that astound the world.

Where, then, is the warrant for the constantly proposed extensions of legislative action?...In a large class of cases, government measures do not remedy the evils they aim at...in another large class, they make these evils worse instead of remedying them...in a third large class, while curing some evils they entail others, and often greater ones; if...public action is continually outdone in efficiency by private action; and if... private action is obliged to make up for the shortcomings of public action...what reason is there for wishing more public administrations? The advocates of such may claim credit for philanthropy, but not for wisdom; unless wisdom is shown by disregarding experience.

If, where a fair share of intelligence might be expected to lead them right, legislators and their officers go so wrong, how terribly will they err where no amount of intelligence would suffice them—where they must decide among hosts of needs, bodily, intellectual, and moral, which admit of no direct comparisons; and how disastrous must be the results if they act out their erroneous decisions.

In his Introduction to The Man Versus The State, Albert Jay Nock did an excellent job of capturing Spencer’s core belief, instructed by logic and history. It was that:

That view is why connections can be traced between Spencer and people like Friedrich Hayek, Murray Rothbard, William Graham Sumner, Robert Nozick, Leonard Read, and many others who saw the incomparable importance of liberty for effective, moral, social cooperation. And we would be well-advised to learn from, and oppose, continuing to read backward the parable of the talents.

Herbert Spencer (1820-1903) was one of the leading 19th century English radical individualists. He began working as a journalist for the laissez-faire magazine The Economist in the 1850s. Much of the rest of his life was spent working on an all-encompassing theory of human development based upon the ideas of individualism, utilitarian moral theory, social and biological evolution, limited government, and laissez-faire economics.