When Academia Turns into Fight Club

Libertarian and conservative scholars from a variety of disciplines have raised a number of criticisms about Nancy MacLean’s "Democracy in Chains." 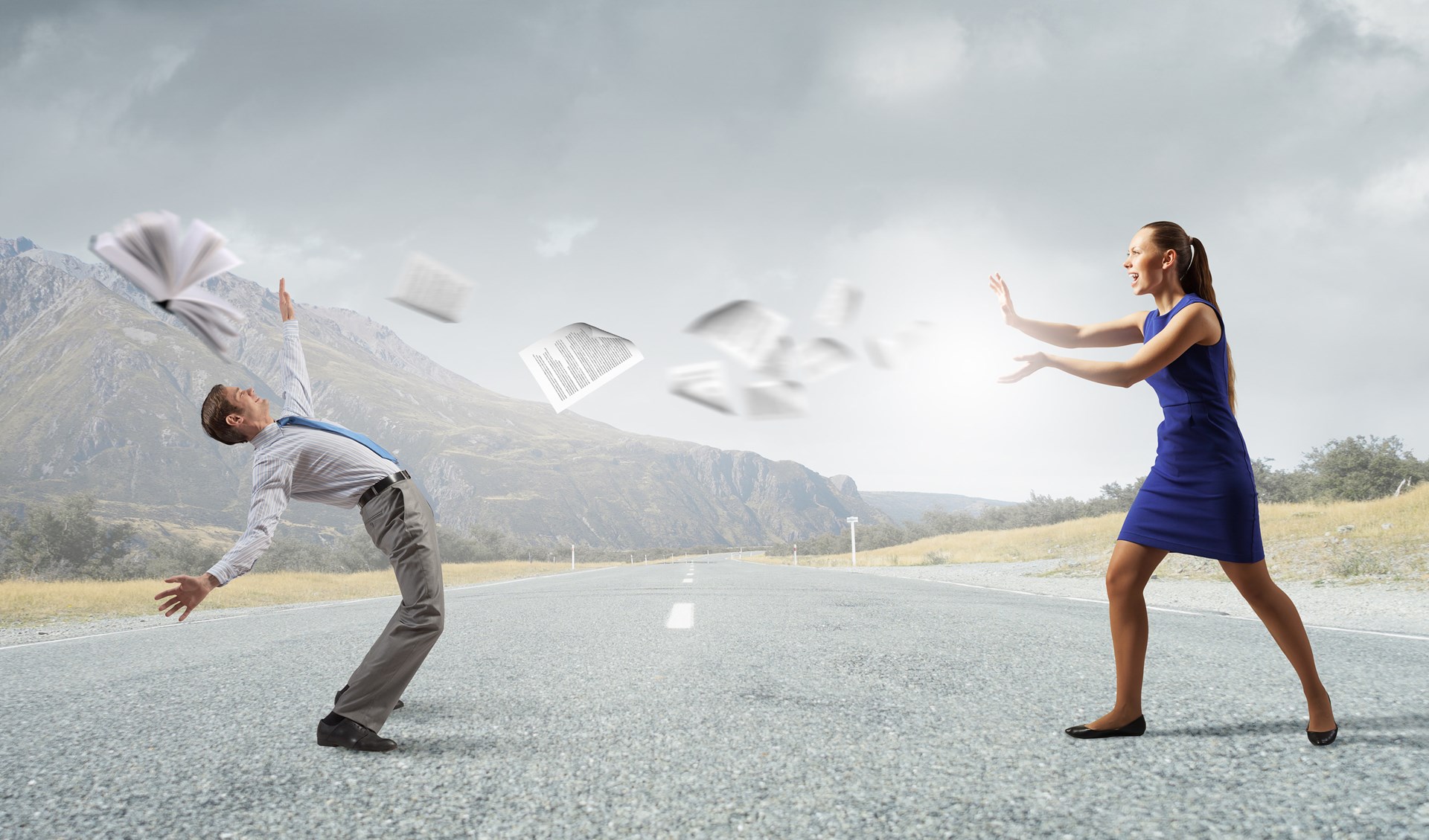 What do academics do for excitement over the summer, you ask? This summer many of us have been engaged in a furious debate over the new book Democracy in Chains by Duke historian Nancy MacLean.

Libertarian and conservative scholars from a variety of disciplines have raised a number of criticisms about MacLean’s sources and her accuracy about historical facts that call into question the “evidence” she has to show that economist James Buchanan and public choice theory, if not libertarianism more generally, are all tools of racist oligarchs like the Koch Brothers.

MacLean has continued this narrative of being “under attack” in various interviews.

Rather than rehash all of the particular criticisms, I want to focus on the controversy that has developed over the criticisms themselves. It’s important to understand that the libertarian critics of MacLean have carefully compared passages in her book with her cited sources and showed how she has misread and quoted selectively from them, often leading her to attribute to people the exact opposite of the argument they actually held. These criticisms have been posted publicly on blogs and websites. These are not just vague accusations. They are detailed examples of poor scholarship.

But the fascinating part has been her response. And her lack thereof.

Everyone Is under Attack

MacLean has offered no substantive response to the detailed criticisms. She had one exchange with Russ Roberts over her treatment of Tyler Cowen, but even there she did not respond to the substance of Russ’s concerns. Other than that, nothing.

What she did do, however, was put up a long Facebook post that reads like a combination conspiracy theory tract and call to action for progressive activists. The short version is that she claimed she was under “attack” from a conspiracy of “Koch operatives” who were paid hacks out to destroy her book and her reputation and silence her. She claimed, then retracted when she found out it couldn’t be done, that the Kochs had bought Google results to put the critics at the top of searches. She encouraged her supporters to game the Amazon reviews by posting positive reviews and down-voting the “fake” Koch reviews.

We don’t want to silence her – we eagerly await her response.

She has continued this narrative of being “under attack” in various interviews, and most recently in a story in Inside Higher Ed, where fellow progressives echo this language.

This notion of being “attacked” is particularly fascinating to me. Let’s be clear what she means: people who know a lot about Buchanan, public choice theory, and libertarianism have taken issue with her scholarship and have patiently and carefully documented the places where she has made errors of fact or interpretation, or mangled and misused source materials and quotes. That is all that they have done.

None of this was coordinated nor was it part of a conspiracy from the Koch brothers. It was scholars doing what scholars do when they are confronted with bad scholarly work, especially when it touches on issues we know well.

None of these critics, and I am among them, have called for physical violence against her. None have contacted her employer. None have called her publisher or Amazon to have the book taken down. Contrary to her claim, the only silence in this whole episode is her own refusal to respond to legitimate scholarly criticism. We don’t want to silence her – we eagerly await her response.

So where is this language of “attack” coming from? Here is where I think the political right bears some responsibility for the current situation. And to the degree libertarians have cast their lot with “the right,” we are seen as guilty by association. Call it blowback if you will.

In the last year or two, progressive intellectuals and academics have been threatened with violence and had their employers contacted, not to mention threats made from politicians, on the basis of public statements they’ve made. Yes, some of those statements were deplorable, but that is no excuse for threatening people’s physical safety or their jobs. These are real attacks, not intellectual criticisms.

We should also not forget the anti-intellectual “Professor Watch List” put up by TurningPoint USA, which gave left-leaning faculty more reason to imagine coordinated and conspiratorial attacks.

And yes, all of this was not done by conservative or libertarian intellectuals, but they were done by activists associated with “the right,” and that is all that progressives need to find the intellectuals guilty by association.

Conservatives and libertarians need to consistently take the high road.

It probably also matters, though less so, that many conservative and libertarian students have referred to themselves as “under attack” in college classrooms. In my 30 years of teaching experience, what they call “under attack” is far more often than not simply having their views strongly challenged and being expected to defend them. In other words, exactly what MacLean is experiencing.

This is not being “attacked.” It is what college classrooms and scholarly conversation are all about.

Unfortunately, the real attacks on left-wing faculty (and yes, there have been ones on right-wing ones too) have provided MacLean’s defenders with a convenient word to use to blur the difference between legitimate, but forceful, scholarly criticism, and threats of violence or silencing.

Conservative critics of higher education should take this to heart. When you whip people into a frenzy over the crazy things that a small number of faculty say on Twitter, or because of legitimate concerns about the treatment of a small number of conservative speakers, the whipped up folks are going to do things you wish they wouldn’t. And that’s going to lead to blowback.

I implore those sympathetic to our cause to be on their best behavior on social media.

As a libertarian academic who frequently speaks at public events on other campuses, I do have low-level concerns about my safety. And if I were a progressive academic, I’d have similar fears given the way some of them have been treated, especially by politicians. Calling the intellectual criticisms of her book a coordinated conspiracy heads MacLean into Alex Jones territory, but given the current climate, it shouldn’t surprise us that she and her supporters feel “under attack.”

But notice the result: a book that smears libertarian and conservative ideas on the basis of shoddy scholarship gets attention because the author claims she’s under attack when she is called out in careful detail by other scholars. The real attacks on left-leaning faculty enable her to claim victimhood by association while using guilt by association to blame the conservative and libertarian intellectuals who are criticizing her work.

Once we head down the road, whether caused by the left, right, or libertarians, of turning intellectual disagreements into threats of violence, or threats to employment, or anything of that sort, the social losses are huge. Indeed, once both threats to people’s safety and employment and sharp intellectual disagreement become “attacks,” we will lose our ability to recognize the moral and intellectual difference between the two, and our disgust at the threats will weaken. And to the degree that the left largely dominates the intellectual world, conservatives and libertarians will be the biggest losers when academia turns into Fight Club.

So what to do? First, call off the dogs. Conservatives and libertarians need to consistently take the high road, as many of the intellectuals have tried to do in response to MacLean’s book. The hard part is getting right-wing media, both traditional and social media, to do the same. Those of us who care about intellectual standards have to publicly call out our own when they whip up anti-intellectual and anti-higher education frenzies.

Second, implore our left-wing friends of integrity to do the same. The most important thing that can happen to end this arms race is for scholars of integrity on the left to call out people like MacLean, both for their shoddy scholarship and their hyperbolic use of the language of conspiracy and attack. A strongly critical review of her book by a historian or economist of the center or left would go a long way to addressing the specific concerns it raises and could set a necessary example for others.

In the meantime, those of us critical of MacLean will continue to document her errors and press publicly for a response. And we’ll do so with the most proper of scholarly etiquette. I implore those sympathetic to our cause to be on their best behavior on social media as well. She and her supporters need no more ammunition.