What to Expect when You're Expecting: Laws, Regulations, and Government Interference

How can maternal mortality be increasing in one of the wealthiest and most technologically advanced countries in the world? 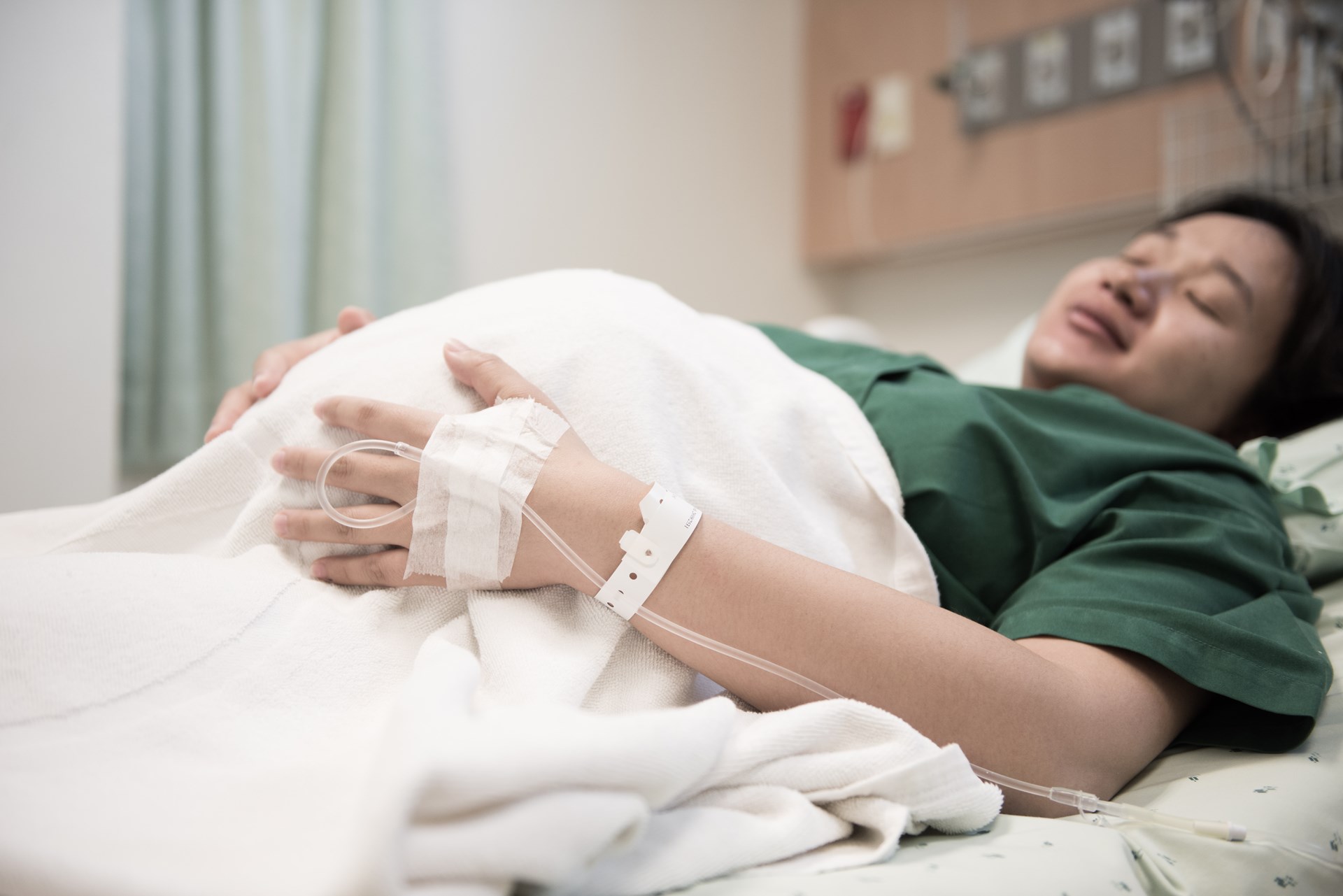 In one of the wealthiest and most technologically advanced countries in the world, how could maternal mortality be increasing?

The United States has the worst rate of maternal deaths in the developed world, NPR reports. Some of these deaths are due to poor maternal health, but a big part of the problem is high rates of intervention.

No medical reason exists for the level of intervention for most women.We often talk about the US health care system being broken, but usually the focus is on the problem of uninsured Americans or the costs of care in general. What gets less attention are the ways our health care system harms some of our most fundamental rights, including the right to control what happens to our bodies.

For starters, let’s look at how a typical American woman gives birth.

While in the hospital, more than 40% of these mothers will have their labor chemically induced, and more than 30% of those induced mothers will end up with a cesarean section. Many more will be hooked up to machines and monitored, prevented from moving or even eating and drinking during labor, and in some cases subjected to vaginal exams and other invasions of their bodies they don’t meaningfully consent to. Most birthing women have little understanding of the risks and benefits of any of these procedures.

All these restrictions and invasions of the mother’s body are done ostensibly for the sake of hers and the baby’s health, but no medical reason exists for this level of intervention for most of these women. In other words, the vast majority of childbirths could happen as or even more safely if the mother were able to move around, eat, drink, and avoid invasive interventions.

Why Women Can’t Use Hospital Alternatives for Childbirth

If all this hospitalization and treatment actually helped, maybe the economic and human costs would be worth it.As it turns out, alternatives exist that lower intervention rates, lower costs, and provide more satisfactory care. These alternatives include freestanding birth centers and home births, and many European countries use these options as a foundational part of maternity care with great success. But most American women cannot take advantage of these options, either because they do not know they exist, insurance does not cover them, or they don’t exist in their area.

If all this hospitalization and treatment actually helped keep women and babies safe, maybe the economic and human costs would be worth it. But it doesn’t, and they aren’t.

So why do American women give birth like this? What the average new mother does not know is that her choices surrounding how her baby is delivered and how her body is treated during labor and delivery are limited by a tangle of regulations and laws.

In many states, birth centers must go through a certificate of need (CON) process. They have to ask the permission of their direct competitors ­– hospitals – to enter the market. Entrepreneurial midwives and obstetricians must pay tens, sometimes hundreds, of thousands of dollars in application and legal fees to navigate the CON process.

In New York State, for example, entrepreneurs must already have their space rented at the beginning of the CON process, which can itself take a year, thus forcing them to pay rent on an empty facility while they ask permission of their direct competitors to enter the market. Guess how often that permission is denied? Frequently.

Midwives and obstetricians must pay tens, sometimes hundreds, of thousands of dollars in fees to navigate the CON process.In addition to getting through the CON process, birth centers in most states are legally required to have a written consulting agreement with a physician. Such agreements increase physician malpractice insurance rates, so many are unwilling to sign such agreements.

Moreover, birth centers must enter written agreements with hospitals to transfer their patients in case of an emergency, even though hospitals are already mandated by law to treat anyone who shows up in need. Birth centers cannot operate without these consultation and transfer agreements.

Doctors and hospitals can pull out of an agreement at any time, which means birth centers are at the total mercy of their direct competitors not only to enter the market but to stay in business, even if they are financially successful and providing high quality care.

As a result of the regulatory tangles providers find themselves in, despite the 4 million women who give birth in the United States every year, only around 300 birth centers exist to provide out-of-hospital care. This despite the fact that hospitals in many rural areas are closing their maternity wards, leaving women to drive many miles while in labor to find adequate facilities to deliver their babies, putting themselves and their babies at risk.

Making the situation even more complex is that until recently, Medicaid did not reimburse patients for using birth centers at all, and now that it does (in some states), the reimbursement rates are laughable. Many birth centers do not accept Medicaid at all because the reimbursement rates are so low that they threaten the facility’s continued existence (in states like New Jersey, reimbursement is as low as $250 per birth for care that costs birth centers $2000 or more to provide). Yet Medicaid reimburses hospitals for the exact same birth at nearly 30 times that rate (an average of $7,000). Government insurers are therefore paying more for women to receive lower quality care.

Of course, part of the difference in reimbursement rates occurs because the reimbursement rates for hospitals do not just cover that average woman’s uncomplicated birth, but also more complicated ones. But another part of it is that government reimbursement policies are fundamentally broken. Because Medicaid payment rates do not clearly track or relate to the care being provided or its quality, they create dramatic access barriers to higher quality care.

Some women decide that in order to get the birth experience they want, they will opt out of the system altogether, paying for birth out of pocket at home. That seems like a reasonable exertion of free choice. But government intervention doesn’t stop at hospital doors. Women in many states who want to give birth at home may find that there are no legal providers to assist them.

Government intervention doesn't stop at hospital doors – it's restricted home births too.Until this month, home birth with a certified nurse midwife was illegal in Alabama, for example – any midwife who attempted to assist a woman in labor was subject to criminal prosecution. In still other states, birthing mothers who seek an alternative practitioner are limited to certified nurse midwives, who almost always operate in hospitals.

In many states, women who refuse unnecessary hospital procedures or who attempt home births are subject to state involvement, including threats from Child Protective Services. Things are even worse for women who want a vaginal birth after cesarean (VBAC), which many hospitals prohibit. But most American women, who don’t know that better alternatives exist or who don’t have access to those alternatives, continue to give birth in hospitals where their freedom to control their bodies is extremely limited.

This kind of government activity does not just affect birthing women. Government intervention affects your access to at-home care, urgent care centers, decent and high quality primary care, and a range of other options that can lower costs and increase the quality of care. Until we are fully aware of how our choices are limited – even before we step into the hospital – by CON laws, licensing laws, reimbursement policies, and other regulations, our bodies will continue to be used and abused by the monopolists who control them.

Lauren has is Associate Professor of Political Science at the College of Liberal Arts, Rochester Institute of Technology. She is also a member of the FEE Faculty Network.