Harvesting Psyche would not cause an economic collapse. If that much gold could cheaply be brought to market it would be a boon, not a bust. 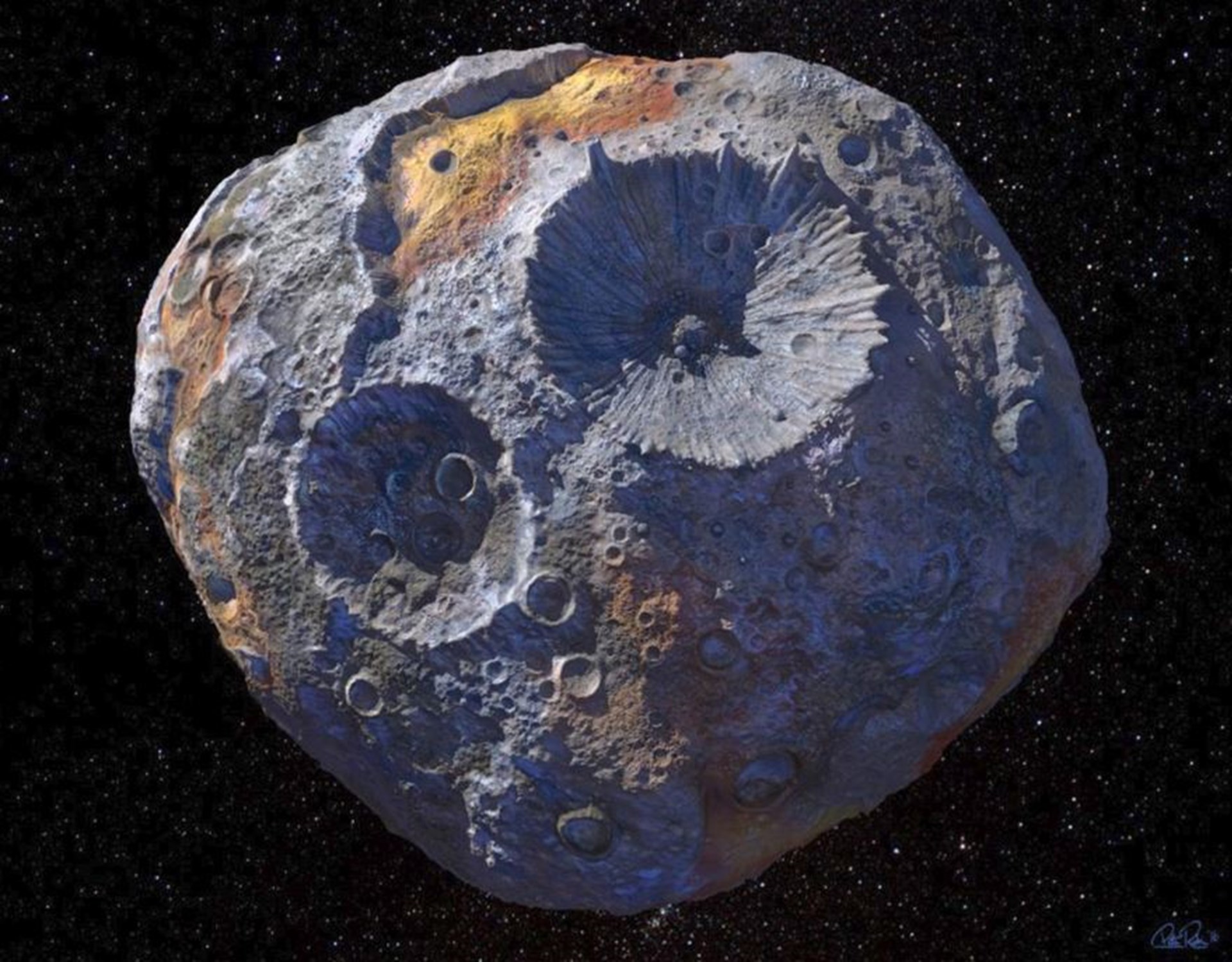 In Greek mythology, Psyche was a woman of such beauty that she inspired jealousy in the love goddess Venus. The 19th-century Italian astronomer Annibale de Gasparis named a massive asteroid after her. How appropriate that it turns out that 16 Psyche, one of the biggest asteroids in the asteroid belt, is made out of a metal famous for inspiring lust: gold.

Unlike gold discoveries of the past, there’s no rush to harvest Psyche. NASA wants to send a probe only to study it, prompting several articles to erroneously breathe a sigh of relief. According to one:

….if we carried [Psyche] back to Earth, it would destroy commodity prices and cause the world's economy – worth $75.5 trillion – to collapse.

No one tries to explain how cheap gold would cause an economic collapse, and for good reason: it wouldn’t.

There’s Gold In That There Asteroid!

Psyche has a lot of gold—about $10,000 quadrillion worth at current prices. The eye-catching headlines that claim it’s enough gold to make “everyone on earth a billionaire” are, of course, complete fantasy. Selling that much gold would cut prices nearly to zero.

Harvesting Psyche would not cause an economic collapse.

If gold was still used for money, that much gold would create massive inflation, resulting in a lot of economic hardship. No country uses the gold standard anymore, so that’s hardly a concern. Rock-bottom gold prices would certainly be devastating for gold mining companies and people who keep their wealth in gold bars. That’s really bad for them, but they’re a tiny part of the global economy.

Harvesting Psyche would not cause an economic collapse. If that much gold could cheaply be brought to market it would be a boon, not a bust. It’s impossible to predict what a world of cheap gold would look like, but the story of aluminum gives us a hint.

The Precious Metal That Became Trash

Even though it’s the most abundant metal on the planet, most aluminum is trapped in bauxite and was difficult to purify for most of human history. Pure aluminum was incredibly rare, and there was once a time when the stuff of soda cans was more precious than gold. Aluminum bars were displayed next to the French crown jewels, and pure aluminum caps the Washington Monument.

Techniques like the Hall–Héroult process changed all that. What was once the metal of monarchs and monuments became readily available to everyone. It’s so cheap that we now use it in fishing boats, airplanes, and beer kegs. Its foil version keeps food fresh—we throw aluminum away all the time.

Making aluminum cheap didn’t cause an economic collapse. Quite the opposite. It made society wealthier because refining improvements made everything else cheaper, thereby creating new opportunities. Wood that once went for beer kegs could be used for something else. Aluminum boats don’t corrode in water, and this application freed up steel and timber that would otherwise be used to replace degrading vessels. Modern airplanes wouldn’t even be possible without aluminum, and their existence frees up fuel, time, and materials that would have otherwise gone to passenger ships and trains.

Harvesting Psyche Would Be an Economic Boon

True wealth is not found in precious metals, and Bloomberg’s Noah Smith rightly points out that harvesting Psyche won’t cause a new industrial revolution. But he goes too far when he claims that it won’t make society richer because, holding everything else constant, a cheaper resource is the definition of economic progress. It’s only a question of magnitude.

If a future entrepreneur were to harvest Psyche, it would certainly be devastating to the gold industry. For everyone else, it would be a stellar improvement.

Harvesting Psyche, if it can be harvested at the right price (a big if), would make society richer because that much gold would allow us to reallocate our efforts to other endeavors. No one knows what exact effects cheap gold would have because the price of gold has never been anywhere near zero. While gold has limited production applications now, who knows how people will adapt if gold is functionally free? There are substitutes, and there are substitutes for substitutes.

Gold, for example, is incredibly ductile and an excellent conductor of electricity; perhaps houses would be wired with gold instead of copper, freeing up copper that could be used in other ways. Or maybe there’s an industry that’s only possible with cheap gold, like aviation is for aluminum. We can’t look at how gold is used now, with its sky-high price, and assume it’ll be the same with a rock-bottom price. Cheap gold probably won’t give us an economic boom, but that doesn’t mean it wouldn’t be an economic boon.

If a future entrepreneur were to harvest Psyche, it would certainly be devastating to the gold industry. For everyone else, dirt-cheap gold would be a stellar improvement.