Winter will come eventually. It always does.

I thought it was a joke when I saw a headline stating that Gavin Newsom, California’s new governor, was proposing a tax on drinking water. Surely this was a clever bit of satire penned by someone at The Babylon Bee or The Onion.

Alas, the proposal is real, and the details of the tax can be found here and here.

Part of the reason I thought the headline was satire is that it reminded me of a line from George R.R. Martin’s book A Game of Thrones. In the series, we see at various times the rulers of King’s Landing (the capital of Westeros) attempt to deny or profit from people’s ordinary habits.

Early in the story, King Robert’s brother, Lord Renly, mentions how his brother Stannis once proposed regulating prostitution, which Renly said prompted the king to jest that perhaps Stannis would like to regulate “eating, sh*tting, and breathing while he was at it.”

To Robert, a man of great appetite, the idea of banning or taxing basic human functions is laughable and absurd.

To Robert, a man of great appetite, the idea of banning or taxing basic human functions is laughable and absurd. Yet later in the story (spoiler alert!), after Robert is dead, slain by the Lannisters, Tyrion Lannister, the clever dwarf who is brother to the queen, institutes a tax on brothels, which is derisively called “the dwarf’s penny.”

But before we begin praising King Robert for his laissez-faire economics and damning Tyrion for a statist, we should explore another layer to the story. There’s a reason Tyrion Lannister has resorted to passing a tax the people of King’s Landing despise.

The kingdom is broke. In fact, Westeros is worse than broke. And this is largely because of Robert, we learn.

Eddard Stark, the patriarch of House Stark (the "good guys" in Game of Thrones, if there can be said to be any) learns the reality of the Crown’s finances after arriving in King’s Landing. In a meeting with the king’s council, Stark questions whether the kingdom can afford a lavish tournament the king had ordered to honor Stark, who had recently been appointed Hand of the King (basically the king’s chief administrator).

One member of the council, the Grand Maester Pycelle, asks if the treasury can bear the expense. The master of coin, the devious Littlefinger, offers a telling response:

“What treasury is that?” Littlefinger replied with a twist of this mouth. “Spare me the foolishness, Maester. You know as well as I that the treasury has been empty for years. I shall have to borrow the money. No doubt the Lannisters will be accommodating. We owe Lord Tywin three million dragons at present, what matter another hundred thousand?”

Stark is stunned. “Are you claiming that the Crown is three million gold pieces in debt?”

The Crown is more than six million gold pieces in debt, Lord Stark. The Lannisters are the biggest part of it, but we have also borrowed from Lord Tyrell, the Iron Bank of Braavos, and several Tyroshi trading cartels. Of late I’ve had to turn to the Faith. The High Septon haggles worse than a Dornish fishmonger.

Stark is shocked, noting the king’s predecessor, Aerys Targaryen, “had left a treasury flowing with gold.” He refuses to believe the king’s advisors would allow “Robert to beggar the realm.”

But beggar the realm the king has. Robert, we learn, likes to drink, eat, whore, and hit things. He cares little for “counting coppers.”

There’s a lesson here: All bills eventually come due. Which brings us back to California.

Despite an abundance of natural resources, the presence of Silicon Valley, and its general wealth (California is the fifth largest economy in the world, one spot ahead of Britain), California is very deep in debt because of its spending habits.

The state officially finds itself $462 billion in the hole, roughly $12,000 per resident. If local governments are included, that figure grows to $1.3 trillion—more than half of the state’s gross domestic product. When the state’s unfunded pensions and other liabilities are factored in, the picture grows even worse.

Politicians and masters of coin will resort to all sorts of shenanigans to fund their operations and appetites.

Politicians and masters of coin will resort to all sorts of shenanigans to fund their operations and appetites, including taxes on brothels, drinking water, and lap dances.

Accounting gimmicks work for a time, but the bill eventually comes due. Game of Thrones might be a fictional story, but it holds a very real lesson: Winter will come eventually. It always does. 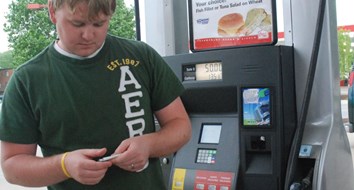 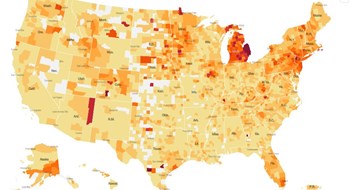