What Does the Future Hold for Brazil's Economy?

Things are going to get a lot worse before they get any better. 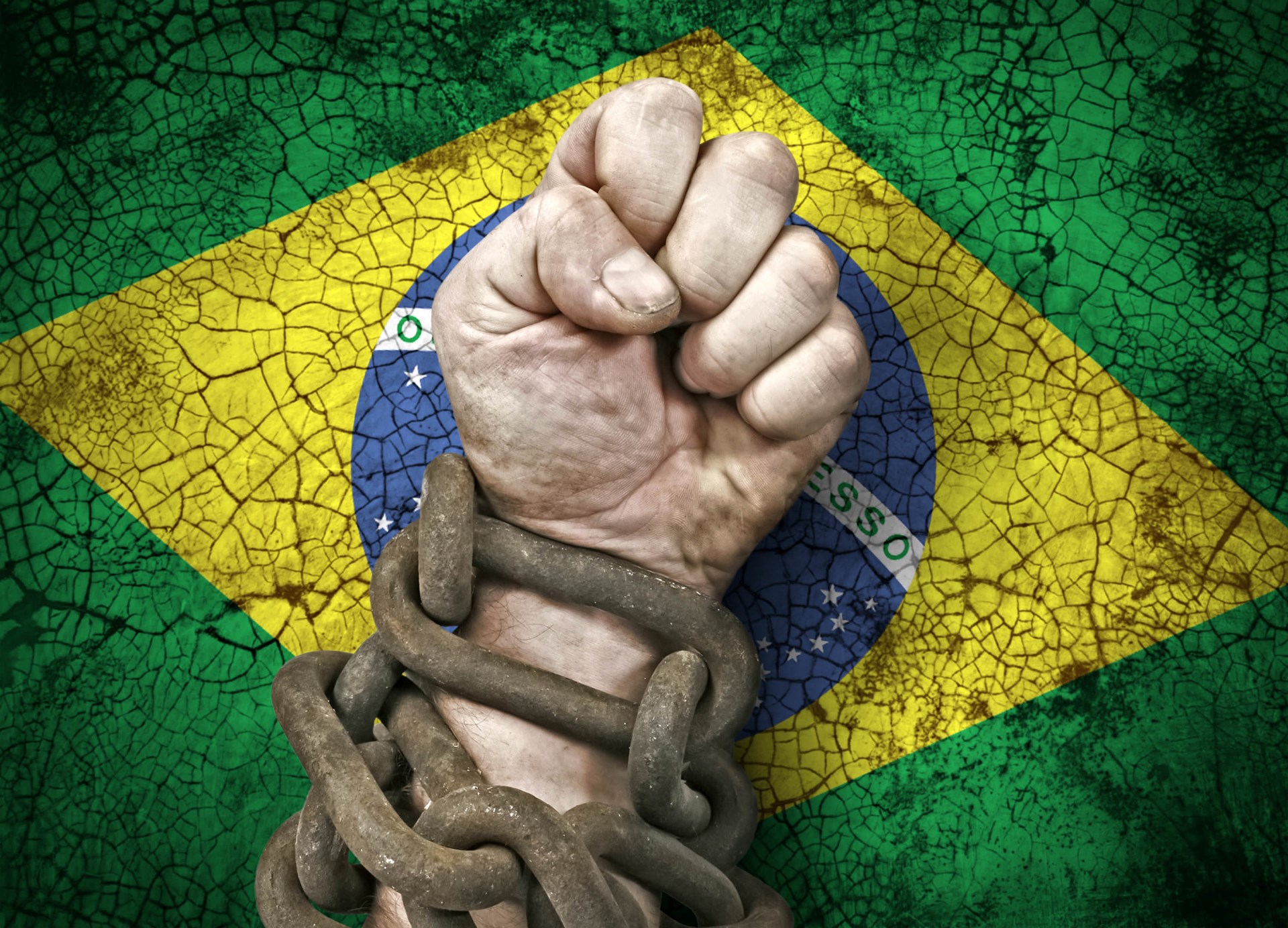 This interview with Lawrence Reed was published in the Brazilian newspaper Estadao.

Q: How do you assess the economic situation and the political debate in the US?

If America goes strongly protectionist, the recovery will slow.

A: The economic situation in America is, for at least the next six months, largely positive. The stock market seems to be suggesting a new confidence in the near-term profitability of companies. The Federal Reserve is raising interest rates cautiously and the new administration is proceeding with a generally pro-business agenda of deregulation and tax and spending reductions in certain areas.

Beyond six months, however, is anybody’s guess. Much will be determined by what happens on the international trade front. If America goes strongly protectionist, the recovery will slow and perhaps even turn in the other direction.

Brazilians need to realize the answer is LESS government, not simply different government.

The American political debate is volatile, reflecting the closeness of the recent election, the strong passions on all sides, and the very volatile personality of Mr. Trump himself. The Republican majority in the Senate is narrow. This makes what happens in Congress over the next few months rather unpredictable. The statist Left sees what’s happening in the new administration to be a full-scale assault on its values, so the political debate is sure to remain overheated and nasty. Anybody who thought we’d get a rest from the political dogfights of the past two years is in for a big surprise. This will be one of the ugliest periods in our political history.

Can the Ugly Be Combatted?

Q: What would you characterize as a "backward mentality” in relation to economic and political ideas? What would they be? Moreover, how can they be combated?

A: A “backward mentality” in economic and political ideas is characterized by the following sentiments: 1) The answer to our problems is to be found in concentrating more power and money in the hands of politicians; 2) Government can spend without consequence whether it has the money or not, because we can simply run deficits and send the bill to future generations; 3) We can tax and regulate more and more and the private sector will still create jobs and businesses; 4) Making people dependent on government programs instead of their own initiative (treating them like zoo animals) is somehow good for them; 5) Personal character is old-fashioned and doesn’t really matter anyway.

These destructive ideas must be combatted in three ways: 1) Eliminating government programs that encourage such thinking; 2) Educating large numbers of people about the real economic facts of life, and 3) Each of us seeking our self-improvement and trying our best to be good examples to others.

Q: In your opinion, does Brazil live with this mentality?

A: Yes. To some degree, every country does. These destructive ideas are ancient ones. In a sense, we’ve always been fighting them, for centuries. Every now and then, some group of mankind will overcome them and establish a free and prosperous society but then those ideas emerge again, and freedom and prosperity are lost. Brazil shows some signs of coming to its senses and rejecting these failed and harmful ideas, but it has much work to do. When Brazilians, who are outraged at the level of corruption and incompetence in government, realize that the answer is much LESS government, not simply different government, then they will make real progress.

Q: What do you believe to be the main problems facing the underdeveloped countries so that they can enrich themselves?

Even the worst of situations can be turned around with the right policies.

A: The main problems are 1) Corruption that arises predictably from too much power and money sloshing around in government; 2) A socialist mentality that sees profit and entrepreneurship as cows to be whipped or milked instead of left alone to grow; 3) An underdeveloped personal ethic of respect for the lives and property of other people under the rule of law.

Q: With the change of government in the US, what do you believe to be the future policies of the American government in regards to Brazil?

A: The Trump administration seems to want to interfere less in the affairs of other countries and make the U.S. less of a world policeman. I welcome this. On the other side, the administration is promoting a very worrying economic nationalism that could easily become protectionist, which would hurt trade with our commercial partners, with Brazil being a big one.

Q: Do you believe in an economic rehabilitation of Brazil in the coming years?

A: It is certainly possible. We should never rule anything out. Even the worst of situations can be turned around with the right policies. There are many historical examples of that, one of which is post-World War II Germany. In 1945, Germany was defeated, devastated, demoralized, divided and occupied. Within a decade or so, it became the fastest-growing economic powerhouse in Europe, largely because of the free enterprise policies of Ludwig Erhard. Brazil and every other country can learn much from that “German economic miracle.” New Zealand in the 1980s is another great lesson. After many years of stagnation under an expensive welfare state, New Zealand radically reduced government intervention and turned itself around.

Q: What would you indicate for current public managers in Brazil? What are the first steps in establishing economic and political change in countries such as Brazil?

A: The first steps involve an embrace of personal, private character and initiative as the source of economic progress and a rejection of the medieval notion that government should take care of us and the economy. Slash public spending, reduce the burdens on creative and risk-taking people and clean out the Marxist nonsense in schools and universities.

Q: Brazil, like every country that is experiencing an economic crisis, has abundant opportunities. How can the medium and the small entrepreneur turn these opportunities into value results?

A: Given the right kind of political and economic environment in which government barriers to enterprise are drastically reduced, entrepreneurs will figure this out themselves. That’s what they do. Or if they don’t, they go out of business. By playing to their strengths, restraining their costs, practicing good management principles and seeking ways to serve customers better, they will produce value results. We don’t have to tell them that; we just have to give them the right environment in which they are rewarded when they do and penalized when they don’t, and that environment is economic freedom.

Q: How does high inflation affect the lives of businesses and citizens? In addition, what are the solutions to protect it?

A: High inflation shortens everyone’s time horizons because it makes the future so much harder to anticipate. It prompts us to shun long-term investments and pursue short-term, sometimes fleeting gains. A healthy economy needs just the opposite—a sound currency that encourages everyone to plan for the long run. The solution to inflation is simple. It’s DON’T INFLATE. It’s a monetary phenomenon; if prices are rising fast and across the board, it’s invariably because of bad monetary policy by government. Often, that’s the direct result of bad fiscal policy: Government spends too much and pressures itself into printing money to pay for its excessive spending. Cut spending, balance the budget, and lock down the printing press. In broad terms, it’s as simple as that.

Q: What are the main risks for the growth of the major world economies in the short, medium and long terms?

A: The biggest risks are present in all time frames, short and medium and long-term: Protectionism that could cause world trade to implode. Erratic or extreme monetary policy that produces shocks to investment or prices. Socialist sentiments that push governments to over-spend, over-promise, over-tax and over-regulate. And international political tensions that could lead to the outbreak of war or increased terrorism.

The Volstead Act: A Centennial to Note, Not Toast

Liberty Is on the Rise in Brazil

No, Jesus Wasn't a Socialist