What Does Decentralization Really Mean?

Time for a much needed clarification.

“Decentralization” is one of the words that is used in the cryptoeconomics space the most frequently, and is often even viewed as a blockchain’s entire raison d’être, but it is also one of the words that is perhaps defined the most poorly. Thousands of hours of research, and billions of dollars of hashpower, have been spent for the sole purpose of attempting to achieve decentralization, and to protect and improve it, and when discussions get rivalrous it is extremely common for proponents of one protocol (or protocol extension) to claim that the opposing proposals are “centralized” as the ultimate knockdown argument.

But there is often a lot of confusion as to what this word actually means. Consider, for example, the following completely unhelpful, but unfortunately all too common, diagram: 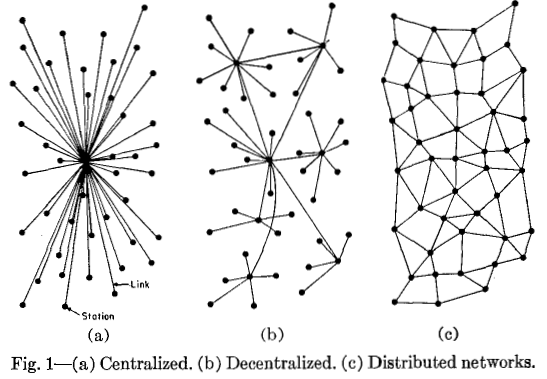 Now, consider the two answers on Quora for “what is the difference between distributed and decentralized”. The first essentially parrots the above diagram, whereas the second makes the entirely different claim that “distributed means not all the processing of the transactions is done in the same place”, whereas “decentralized means that not one single entity has control over all the processing.” Meanwhile, the top answer on the Ethereum stack exchange gives a very similar diagram, but with the words “decentralized” and “distributed” switched places! Clearly, a clarification is in order.

When people talk about software decentralization, there are actually three separate axes of centralization/decentralization that they may be talking about. While in some cases it is difficult to see how you can have one without the other, in general, they are quite independent of each other. The axes are as follows:

We can try to put these three dimensions into a chart:

Note that a lot of these placements are very rough and highly debatable. But let’s try going through any of them:

Many times when people talk about the virtues of a blockchain, they describe the convenience benefits of having “one central database”; that centralization is logical centralization, and it’s a kind of centralization that is arguably in many cases good (though Juan Benet from IPFS would also push for logical decentralization wherever possible, because logically decentralized systems tend to be good at surviving network partitions, work well in regions of the world that have poor connectivity, etc; see also this article from Scuttlebot explicitly advocating logical decentralization).

Architectural centralization often leads to political centralization, though not necessarily — in a formal democracy, politicians meet and hold votes in some physical governance chamber, but the maintainers of this chamber do not end up deriving any substantial amount of power over decision-making as a result. In computerized systems, architectural but not political decentralization might happen if there is an online community which uses a centralized forum for convenience, but where there is a widely agreed social contract that if the owners of the forum act maliciously then everyone will move to a different forum (communities that are formed around rebellion against what they see as censorship in another forum likely have this property in practice).

The next question is, why is decentralization useful in the first place? There are generally several arguments raised:

All three arguments are important and valid, but all three arguments lead to some interesting and different conclusions once you start thinking about protocol decisions with the three individual perspectives in mind. Let us try to expand out each of these arguments one by one.

Regarding fault tolerance, the core argument is simple. What’s less likely to happen: one single computer failing, or five out of ten computers all failing at the same time? The principle is uncontroversial, and is used in real life in many situations, including jet engines, backup power generators particularly in places like hospitals, military infrastructure, financial portfolio diversification, and yes, computer networks.

However, this kind of decentralization, while still effective and highly important, often turns out to be far less of a panacea than a naive mathematical model would sometimes predict. The reason is common mode failure. Sure, four jet engines are less likely to fail than one jet engine, but what if all four engines were made in the same factory, and a fault was introduced in all four by the same rogue employee?

Do blockchains as they are today manage to protect against common mode failure? Not necessarily. Consider the following scenarios:

A holistic view of fault tolerance decentralization would look at all of these aspects, and see how they can be minimized. Some natural conclusions that arise are fairly obvious:

Now, let’s look at attack resistance. In some pure economic models, you sometimes get the result that decentralization does not even matter. If you create a protocol where the validators are guaranteed to lose $50 million if a 51% attack (ie. finality reversion) happens, then it doesn’t really matter if the validators are controlled by one company or 100 companies — $50 million economic security margin is $50 million economic security margin. In fact, there are deep game-theoretic reasons why centralization may even maximize this notion of economic security (the transaction selection model of existing blockchains reflects this insight, as transaction inclusion into blocks through miners/block proposers is actually a very rapidly rotating dictatorship).

However, once you adopt a richer economic model, and particularly one that admits the possibility of coercion (or much milder things like targeted DoS attacks against nodes), decentralization becomes more important. If you threaten one person with death, suddenly $50 million will not matter to them as much anymore. But if the $50 million is spread between ten people, then you have to threaten ten times as many people, and do it all at the same time. In general, the modern world is in many cases characterized by an attack/defense asymmetry in favor of the attacker — a building that costs $10 million to build may cost less than $100,000 to destroy, but the attacker’s leverage is often sublinear: if a building that costs $10 million to build costs $100,000 to destroy, a building that costs $1 million to build may realistically cost perhaps $30,000 to destroy. Smaller gives better ratios.

You can certainly make a case that blockchains would be more secure if they were more discoordinated.

What does this reasoning lead to? First of all, it pushes strongly in favor of proof of stake over proof of work, as computer hardware is easy to detect, regulate, or attack, whereas coins can be much more easily hidden (proof of stake also has strong attack resistance for other reasons). Second, it is a point in favor of having widely distributed development teams, including geographic distribution. Third, it implies that both the economic model and the fault-tolerance model need to be looked at when designing consensus protocols.

Finally, we can get to perhaps the most intricate argument of the three, collusion resistance. Collusion is difficult to define; perhaps the only truly valid way to put it is to simply say that collusion is “coordination that we don’t like”. There are many situations in real life where even though having perfect coordination between everyone would be ideal, one sub-group being able to coordinate while the others cannot is dangerous.

One simple example is antitrust law — deliberate regulatory barriers that get placed in order to make it more difficult for participants on one side of the marketplace to come together and act like a monopolist and get outsized profits at the expense of both the other side of the marketplace and general social welfare. Another example is the set of rules against active coordination between candidates and super-PACs in the United States, though those rules have proven difficult to enforce in practice. A much smaller example is a rule in some chess tournaments preventing two players from playing many games against each other to try to raise one player’s score. No matter where you look, attempts to prevent undesired coordination in sophisticated institutions are everywhere.

In the case of blockchain protocols, the mathematical and economic reasoning behind the safety of the consensus often relies crucially on the uncoordinated choice model, or the assumption that the game consists of many small actors that make decisions independently. If any one actor gets more than 1/3 of the mining power in a proof of work system, they can gain outsized profits by selfish-mining. However, can we really say that the uncoordinated choice model is realistic when 90% of the Bitcoin network’s mining power is well-coordinated enough to show up together at the same conference? 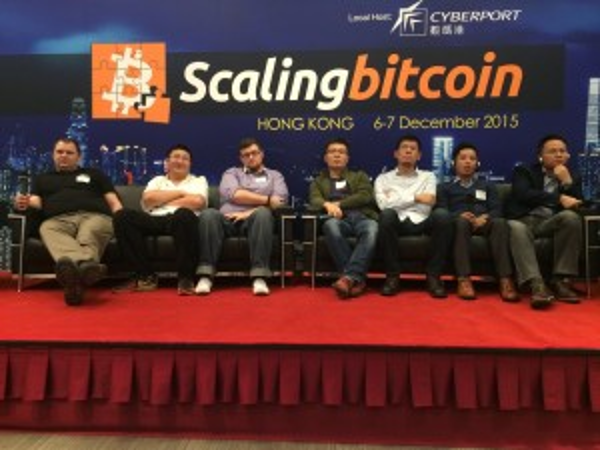 Blockchain advocates also make the point that blockchains are more secure to build on because they can’t just change their rules arbitrarily on a whim whenever they want to, but this case would be difficult to defend if the developers of the software and protocol were all working for one company, were part of one family and sat in one room. The whole point is that these systems should not act like self-interested unitary monopolies. Hence, you can certainly make a case that blockchains would be more secure if they were more discoordinated.

However, this presents a fundamental paradox. Many communities, including Ethereum’s, are often praised for having a strong community spirit and being able to coordinate quickly on implementing, releasing and activating a hard fork to fix denial-of-service issues in the protocol within six days. But how can we foster and improve this good kind of coordination, but at the same time prevent “bad coordination” that consists of miners trying to screw everyone else over by repeatedly coordinating 51% attacks?

There are three ways to answer this:

The first approach makes up a large part of the Casper design philosophy. However, it by itself is insufficient, as relying on economics alone fails to deal with the other two categories of concerns about decentralization. The second is difficult to engineer explicitly, especially for the long term, but it does often happen accidentally. For example, the fact that bitcoin’s core developers generally speak English but miners generally speak Chinese can be viewed as a happy accident, as it creates a kind of “bicameral” governance that makes coordination more difficult, with the side benefit of reducing the risk of common mode failure, as the English and Chinese communities will reason at least somewhat separately due to distance and communication difficulties and are therefore less likely to both make the same mistake.

The third is a social challenge more than anything else; solutions in this regard may include:

This third kind of decentralization, decentralization as undesired-coordination-avoidance, is thus perhaps the most difficult to achieve, and tradeoffs are unavoidable. Perhaps the best solution may be to rely heavily on the one group that is guaranteed to be fairly decentralized: the protocol’s users.