In today's style of warfare, steel is less important than it was in WW II. 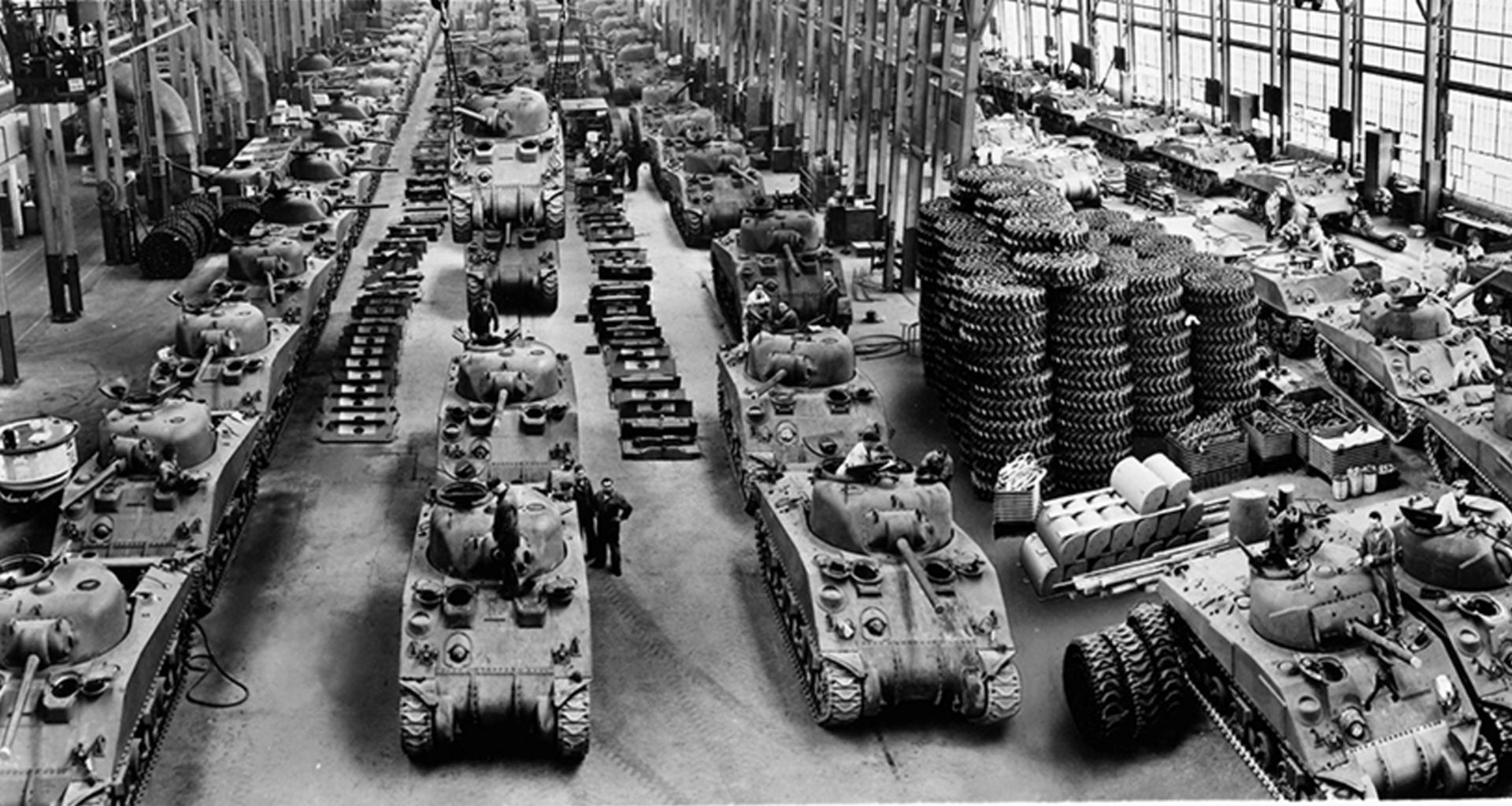 The Financial Times reports that the Trump administration is considering steel tariffs:

The US has set the stage for a global showdown over steel, launching a national security investigation that could lead to sweeping tariffs on steel imports in what would be the first significant act of economic protectionism by President Donald Trump.

The decision to use a 1962 law allowing the US government to limit imports that threaten its security readiness is intended to deliver on Mr Trump's campaign promises to bolster heavy industry and "put new American steel into the spine of this country", officials said on Thursday.

1. Congress erred in delegating to the executive branch the power to set national security tariffs. Almost any industry could be deemed essential for "national security."

2. The US steel industry currently produces about 80 million tons per year. That's more than enough to meet our essential military needs. And this doesn't even account for the fact that steel production could be increased, as we are not operating at capacity. Yes, it might take a bit of time to bring mothballed plants back online, but as the following quotation suggests, new weapons now take far longer to develop than they did back in WWII:

Civilian manufacturing capacity is now ALMOST ENTIRELY USELESS for defense purposes. Whereas in WWII, auto assembly lines could be used to make planes & tanks, and Singer made guns instead of sewing machines... Now all but the most basic defense products (personal firearms, sewing of uniforms, etc) must be made by specialized expert-firms. Super-weapons such as the F-22/F-35, M1A3 Abrams (it's under development now), and whatever we make when we finally field a next-generation artillery piece (cancelling the Crusader was a mistake, btw) require such a specialized knowledge-base & facilities, that they MUST be made by a dedicated defense industry - something we have (on a best-in-the-world level). Re-purposing a factory that built 2-ton SUVs to build 70-ton tanks just isn't happening. Even if it could, how much experience does your average auto-worker have in assembling uranium-ceramic-steel-composite armor properly, so as to maintain it's ability to take 125mm KE hits?

A final point on this issue, is that modern war moves too fast to 'develop and manufacture new products after the fact, using civilian industries'. It's a 'run what ya brung' sort of affair

And this doesn't even account for the fact that the US would likely have access to steel produced in friendly countries such as Canada, Mexico, Brazil, Japan and Germany. Sure, one could construct scenarios where some of that steel is cut off in a war (i.e., Japanese exports are disrupted by a war with China, or German exports in a war with Russia), but unless the US is fighting the entire world at once, we'd surely have access to at least some markets. And if steel imports really were cut off, where would we get our iron ore? Today we don't need much iron because of our use of scrap metal. But if we stopped building cars during a war, then far less scrap metal would be available.

This also fails to account for the fact that warfare in the modern world tends to be asymmetric. The threat of nuclear annihilation means that we fight small countries, not large nuclear powers.

The development of missile technology tends to make steel-intensive weapons (such as ships and tanks) more of a "sitting duck" than in the old days. I recall that a single Argentine missile took out a British destroyer in the Falklands War--and that was way back in 1983. Think about today's cruise missiles, and also consider that the sort of powerful adversary that would require the US to have a massive steel industry would be far more militarily advanced than Argentina in 1983. I'm not expert on modern weapons, but I'd wager that in today's warfare a big steel industry is less important than back in WWII.

If steel prices rise, other American manufacturers (cars, white goods, etc.) would be put at a competitive disadvantage to imports.

3. One possibility is that the national security argument is simply being used as an excuse to save jobs in the steel industry. As an analogy, recall that when Trump campaigned for President he promised to ban Muslim immigration. When Rudy Giuliani told him that this was a legally dubious proposal, Trump asked for a version of the plan that would be accepted by the courts. This led to the recent dispute over the ban on immigration from seven (later six) majority Muslim countries.

I don't have strong views either way on whether Trump's immigration ban was legal. But I will say that the legal argument for protecting the US steel industry on national security grounds seems far less plausible than the claim that the immigration ban protects national security (and I'm dubious of even that claim.) So you might expect the courts to question the steel tariffs on exactly the same grounds they challenged the immigration ban---Trump is on the record favoring this sort of action on entirely different grounds---jobs. On the other hand, courts have tended to show more deference to the government on economic regulation than on civil rights/equal protection issues, so I'm not making any predictions here.

4. It is likely that a suitably high steel tariff could save some jobs in the US steel industry. However, it seems much less likely that this would serve Trump's broader goals of restoring jobs in manufacturing. Tariffs protect industries by driving up the price of the commodity being imported. But if steel prices rise, then this puts other American manufacturers (cars, white goods, etc.) at a competitive disadvantage to imports. Mexican firms making cars or washing machines would be able to buy steel more cheaply than American manufacturers, and this would cost jobs in other sectors of the US economy. The net effect on the total number of jobs in manufacturing is likely to be pretty trivial, and could be either positive or negative.

5. Policies based on metaphors that romanticize and/or anthropomorphize the economy are unlikely to be wise:

The decision to use a 1962 law allowing the US government to limit imports that threaten its security readiness is intended to deliver on Mr Trump's campaign promises to bolster heavy industry and "put new American steel into the spine of this country", officials said on Thursday.