Negan and the Saviors provide an excellent allegory for the omnipotence and violence inherent in collectivism as characterized by the writings of Ludwig von Mises. 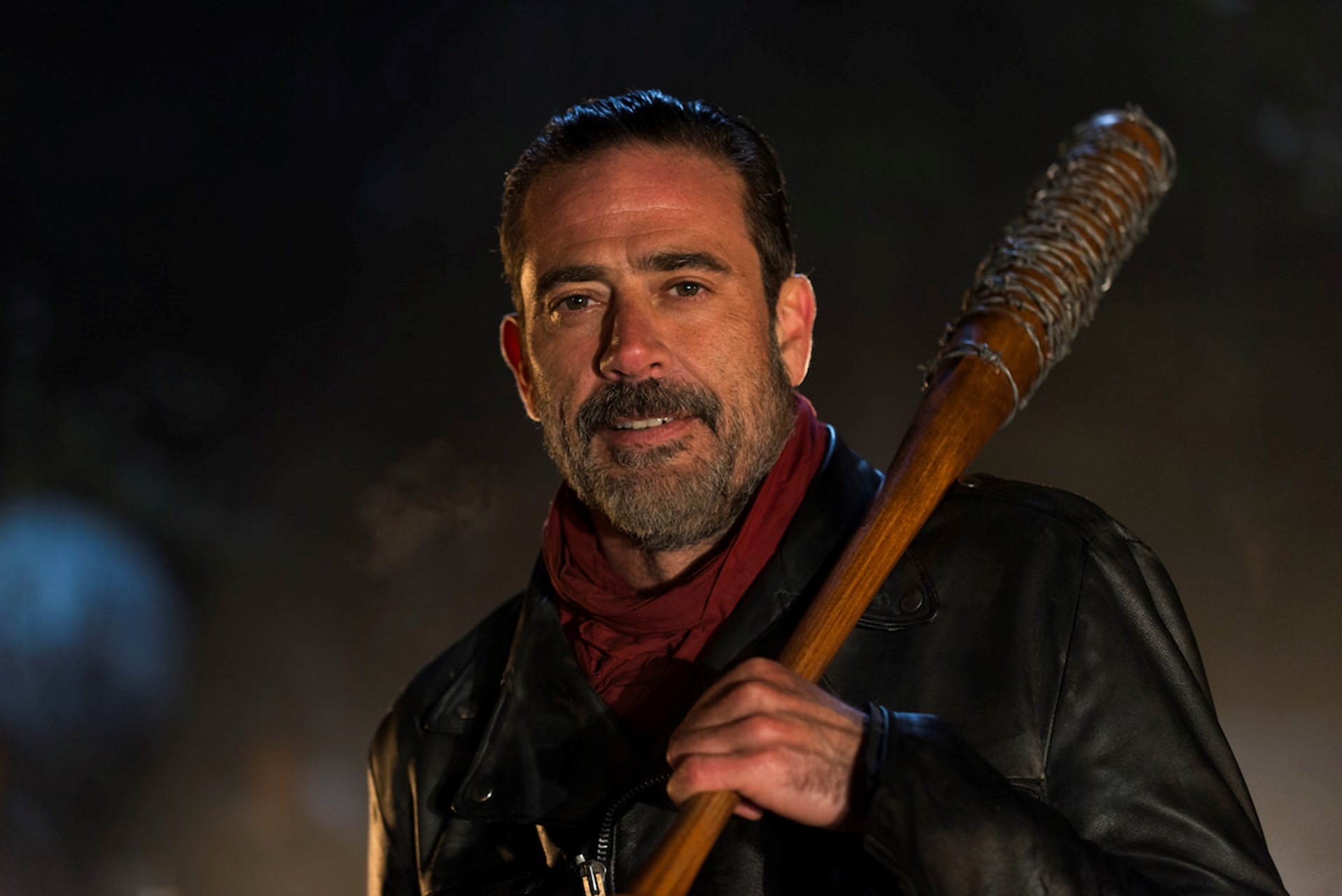 Any post-apocalyptic fiction is bound to serve as a strawman caricature of a fully free society. (“See what happens when there is no government?”)

Their credo is simple: Either they get half of “your stuff” or you die.

“The Walking Dead” is no different. A mystery infection spreads like wildfire across the world, killing many and then reanimating their corpses to turn into flesh-eating automatons. The downfall of governments worldwide leads to a reset of human civilization. The complete lack of central authority devolves the world into chaos as competing tribes and warlords battle over the dwindling scraps of a once-functioning society.

Fans of the show, however, are getting to know a new character, Negan, who represents a powerful metaphor that runs counter to the common post-apocalyptic caricature of chaotic freedom.

As the leader of one of the biggest tribes, Negan oversees the Saviors, a powerful gang that is feared by all remaining communities. Their credo is simple: Either they get half of “your stuff” or you die. There is no discussion, rebuttal, or dialogue. It’s a simple dichotomous worldview.

Negan and the Saviors provide an excellent allegory for the omnipotence and violence inherent in collectivism as characterized by the writings of Ludwig von Mises.

“We Are All Negan”

In Theory and History, Mises writes:

“There is no uniform collectivist ideology, but many collectivist doctrines. Each of them extols a different collectivist entity and requests all decent people to submit to it. Each sect worships its own idol and is intolerant of all rival idols. Each ordains total subjection of the individual; each is totalitarian.”

The complete subjection of the individual is demonstrated by the Saviors’ unquestionable loyalty to their leader.

The protagonists—Rick Grimes’ group—set out on a manhunt for Negan by request of a community that was being extorted by the Saviors.

However, the manhunt proves to be more difficult than anticipated. During their search for the elusive Negan, two members of Rick’s group, Carol and Maggie, are captured by the Saviors. During her interrogation, Carol admits to targeting Negan.

Rick’s group raids the base where Carol and Maggie are held captive. Rick corners a Savior named Primo to question him about the whereabouts of their leader.

“Was Negan in that building last night or was he here?” Rick asks.

Before he is allowed to say anything else, Rick unloads a .357 round into the Savior’s temple. At this point, Rick mistakenly believes he has killed the real Negan.

An obvious cult of personality surrounds Negan. Those beholden to his violent leadership dissolve their personal identities, elevating their sense of self-sacrifice as a virtue within their rank-and-file. Negan’s omnipotence serves as a metaphor for the absence of individualism in collectivist mindsets.

The Certainty of Death and Taxes

Any who fight back against this force are violently suppressed.

If this isn’t a parallel for taxation, I don’t know what is.

The first encounter between the protagonists and antagonists involve a roadside shakedown. Armed to the teeth, the Saviors attempt to confiscate property without firing a bullet. The bandits are killed, and the protagonists escaped.

In their minds, only the Saviors possess a monopoly on coercion. As a result of this transgression, violent repercussions are not only justified, but a moral imperative.

Comeuppance for these crimes culminates during the introduction of Negan. His opening dialogue personifies the essence of violent, collectivist ideologies.

“I’m Negan, and I do not appreciate you killing my men,” he tells his captive audience. “Also, when I sent my people to kill your people for killing my people, you killed more of my people. Not cool.”

He then goes on to explain how violent recourse is necessary, and he iterates the ethos of the Saviors:

Negan goes on to clarify. His goal is not to blindly and mindlessly slaughter the transgressors.

“I don’t want to kill any of you,” he explains. “I want to make that clear from the get-go. I want you working for me, and you can’t very well do that when you’re ****ing dead, now can you?”

Negan’s preference would be to absorb the group into his own collective. He sees the productive value of the group—more specifically, the goods they own and the skills that can be exploited. (If this isn’t a parallel for taxation, I don’t know what is.)

To demonstrate his ability to enforce his “or else” clause, Negan bludgeons two members of Rick’s group to death with a baseball bat wrapped in barbed wire. The scene is nothing short of horrific.

"The supporters of a… collectivistic doctrine cannot hope to demonstrate by ratiocination the correctness of their specific variety of ethical principles and the superiority and exclusive legitimacy of their particular social ideal. They are forced to ask people to accept credulously their ideological system and to surrender to the authority they consider the right one; they are intent upon silencing dissenters or upon beating them into submission."

As history demonstrates, collectivism—whether in its extreme Maoist forms or its “more democratic” delusions offered by American partisans—becomes more about the assertion of power than anything remotely ideological.

Mises recognized this relationship between power and taxation, when he wrote the following in Human Action:

“Taxes are paid because the taxpayers are afraid of offering resistance to the tax gatherers. They know that any disobedience or resistance is hopeless. As long as this is the state of affairs, the government is able to collect the money that it wants to spend.”

This parallel of taxation was referenced again in a later episode. In a moment of levity, King Ezekiel, leader of the Kingdom (another community under the “protection” of the Saviors), theatrically taunts a group of nearby zombies, “May we one day cease you all from this curse! Until then, know that we live on in your place—full, festive, faithful, and free!”

“Comply or die” is very real.

For those who ascribe to the “taxation is theft” motto, Richard’s snark should be widely appreciated. The certainty of death and taxes are often inextricably linked in the world of collectivism.

The introduction of Negan represents a new epoch for “The Walking Dead” storyline. The original group of protagonists now must learn how to navigate under his oppressive rule. This reign is not likely to be short-lived, and a paradigm shift is not likely to occur without more turmoil.

The line between fiction and reality is blurry at best. As many liberty-minded individuals can attest, the Negan metaphor for coercive collectivism is carried out on a daily basis in many of the illiberal policies that surround us. Though we may not get our heads bashed in with a baseball bat roped in barbed wire, the command to “comply or die” is very real, and enforced with lethal weapons.