Wanted: Subversive Innovators Who Refuse to Accept the Constraints of the Political Status Quo

The FEEcon Tech Track is about subversive innovation, not politics.

As of this writing, I am walking away from democracy. I got weary of the spectacle, the acrimonious exchanges, and never getting my preferred policies. In other words, I have pretty much given up on politics, policy, and punditry as a mechanism of meaningful social change.

So, I have come to believe some rather radical things:

This ain’t your fourth-grade teacher’s social studies lesson, but it’s the hard reality.

The punchline for me is that politics is not a very good mechanism for social change. In fact, there are far superior mechanisms. And we’ve been ignoring them.

Changing Our Relationship to Power

My friend Brian Robertson runs a company called Holacracy One whose mission is to “change our relationship to power.” His team transforms companies by helping them turn their internal rules away from dominance hierarchies and buy-in-based consensus. After getting to know Brian and taking holacracy training, I asked myself, “Why can’t we take this idea to scale? Why can’t we all change our relationship with power by changing the rules and tools we use?”

After all, that’s what Satoshi Nakamoto did.

At my new gig as Executive Director of Social Evolution, changing the rules and the tools has become my mission. And as former Editor of FEE.org, I wanted to team up with my alma mater and former employer, the Foundation for Economic Education, to do an Innovation and Tech Track at FEEcon.

We’ve got five subversive panels for those who, like me, have given up on the political process and are ready to embrace some form of cypherpunk mentality.

The colonies of the future will be designed by de-centralizers to attract the best humanity has to offer. Meet the people who are designing the institutions of tomorrow around the world and on the sea. 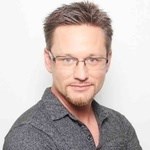 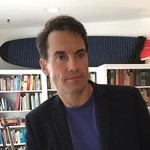 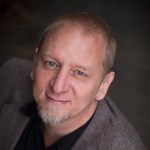 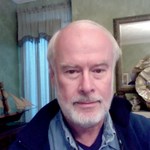 Crypto for Everyone: Helping Ordinary People Understand and Adopt the Future

Satoshi Nakamoto broke the rules. Now there are hundreds of competitors. Stay ahead of the curve and learn about the basics of cryptocurrency and blockchain, set to rescue the poor, topple giants, and become your favorite money. 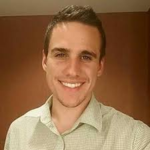 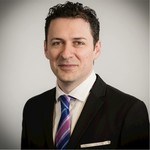 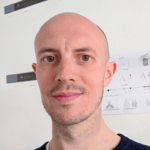 Blockchain and Beyond: The Evolution of Technologies that Will Reshape Our World

By now, everybody’s heard about the blockchain. So what’s next? What needs to happen to make cryptocurrencies ready for mass adoption? What are some of the new tokens threatening to unseat more established ones like Bitcoin and Ethereum? And what are the implications for this next wave in subversive innovation? 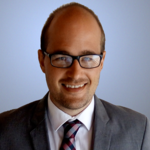 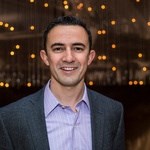 Underthrow: How We Can Topple Power Structures from the Bottom Up

One person is insubordinate, and you’ve got a hard case. One hundred million are insubordinate, and you have a revolution from the bottom up. In this panel, we’ll discover the weak joints and leverage points of Leviathan. We’ll figure out how innovators are networking people to topple big companies and big government.

Cities of the Future: How Will Tomorrow’s Metropolises Operate?

Will there be driverless cars? Flying cars? What about tiny houses that can plug in or switch out like Lego in a city of dynamism? What sorts of legal operating systems will power these cities? And where will we build them? These are a few of the topics we’ll cover in this look into the cities of 2030 and beyond.

Join Us and Change the Future

At FEEcon 2018, join me and a ragtag group of innovators and entrepreneurs who are refusing to accept the constraints of the political status quo. This is the FEEcon Tech Track. If you haven’t gotten your pass yet, you now have 5 more reasons to do so.

See you in June.