Victimless Crime Laws Are a Blight on Humanity

A moral society should not punish its citizens for victimless crimes. 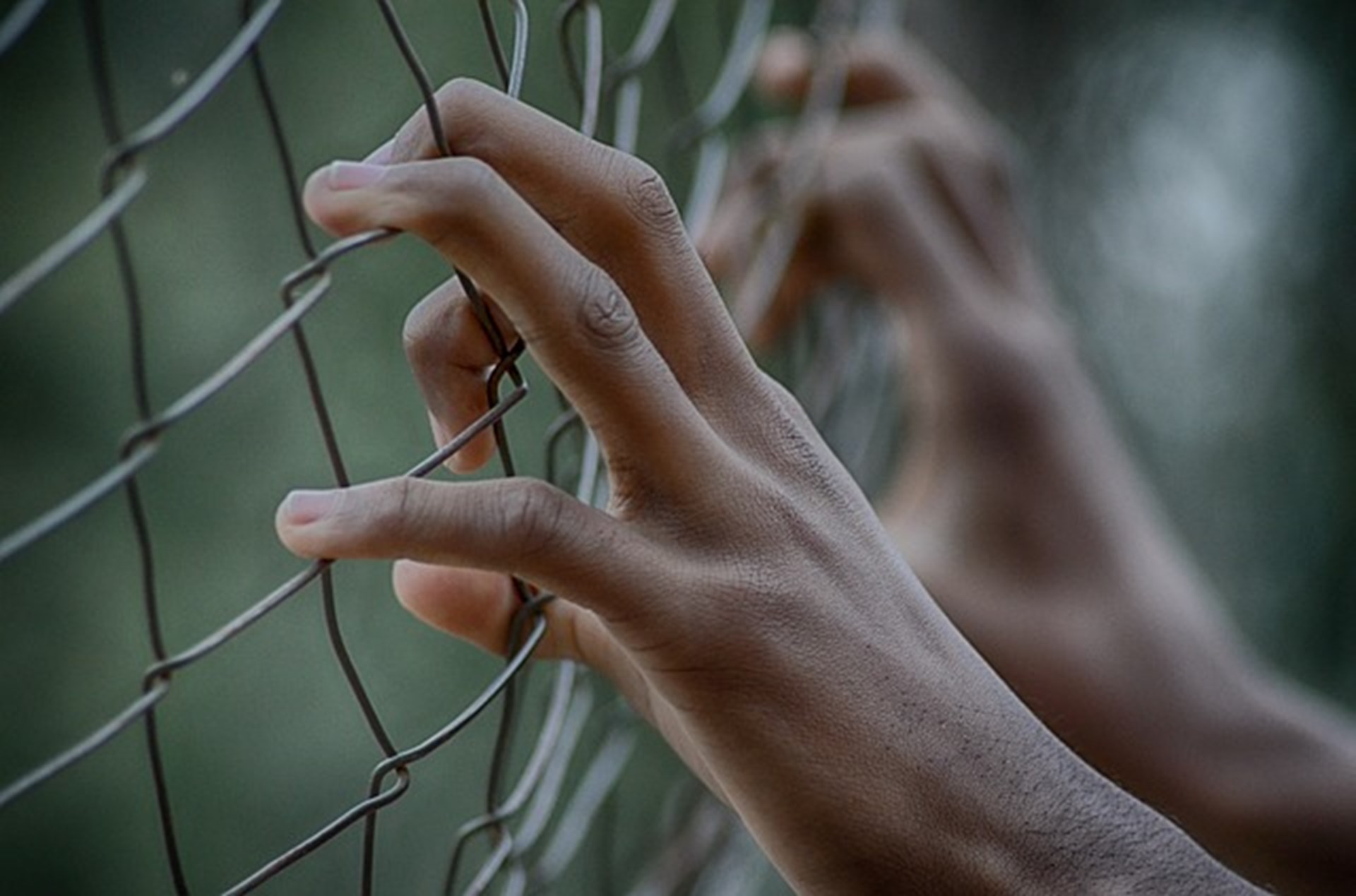 What was it like to be reunited with your son?

“I looked up to him.” When Tray Johns was kidnapped, her son was six years old and could only hug her waist. When she was freed, he was 15 years old, towering over his mother. For nine years, he sat in silent tears as his mother endured the trauma of being caged like an animal for drug charges. Who would hear his cry? Who would rescue his mother from a man-made cave filled with poor health, strange noises in the night, and cold steel bars wrapped in thorns?

Tray told me she welded and installed those bars on the window of her own cage. For authorities that demand sacrifice, one must carry the instrument of affliction on their back to fulfill its designs.

Tray joined me on my radio program (watch the interview) to advocate for clemency on behalf of her friend Tynice Hall. Tynice is a young mother separated from her boy just like Tray was. Tynice's son Jonathan deserves his mother. Yet a society lost in its own noisy self-indulgence cannot stop hiring politicians who maintain the vicious cruelty of victimless crime laws.

Tynice has spent 12 years of her life in a sickening cell for dating a man who was selling drugs no worse than the opium our soldiers are forced to protect in Afghanistan. She has 16 years more to go. Her dad is sick and her mother is raising her son alone.

Tynice called into my radio show from federal prison. She was eloquent in the midst of bondage. She told me she was thankful for being able to breathe.

We get on average 80 trips around the sun on this planet. Our home is filled with incredible wonder, from rain-soaked ice cream family outings to salt-dried sunsets. From the light of childbirth, our freedom brings curiosity, mistakes, struggle, and triumph. Who among us has a right to rob Tynice and her family of 28 years of this human experience?

How could a civilization in 2018 devise such an archaic torture as a cage for substances of desire?

Victimless crime laws are a blight on our humanity.

We say we want criminal justice reform, but we must realize that it is not a sentimental sideshow. Victimless crime laws are a blight on our humanity. People that persist in maintaining them only deform their own souls more than the prisoners they victimize.

We have a jury obligation to judge the moral character of the law and render “not guilty” verdicts for people like Tynice Hall and Tray Johns. We have a responsibility to rethink voting for people who do not pledge to abolish victimless crime laws. And we have a duty to only employ the force of law against actions we ourselves would find worthy of physical restraint if we encountered them individually: acts of violence, child abuse, fraud, or theft.

Does Prohibition Make Us Safer?

The core substances and services being sold in prohibited markets can be dangerous and wrapped in violence precisely because of prohibition. Fentanyl would not be a major accidental overdose threat if heroin were legal. If physician-monitored adults could get opium safely from market-regulated clinics with liability for safety, fentanyl deaths would plummet for those struggling with this pharmaceutical industry-created opioid crisis.

What creates gang violence is the act of state prohibition itself.

What creates gang violence is the act of state prohibition itself. Imagine that recent energy drink-linked fatalities led to the government banning caffeine like any other drug. Immediately, profit margins for black market “Red Bulls” would explode. Whereas two rival energy drink distributors currently resolve territory or customer disputes through contract settlement, black market caffeine suppliers would only have violence as a means of dispute resolution.

Rehab centers and social pressure against drugs can beat addiction better than any act of state coercion could ever pretend to do. In fact, the best gift to violent gangs is to keep prohibition in place for any nonviolent service or substance.

Stories of state persecution for nonviolent behavior surround you. A friend was recently arrested for a victimless crime. He told me about a teen he saw who was very small and thin, thrown away by our society over a drug. He witnessed a group of much larger men take the teen into a cell for what appeared to be a several-days-long assault.

Who put this young man in this situation? Who looked the other way, too busy to care for the atrocities executed by the “consent of the governed?”

The Root of Addiction

Some say we should keep drug users like that boy in that violent jail because some drugs are highly addictive and thus render the consumer dependent. Yet drug use is more rampant inside barbed wire-walled jails and prisons than outside. And as the late 1970s “Rat Park” psychological experiment showed, much of addiction stems from environmental factors. Rats would choose regular drinking water over heroin-laced water if they were in a normal social unit. If the rats were isolated from others, like human children affected by victimless crime laws, they would choose the heroin water to cope with the pain.

Problems of the heart cannot be solved by state coercion.

I would submit that alcohol abuse and adultery have each done more to harm families and communities than opium ever has. Yet we do not persecute either because we know problems of the heart cannot be solved by state coercion. A free society understands that the state does not own our body and mind; we work out our own salvation as communities bound together by mutual forbearance.

Our country is tearing itself apart. We know deep down that a nation that sends officers with guns to punish neighbors for anything from broken tail lights to homeschooling to raw milk is lost in darkness. The left and right tell us to blame certain people for this deep-seated guilt we feel, this sense of injustice that we seek to suppress in our hearts. Even the libertarians tell us it is only the state—some alien entity—that is at fault. But if we tear the temple veil of the Man, the State, the Elites, the Privileged, the Swamp, we will find only an empty room. No one is home but us. We are the ones who give consent to others to do things on our behalf and call it “society.”

From this day forward: no victim, no crime.

We have skin in the game. In our skin, we must show mercy, not sacrifice, to our neighbors. We must self-sacrifice our fear of our neighbors' freedom rather than sacrifice their bodies. Look how the bipartisan FIRST STEP Act hushed the hateful partisan babbling for just a moment. Look how Alice Marie Johnson, the grandmother recently pardoned by President Trump, brings a Christmas-like pause of transcendent joy to warring political tribes. This is just a taste of what we can bring to our nation if we take the next step and abolish all victimless crime laws.

President Trump will likely pardon more people than any other president in history. With this momentum, we can end state violence against the nonviolent to protect our families. From this day forward: no victim, no crime.

David Gornoski is your neighbor – as well as an entrepreneur, speaker and writer. He recently launched a project called A Neighbor’s Choice, which seeks to introduce Jesus’ culture of nonviolence to both Christians and the broader public. A Neighbor's Choice is also the name of his weekly radio show on state violence and alternative solutions to it. Email him here.