Chavez became the bugaboo of American politics because his full-throated advocacy of socialism and redistributionism at once represented a fundamental critique of neoliberal economics, and also delivered some indisputably positive results… When a country goes socialist and it craters, it is laughed off as a harmless and forgettable cautionary tale about the perils of command economics. When, by contrast, a country goes socialist and its economy does what Venezuela’s did, it is not perceived to be a laughing matter – and it is not so easy to write off or to ignore.

Last Sunday, Nicholas Casey of The New York Times reported in an article Dying Infants and No Medicine: Inside Venezuela’s Failing Hospitals,

By morning, three newborns were already dead. The day had begun with the usual hazards: chronic shortages of antibiotics, intravenous solutions, even food. Then a blackout swept over the city, shutting down the respirators in the maternity ward. Doctors kept ailing infants alive by pumping air into their lungs by hand for hours. By nightfall, four more newborns had died… The economic crisis in this country has exploded into a public health emergency, claiming the lives of untold numbers of Venezuelans.

I start with these rather long quotations with a heavy heart. Contrary to Sirota’s glib prediction, I do not intend to laugh off as “harmless and forgettable” Venezuela’s “cautionary tale about the perils of command economics.”

As much as I would like to enjoy rubbing Sirota’s nose in his own mind-bending stupidity, I cannot rejoice for I know that Venezuela’s descent into chaos – hyperinflation, empty shops, out-of-control violence and the collapse of basic public services – will not be the last time we hear of a collapsing socialist economy. Looking into the future, it is safe to predict that more countries will refuse to learn from history and give socialism “a go.” And, I am equally certain that there will be, to use Lenin’s words, “useful idiots,” like David Sirota, who will sing socialism’s praises until the moment when the last light goes out and time comes for them to move on and find something else to write about. And that begs an important question: considering that socialism has failed wherever it has been tried, why do we persist in trying to make it work? 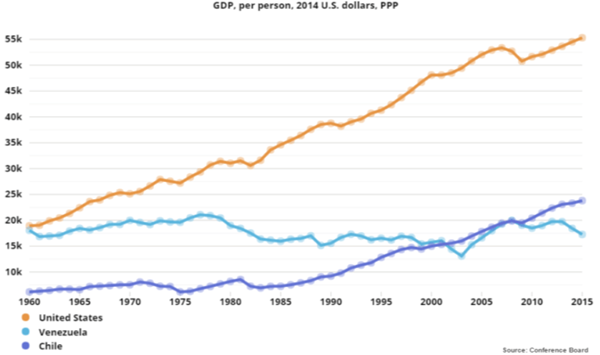 Evolutionary psychology provides one plausible answer. According to Professors John Tooby and Leda Cosmides of the University of California, Santa Barbara, human minds evolved in the so-called “Environment of Evolutionary Adaptedness” between 1.6 million and 10,000 years ago. “The key to understanding how the modern mind works,” Cosmides writes, “is to realize that its circuits were not designed to solve the day-to-day problems of a modern [humans] – they were designed to solve the day-to-day problems of our hunter-gatherer ancestors.” In other words, modern skulls house Stone Age minds. So what are some of the characteristics of these Stone Age minds and what do these characteristics tell us about the way we understand economics?

Put differently, humans are, by nature, envious, resentful and unable to comprehend, let alone appreciate, a sophisticated economic system that has evolved in spite of, not because of, our best efforts. 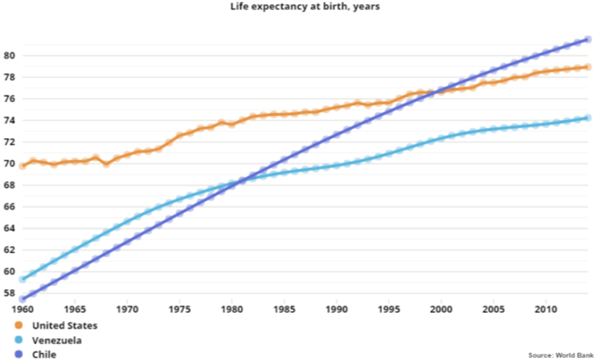 For these and other reasons, people like Sirota wax lyrical about Venezuela, while ignoring examples of true success in the global economy. Chile is one such example. In the 1970s, Chile switched from socialism to free markets and thrived. In 1973, which was the last year of socialist rule, average per capita income in Chile was 37 percent that of Venezuela. By 2015, Venezuela’s average per capita income was 73 percent that of Chile. The Chilean economy has expanded by 231 percent. Venezuela’s has contracted by 12 percent. With any luck, Nicolas Maduro, Chavez’s successor will soon be gone, and the people of Venezuela will be able to fix their broken country. They should look to Chile as an example to follow.