Venezuelans took to the streets across their country Wednesday to protest the beginning of a second term for President Nicolás Maduro. 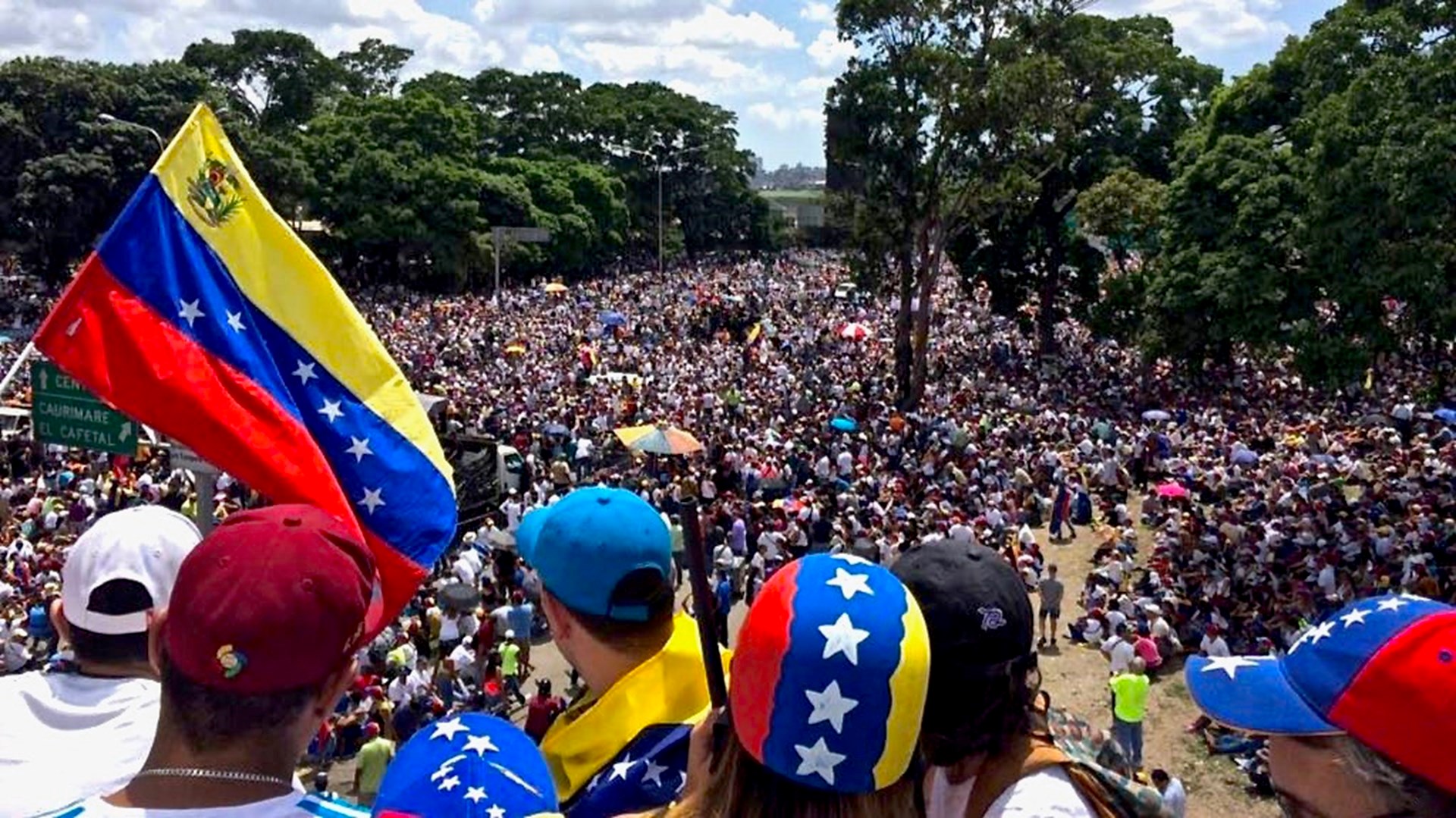 Following years of famine, the decimation of savings, and the destruction of a once-leading Latin American economy, tens—perhaps hundreds—of thousands of Venezuelans took to the streets across their country Wednesday to protest the beginning of a second term for President Nicolás Maduro.

Maduro was reelected in May 2018 in what many, including the Atlantic Council and The New York Times, have called a “sham election,” with the lowest voter turnout in Venezuela’s modern history.

The People Have Had Enough

Protesters aim to force Maduro’s resignation so that new elections may be held. Speaking on the street before a camera and holding a Venezuelan flag, one woman addressed Maduro directly: “Understand it, sir: Venezuela has outgrown you!”

Compounded by an inflation rate expected to reach 10,000,000 percent this year, the Venezuelan standard of living has plummeted.

Maduro’s socialist ruling party was first swept to power by his predecessor Hugo Chavez in 1998 following Chavez’s unsuccessful violent overthrow of the Venezuelan government six years before. Since then, this movement has orchestrated government takeovers of various parts of Venezuelan society that used to be in the hands of individuals, most notably the country’s productive oil sector. The extreme shortages of basic goods and services that resulted from these destructive policy choices made life difficult for everyday Venezuelans without connections to those in the government. Compounded by an inflation rate expected to reach 10,000,000 percent this year, the Venezuelan standard of living has plummeted. Where the median Venezuelan monthly income is only $8, a two-pound bag of onions costs $2.

Leading into Wednesday’s protests, Venezuelan opposition leader and president of the National Assembly Juan Guaidó declared himself to be Venezuela’s interim president. He was recognized quickly by the US, various international groups, and at least four other Latin American countries.

"We will stay on the street until Venezuela is liberated,” declared Mr. Guaidó.

Given the government’s violent response to previous shows of opposition, it is no stretch to say that Mr. Guaidó and every protester is risking everything to try to escape the tyrannical rule.

Socialism Has Taken Its Toll

Venezuela’s current state is due directly to the mentalities of Chavez and Maduro and their belief in “economic war” to right the wrongs that hurt people daily. Their approach to see economic and social problems as a condition to solve with policy weapons (and actual weapons against those who do not fall in line) has produced only misery, sickness, and death.

We at FEE stand with the people inside and outside of Venezuela who are working to bring freedom to every person in Venezuela. But we’re not naive to the realities or dangers of the situation.

Maduro could use the crisis to crush the opposition and consolidate power further. There’s the potential of bloody civil war or the ascension of a right-wing tyrant in the mold of Pinochet.

Maduro could use the crisis to crush the opposition and consolidate power further. There’s the potential of bloody civil war or the ascension of a right-wing tyrant in the mold of Pinochet. International tensions could escalate.

Yet, on one point, we’re certain: the brave people on the streets of Caracas and every city in Venezuela deserve the chance to plot their own destiny, and we hope today is the beginning of the end of their long suffering.