Trump’s tariffs started a trade war, made Americans poorer, and caused them to pay more in taxes.

“When a country (USA) is losing many billions of dollars on trade with virtually every country it does business with, trade wars are good, and easy to win,” President Trump tweeted last March as his administration began to impose higher tariffs on steel and aluminum imports.

At the time, the University of Chicago polled dozens of America’s top economists on the subject, asking if they believed the tariffs would make Americans better off. Not a single one agreed they would.

Notwithstanding the warnings of economists, the Trump administration continued to raise tariffs on imported goods throughout the duration of 2018, such that some $280 billion of imports were hit with tariff rates ranging between 10 and 50 percent. 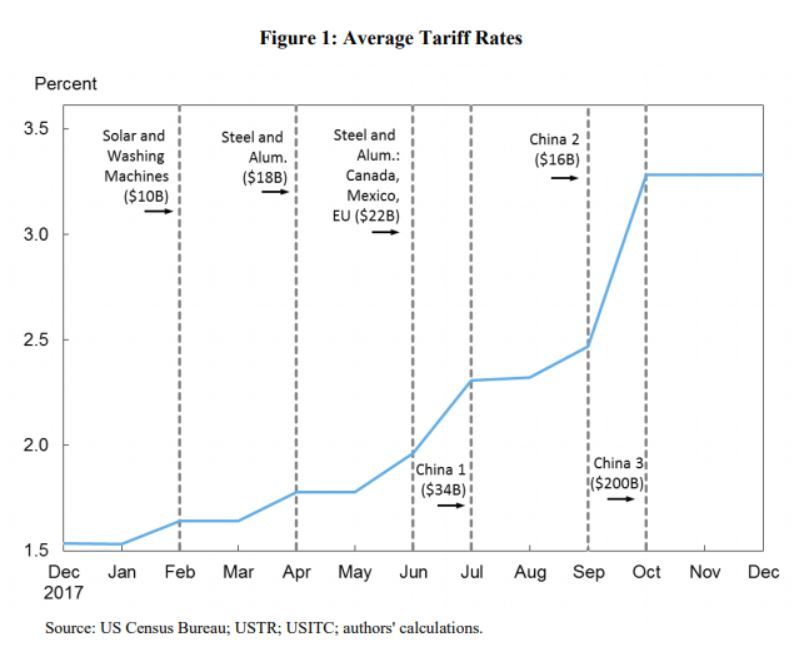 In response to America’s move toward protectionist trade policy, countries such as Russia, China, Mexico, and the European Union have imposed retaliatory tariffs on $121 billion worth of US exports.

A year after Trump’s tweet about the ease with which trade wars could be won, economists from Princeton, Columbia, and the Federal Reserve Bank of New York have released an analysis of how Trump’s trade policies have impacted Americans, and the results so far aren’t promising.

In addition to the economic toll of the trade war the tariffs caused, they find that the full cost of the tariffs was passed on to US consumers, meaning the tariff hike was effectively a tax hike on all Americans. On top of that, in response to facing less international competition, American businesses have increased their prices.

Trump’s tariffs started a trade war, made Americans poorer, and caused them to pay more in taxes.

The economists estimate that Americans were left about $7 billion poorer because of the economic consequences of the tariffs, and they also paid $12 billion more in taxes to the government. Ironically enough, the Trump administration is issuing up to $12 billion in payments to farmers who have been hurt by the trade war.

Essentially, Trump’s tariffs started a trade war, made Americans poorer, and caused them to pay more in taxes, and this new tax revenue may not even offset the costs of “bailout” payments to farmers harmed by the trade war. Genius.

One can only hope that one day, the clear historical record of failure it has produced will lead to protectionism being discarded into the ash heap of history.