The Freeman asked me to name three books to bring to the proverbial island—one new book, one timeless book, and one book that challenges my worldview. Obviously these are not mutually exclusive categories, but the following are my selections. (For the sake of the exercise I am going to limit myself to philosophical nonfiction.) 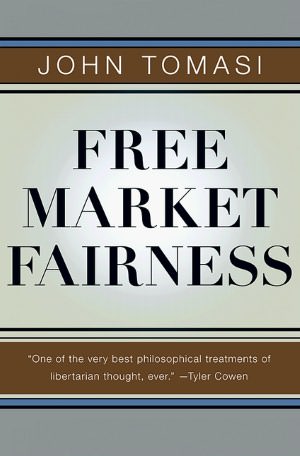 The new book I would take to the island is John Tomasi’s Free Market Fairness (Princeton University Press, 2012). I spent the fall semester working through the book with an invited group of students, and the book has stimulated a lot of discussion in print and online. One reason the book is receiving a lot of attention is that Tomasi’s project is to build bridges rather than attack and criticize.
He argues that on the one hand, libertarians and classical liberals should be more receptive to “social justice” as a concept and on the other, that left-liberals should be more receptive to economic liberty and take it no less seriously than civil liberties. Regarding the first half, Tomasi points out that although the prevailing usage of the expression “social justice” is coercive redistributivism according to central planning, we need not be wedded to this usage. Reading social justice as the idea that economic arrangements must work to the greatest advantage of the worst off, he argues that since free-market institutions in fact do this, classical liberals can legitimately claim to be working for social justice, and should embrace this aspect of liberalism. This may entail some redistributive mechanisms, but far fewer and less-extensive ones than left-liberals endorse.
At the same time, Tomasi urges thinkers on the left to see that economic freedom is a lot more important than they typically characterize it to be. His approach here is to argue that the left-liberal concern for autonomy and self-authorship in the realization of one’s life goals is a sound one, and then to show that it is impossible without very broad freedom to contract and freedom to acquire and trade property. It is not merely that many welfare-state/regulatory-state programs have effects exactly opposite from what is intended, although he makes this point as well, but that people’s very self-image as agents—their dignity—is undermined by these institutions. For example, he notes, a small-business owner’s satisfaction at the growth of her enterprise is no less important than her voting rights, but this is easily overlooked by academics who have no real understanding of a businessperson’s way of life.
I chose Free Market Fairness as my recent book not only because of Tomasi’s bridge-building efforts, but because the book is well written, thought-provoking, and it deserves the attention it is getting.

A timeless book to take to the island? Even if I limit myself to political philosophy this is a tough choice to make. I will stretch my self- 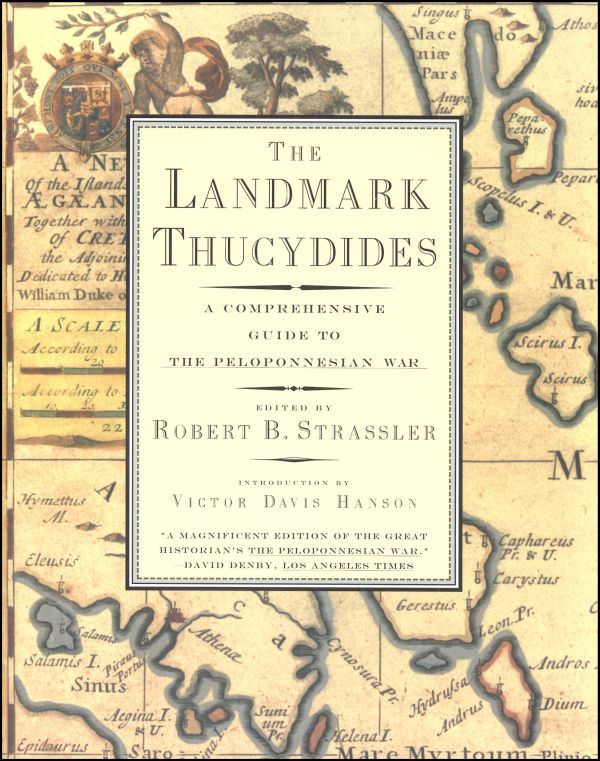 imposed restriction and select Thucydides’ History of the Peloponnesian War (Robert Strassler, ed., The Landmark Thuycidides, Random House, 1996). Though ostensibly a history book, History of the Peloponnesian War is more than amply philosophical, and it is certainly timeless. Its lessons are as relevant (and as widely ignored) today as they were in ancient times.
Thucydides examines how it is that autonomous, prosperous, and largely peaceful trading partners, who had allied in mutual self-interest to resist a common threat a generation earlier, ended up in a twenty-year war. Athens and Sparta, the two most powerful of the Greek city-states, found themselves embroiled in a terribly self-destructive struggle largely predicated on a lack of that very autonomy and independence. The story of the conflict between Athens and Sparta contains lessons about the strengths and weaknesses of democracy, power, and human nature; the dangers of imperial overreach; and the ethics of war.
It is also a compelling tale in its own right. I realize not everyone finds ancient Greek culture as fascinating as I do, but what makes it fit the “timeless” category is the continued applicability of these lessons. After all, these are the lessons of a democratic society trying to maintain freedom at home while using illiberal and aggressive tactics in its empire building abroad (all while not doing too well at either one). Sound familiar? I am ready for the island now.

A Book That Challenges My Worldview

I could have selected Tomasi’s book for the “challenges my worldview” category, as well, because his general theoretical approach differs from mine. Tomasi operates within the contractarian methodology favored by left-liberals of the Rawlsian persuasion, an approach that ultimately traces back to Immanuel Kant. I find myself more drawn to the neo-Aristotelian approach, which is grounded in a naturalist teleology. At the operational level, however, I didn’t find Tomasi’s prescriptions to be grossly incompatible with things I would be likely to endorse. So instead I am selecting Martha Nussbaum’s Creating Capabilities: The Human Development Approach (Harvard University Press, 2011). 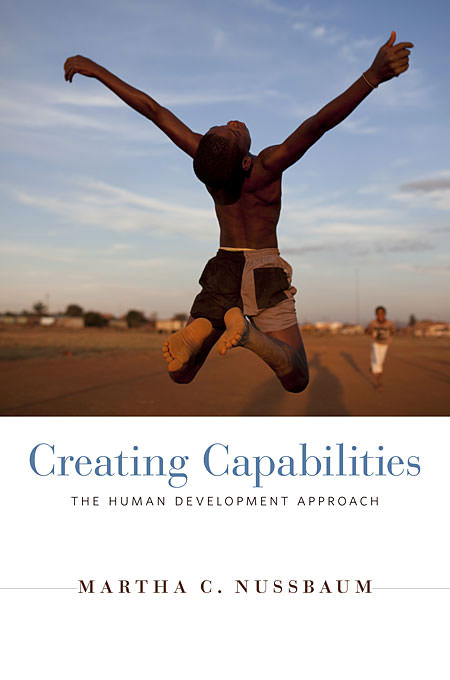 Creating Capabilities turns out to have the exact opposite bearing as Tomasi’s book. I agree with Nussbaum’s general theoretical approach, yet her policy conclusions are very far off from what I think they should be. For example, Nussbaum’s general meta-ethic is a conception of human flourishing, deriving from Aristotle. Since humans are a particular kind of organism, human flourishing (or living well) will be distinct from the flourishing of other sorts of creatures, and can be understood objectively. The Aristotelian model allows for a pluralism coextensive with this objectivism, because the complexity of the human person means that there will be individuative as well as generic conditions for flourishing. Nussbaum defends this approach, and uses it as the basis for political/legal institutions. Some of the institutions she derives on this basis are consistent with my worldview, but there is sufficient divergence for the book to fall into the challenge category.
For instance, she argues that women in the third world would benefit greatly from ending social (and sometimes overtly coercive) restrictions on educational opportunities and small-business loans, which is surely true. But she also comes to the conclusion that coercive redistributive mechanisms may be warranted in order to secure people’s capabilities, bringing them up to a level sufficient to make sure that they are able to pursue fulfilling lives. This applies, she says, both within nations and between nations, so not only does an individual nation need a social-welfare system, but also that richer nations have an obligation to assist developing nations. While I agree that nation-states should refrain from inhibiting people in their self-development, I remain unpersuaded by her arguments that there are positive rights to non-voluntary assistance. I think, at a policy level, the argument elides the distinction between negative and positive rights, and at a philosophical level misapplies the Aristotelian conditions for flourishing to the structure of the political order.
Nevertheless, Nussbaum is a sharp thinker and a good writer. I would want to have this book on the island because the challenges to my worldview she presents are worth taking seriously.