Thirteen Other Reasons Why Schools Are Creating a Lost Generation

“Get settled in. Because I'm about to tell you the story of my life. More specifically, why my life ended.” 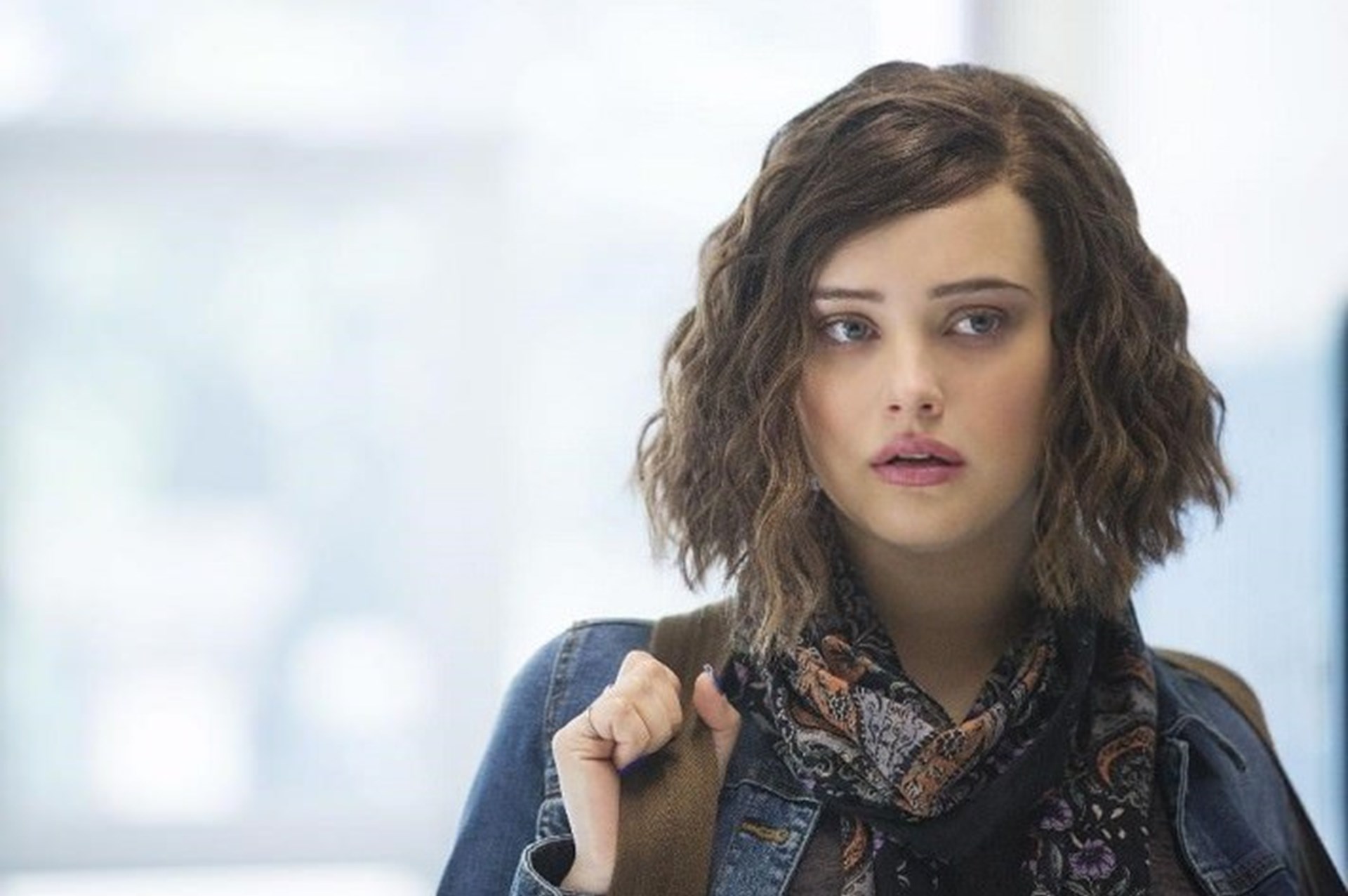 Netflix’s recent announcement that it would be producing a second season of Thirteen Reasons Why has raised new questions about the disastrous state of the US public school system and its effects on the economy.

“Hey, it’s Hannah Baker,” says the show’s protagonist, played by a stunning Katherine Langford in the opening episode. “Get settled in. Because I'm about to tell you the story of my life. More specifically, why my life ended.”

Today’s high school graduates emerge with few skills, little education and a sanitized view of the world. The Thirteen Reasons’ portrait of how a stifling, bureaucratic system progressively cuts this teenage girl to pieces, eventually driving her to death, provides a dramatized, insightful reflection on (another) emerging lost generation.

The statistics are grim: a third of 18- to 34-year-olds in the U.S. live at home according to the US Census Bureau. Homeserve USA finds that nearly one in three Americans can’t come up with $500 to fund an emergency. As if that were not enough, according to the US Congressional Budget Office, governments have saddled today’s young with more than $100 trillion worth of pension and healthcare debts.

The harder truth depicted in Thirteen Reasons Why is that today’s high school graduates emerge with few skills, little education and a sanitized view of the world. In short, they are totally unprepared to take on the challenges they face.

Following are Thirteen Reasons Why:

In Thirteen Reasons, Hannah, the bullied protagonist has no way to escape a toxic environment. Her helpless position progressively worsens and eventually drives her to suicide.

Because education is compulsory in the United States, Hannah lives in a de facto prison. She cannot change schools or classes without parental approval and undergoing a humiliating bureaucratic process.

An education system that prioritized learning would put students at the center, leaving them free to choose their schools, classes, teachers and programs.

The challenges facing American kids are exacerbated by the fact that they aren’t allowed to vote. They thus have little stake in the system, no sense of responsibility and adopt a de facto poise of helplessness.

None of the dozen studies reviewed for this article assessed the US public education system based on students’ needs.

Governments prioritize public education based on its effects on national competitiveness. Businesses focus on getting skilled workers (whose training they don’t want to pay for). Teachers’ unions focus on salaries and working conditions.

The upshot is that students’ interests come last.

America spends more per student than any other country yet ranks 14th in terms of results, behind Russia. Must of this is due to legions of highly-paid administrators that clog the system with rules, regulations and forms, few of which prioritize education.

The young have always been concerned with social causes. It’s thus hardly surprising that teachers would encourage students to prioritize government’s role in healthcare, welfare and environmental regulation.

High school graduates thus emerge as easy prey for politicians who claim that near-unlimited government spending and borrowing are the cure for the nation’s problems. ( See the Krugman con ).

The greatest indictment of the public-school system’s actual performance relates to the fact that students graduate with no marketable skills.

If America’s kids emerged from schools able to read, write, do basic math, type, work as a team and use a half dozen common software packages, they would have something to show for their 13 years in the slammer.

Socrates’ motto at the Agora was to “question everything.” However public schools prioritize politically correct doctrine that consciously excludes key ideas and concepts.

Ayn Rand, the most important philosopher of the 20th century, is essentially banned from the public system, as is Mark Twain’s Huckleberry Finn, which Hemingway cited as the root of American literature. History teaching in America, as Niall Ferguson has noted, is sanitized to the point of rendering it almost counterproductive.

Students vary as do the communities they live in. However a disproportionate amount of teaching is dictated by bureaucrats. This leaves teachers little flexibility to adjust based on students’ needs.

These differ based on whether the school in located in poorer neighborhoods where many students come from single family homes, or in upper middle-class professional communities where traditional family structures are more common.

Public schools teach essentially nothing about managing money, likely the single most important life skill a kid could have. Students graduate thus thinking that borrowing is fine.

This leaves them prey to America’s biggest predatory lenders: big universities, which have managed to saddle youth with $1.2 trillion worth of debts, many of whom have little to show for it .

One of the biggest weaknesses in public and private schools is their collective worship of “hoop jumpers,” - that universal collection of the obsequious sorts that clutter Dean’s lists and other “Top Students” awards.

Students who challenge conventional thinking are smiled at and given a B.This wouldn’t be a problem if schools were able to correctly identify top performers. However heavy state-defined curricula force teachers to “teach to the test.”

This leads to the advancement of drone-like students who are able to recite mindless data, massaged concepts and formulas, and more dangerously: with the need to guess and kow-tow to what teachers want them to say.

Worse, in two centuries of public schooling, teachers still fall for that old trap of giving the best marks to kids with nice hand-writing or to math students who get the wrong answer but manage to “show their work.” Students who challenge conventional thinking are smiled at and given a B.

The upshot is the students with drive, curiosity and creativity are quickly driven out.

The number one students - like John Maynard Keynes, the father of modern economics, who taught that the best way to get rich was to spend more than you earn - rocket through the system, and now run the nation’s central banks and university economics departments.

You get the picture.

In a world in which students are stuck in de facto prisons, teachers, who spend more time with them than their parents do, ought to be their biggest backers. They aren’t.

Teachers thus need to accept the lion’s share of the blame for the disastrous state of American schools.

That blame starts with the fact that teachers’ first priority has been to band into powerful unions, which put salaries, benefits and vacation time first and students’ interests last.

Many of the best teachers decline towards mediocrity as their careers advance.  True, teachers perform one of society’s most useful functions. However during a time of strained public finances students’ needs must come first - not teachers’ salaries.

The teachers’ unions have been hugely successful. Median compensation for US workers is $28,900. Teachers earn $58,000, almost double that amount .

The gap between teachers and those communities they teach in is exacerbated by the fact that gold-plated, state-guaranteed pensions mean that public school teachers generally retire as millionaires.

If teachers were paid at market rates, there would be more money available to fund students’ needs such as smaller class sizes, libraries and computers.

Teachers begin their careers ranked among most socially-committed of any professionals. But as with any human beings, a change takes hold of teachers once they acquire tenure and can no longer be fired.

Office hours and volunteer activities shrink, emails from students and parents are returned slower, if at all. The upshot is that many of the best teachers decline towards mediocrity as their careers advance.

This piece appeared first at SprottMoney

Peter Diekmeyer is a business writer/editor with Sprott Money News, the National Post and Canadian Defence Review. He has studied in MBA, CA and Law programs and filed reports from more than two dozen countries.