Will a "Socialist" Government Make Us Freer? 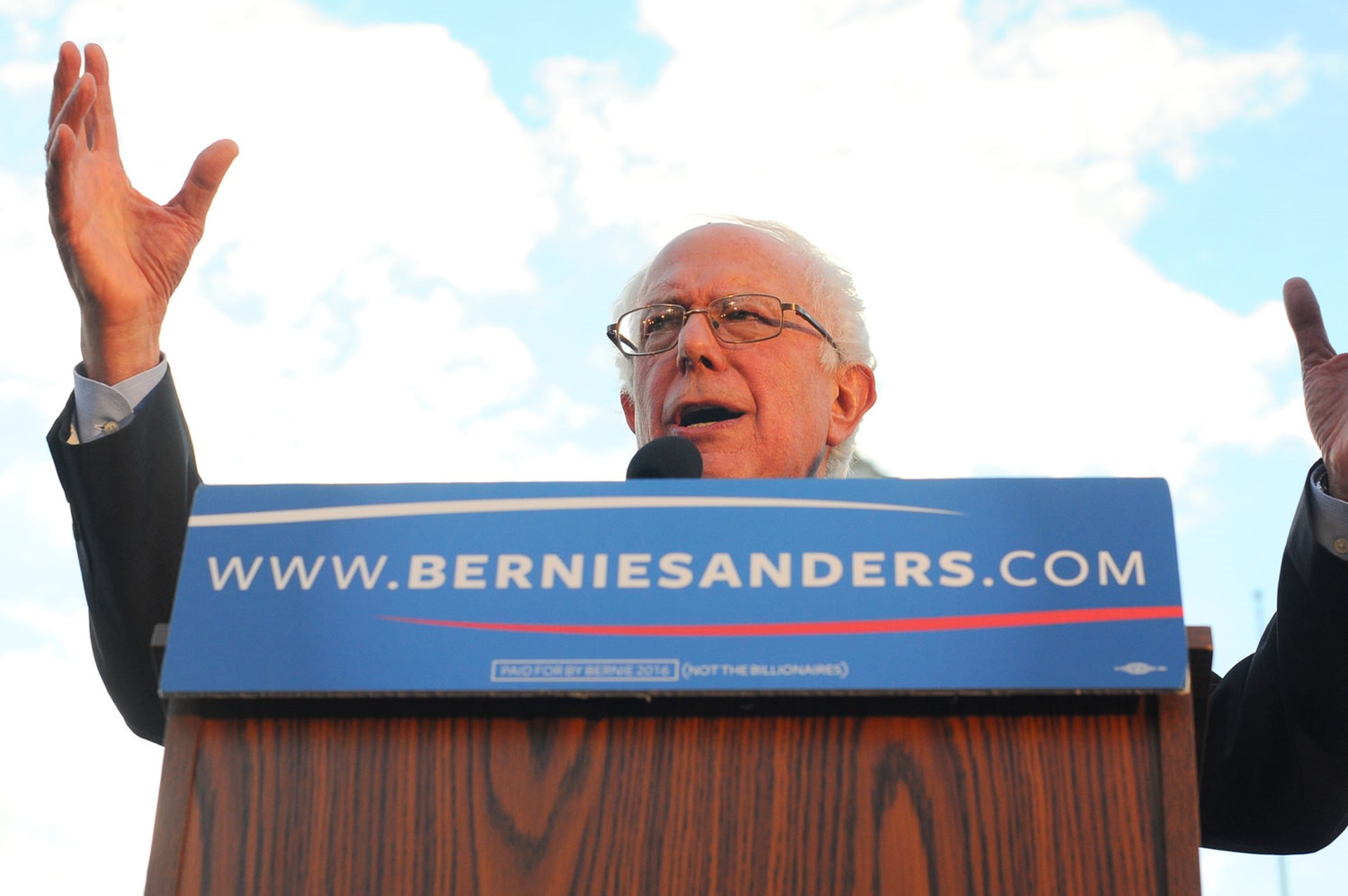 “Socialism” is a weasel word.

Consider that the adjective “socialist” applies commonly — even plausibly — to countries with vastly different ex ante institutions and with vastly different social and economic outcomes. Yet Canada, Norway, Venezuela, and Cuba can’t all be one thing. Does socialism mean substantial freedom of the press, as in Norway? Or does it mean the vicious suppression of dissent, as in Venezuela?

We need more clarity here before we decide whether socialism is a worthwhile social system, and whether, as Will Wilkinson recommends, we ought to support a socialist candidate for president.

An approach that clearly will not do is to apply the term “socialism” to virtually all foreign countries. Shabby as that definition may be, some do seem to use it, both favorably and not. The result is that “socialism” has grown popular largely because a lot of people have concluded that the American status quo stinks. Maybe it does stink, but that doesn’t endow “socialism” with a proper definition.

Let’s see what happens when we drill down to the level of institutions.

Now, we might personally wish that the word “socialism” meant “the social system in which the state owns the means of production and runs the major industries of the nation.”

This is a workable definition: It has a clear genus and differentia; it includes some systems, while excluding others; and it’s not obviously self-referential. It’s also the definition preferred by many important political actors in the twentieth century, including Vladimir Lenin.

Lenin’s definition was not a bad one. But it’s far from the only current, taxonomically proper definition of socialism. As Will Wilkinson rightly notes, socialism also commonly means “the social system in which the state uses taxation to provide an extensive social safety net.”

And yet, as Will also notes, “ownership of the means of production” and “provision of a social safety net” are logically independent policies. A state can do one, the other, both, or neither. Of these four possibilities, there’s only one that can’t plausibly be called a socialism — and not a single state on earth behaves this way!

Better terms are in order, but I know that whatever I propose here isn’t going to stick, so I’m not going to try. Instead I want to look at some of the consequences that may arise from our fuzzy terminology.

One danger is that we may believe and support one conception of “socialism” — only to find that the agents we’ve tasked with supplying it have had other ideas all along: We may want Norway but get Venezuela. Wittingly or unwittingly.

Before we say “oh please, of course we’ll end up in Norway,” let’s recall how eager our leftist intelligentsia has been to praise Chavez’s Venezuela — and even declare it an “economic miracle” — until the truth became unavoidable: The “miracle” of socialism in Venezuela turned out to be nothing more than a transient oil boom. Yet leftist intellectuals are the very sorts of people who will be drawn, by self-selection, to an administration that is proud to call itself socialist.

There’s some resemblance to a “motte-and-bailey” process here: they cultivate the rich, desirable fields of the bailey, until they are attacked, at which point they retreat to the well-fortified motte. The easily defensible motte is the comfortable social democracy of northern Europe, which we all agree is pretty nice and happens to have quite a few free-market features. The bailey is the Cuban revolution.

This motte-and-bailey process does not need to be deliberate; it may be the result of a genuinely patchwork socialist coalition. No one in the coalition needs to have bad faith. An equivocal word is all that’s needed, and one is already on hand.

Even when we look only at one country, the problem remains: We may only want some institutional parts of Denmark — and we may want them for good reasons, such as Denmark’s relatively loose regulatory environment. But what we get may only be the other institutional parts of Denmark — such as its high personal income taxes. (Worth noting: Bernie Sanders has explicitly promised the higher personal income taxes, while his views on regulation are anything but Danish.)

Will thinks that electing someone on the far left of the American political spectrum could be somewhat good for liberty, but I’m far from convinced. Remember what happened the last time we put just a center-leftist in the White House: By the very same measures of economic freedom that Will uses to tout Denmark’s success, America’s economic freedom ranking sharply declined. And that decline was the direct result of Barack Obama’s left-wing economic policies. We got a larger welfare state and higher taxes, but we also got much more command-and-control regulation.

Faced with similar objections from others, Will has already performed a nice sidestep: He has replied that voting for Sanders is — obviously — just a strategic move: “Obviously,” he writes, “President Bernie Sanders wouldn’t get to implement his economic policy.” Emphasis his.

To which I’d ask: Do you really mean that Sanders would achieve none of his economic agenda? At all? Because I can name at least two items that seem like safe bets: more protectionism and stricter controls on immigration. A lot of Sanders’s ideas will indeed be dead on arrival, but these two won’t, and he would be delighted to make a bipartisan deal that cuts against most everything that Will, the Niskanen Center, and libertarians generally claim to stand for. Cheering for a guy who would happily bury your legislative agenda, and who stands a good chance of actually doing it seems... well, odd.

Would Sanders decriminalize marijuana? Or reform the criminal justice system? Or start fewer wars? Or spend less on defense? Or give us all puppies? I don’t know. Obama promised to close Guantanamo. He promised to be much better on civil liberties. He promised not to start “dumb wars” or bomb new and exotic countries. He even promised accountability for torture.

In 2008, I made the terrible mistake of counting those promises in his favor. We’ve seen how well that worked out.

It’s completely beyond me why I should trust similarly tangential promises this time around — particularly from a candidate like Sanders, whose record on foreign policy is already disturbingly clear. None of the rest of these desiderata have anything to do with state control over our economic life, which would appear to be the one thing the left wants most of all. (Marijuana: illegal in Cuba. Legal in North Korea. Yay freedom?)

Ultimately, I think that electing someone significantly further left than Obama will not help matters in any sense at all, except maybe that it will show how little trust we should put in anyone who willingly wears the socialist label. The only good outcome of a Sanders administration may be that we’ll all say to ourselves afterward: “Well, we won’t be trying that again!”

Now, I am prepared to believe, exactly as Will writes, that “‘social democracy,’ as it actually exists, is sometimes more ‘libertarian’ than the good old U.S. of A.” That’s true, at least in a few senses. Consider, for instance, that Denmark isn’t drone bombing unknown persons in Pakistan using a type of algorithm that can’t seem to deliver interesting Facebook ads. (One could say that, as usual, Denmark is letting us do their dirty work for them, with their full approval, but I won’t press the point.)

Either way, that’s still a pretty low bar, no? Meanwhile, there remains plenty of room for us to imitate some other bad things — things that we aren’t doing now, but that Denmark is doing, like taxing its citizens way, way too much. The fact that these things are a part of the complex conglomerate known as northern European social democracy doesn’t necessarily make them good, exactly as remote control assassination doesn’t become good merely by virtue of being American.

In short: Point taken about social democracy. At times, some of it isn’t completely terrible. But that only gets us so far, and not quite to the Sanders slot in the ballot box.