Information will be free, including instructions on how to print a gun. 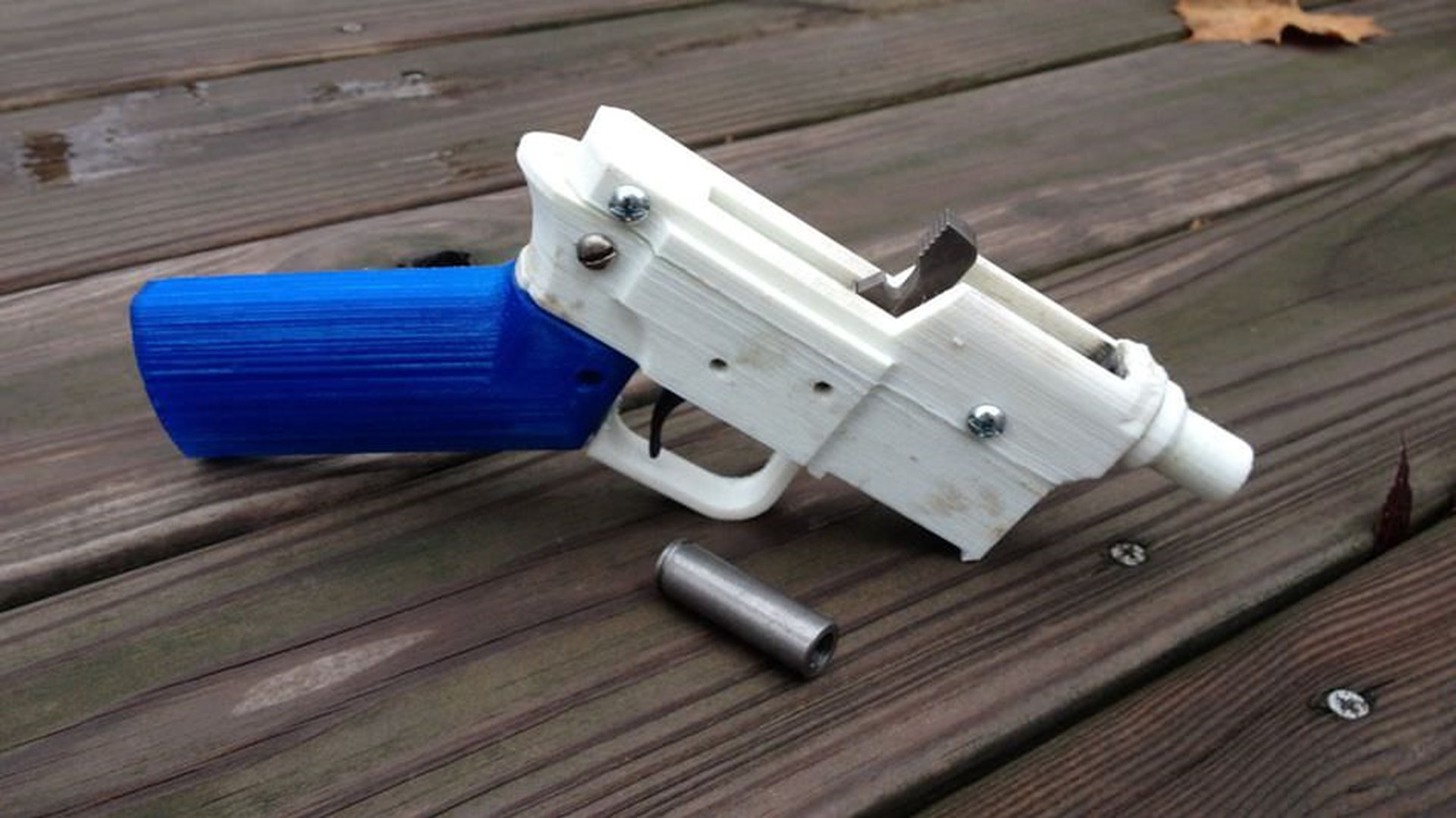 Conservation gadflies, Gabrielle Adelman and her husband Ken, took to their Robinson R-44 helicopter, she pilot, he photographer, and snapped thousands of Pacific coastline photographs from Oregon to the Mexican border, one about every five hundred feet, showing the ocean’s slow but steady reclamation. Their efforts eventually proved worthy of lauds and awards.

However, not everyone was pleased with the Adelmans’ labor of love for their advocacy group, California Coastal Records Project. Ken’s images were uploaded to pictopia.com, and one of the thousands of photographs, labeled 3850, appeared to reveal actress, songstress, activist Barbra Streisand’s palatial, cliff-defying mansion.

Neither the Adelmans nor anyone else knew the estate belonged to Streisand. Nothing about the picture hinted even slightly to that fact. The Adelmans learned of 3850’s significance by way of a $50 million, yes million, lawsuit brought by Streisand, hoping to have the offending image removed in an effort to protect Yentl’s / Roz Focker’s privacy.

On a stream of conscious dare, Mr. Wilson and a cohort tired of American political discourse. They were spry for some mischief, having engaged in assembling a Super PAC to subvert the electoral process, ultimately finding it wanting, finding the subterfuge too subtle. What really grabbed at the US dialectic, such as it was, seemed to be things guns, gun control, the two mused over a few wandering conversations.

The American Right toyed with language empowering The Everyman to have an armed self-defense, accepting limits and registrations. The American Left seemingly adored 9 of the 10 Amendments to the Constitution, but for some reason old Number 2 was left distinctly out. Neither Right nor Left expected or wanted radical equality in the arena of personal arms.

What company would publish something like this, never mind 3D guns, but an introspective anarchist memoir to boot!The budding Maker movement by 2012 was hitting its stride, with hipster CEOs such as Bre Petis charming his way to Brooklyn and television specials, softening the word hacker, wrapping cotton candy around its verb conjugation hack. Everyone was a hacker, could hack.

Three dimensional printing had found a foothold, allowing an industrial imagination previously untapped. Everyman could print tchotchkes, functional pieces; why, even some enterprising do-gooders had begun drafting prosthetics for children. We were all hackers now, even if hacking meant to print Hello Kitty effigies. Websites were created in the Open Source tradition, allowing Makers to share files and innovations.

For Mr. Wilson, the means of production, not quite in the Marxian sense, but close, were slowly moving to Everyman. The perfect political mischief, he discussed with his pal during those increasingly eccentric talks, would be to offer up to progressives, prohibitionists, establishment types a taste of radical equality. What if, just what if, something like a gun could be printed using simply a home computer, 3D printer, and available materials? Further, what if the hard part, the engineering and metallurgy, was done way ahead of time, encapsulated in an executable file for download? For free? Wikipedia for weapons. A Wiki Weapon!

Barbra Streisand’s ghost burst into action as Mr. Wilson used online crowdsourcing to attempt raising the twenty grand his back of the envelope calculation assumed it’d take for a Wiki Weapon to see quickening, life. The plea alone generated media hysteria. One outlet picked it up and then another. Forbes. CNN. BBC. Wired. New York Times. The coverage was typically alarmist, alerting any manner of kook and weirdo, and Joe and Jane American, that not only were 3D printers a thing but that printing a gun might be possible – Streisanding like a mofo.

Mr. Wilson slowly began to realize this isn’t just a parlor trick.Mr. Wilson slowly begins to realize this isn’t just a parlor trick, but he is counted upon both to fail by entrenched enemies but also to succeed by those energized from his claiming a libertarian spirit. And he’s not a gun guy. He’s never made a gun. He literally just thought about the entire material subject, like, a month ago. From a distance, this uppity Arkansan, Texas shit kicker with a gap-toothed smile and Supercut product-less hair helmet, this gum chewing smart ass, was given soft pats on the head by mainstream media outlets.

That was, of course, until Mr. Wilson spoke. Very quickly they learned Mr. Wilson was every bit their intellectual equal, if not always their superior attempting to bring his mountainous reasoning into focus for the given reporter. Conversant with Baudrillard, Foucault, Bastiat, Mr. Wilson bedeviled each interrogator who wished to snide at his relative youth (24-25 during the span of the memoir).

As I continued to read Come and Take It, I expected a whole fleshing out of his ideas in the sense of philosophical citations, examinations, etc. I expected a manifesto. That’s not what this is. It’s many times deeper, challenging.

Unlike activists of any stripe, Mr. Wilson can write. At about twenty pages, the following is suddenly snuck in as he awaits first media fallout with a lady friend:

“We shared an intuition. Was it millennial? Some nights I’d join her house-sitting for bankers in West Little Rock. We raided their refrigerators like we would one day raid their 401ks – with the dim awareness that home ownership, country club dues, and large portraits of hateful little twins would never be ours. Sitting atop a high retaining wall on the riverbank, we watched the cool glow of the city and the blinking radio towers.

‘I don’t know. I’m beginning to think I won’t be able to come back from this one,’ I confessed.

‘No matter how much fun you have, you’re marked after trying something like this.’”

I immediately stopped reading, and flipped to the spine. What company would publish something like this, never mind 3D guns, but an introspective anarchist memoir to boot!

“Unfortunately, we’d rather not comment,” came the terse, one line electronically mailed response from Gallery Books’ marketing department to a polite phone conversation. Since the back story also included Mr. Wilson swooping up a quarter million dollar book deal with a Simon & Schuster imprint, I figured it is worth exploring. A reviewer missing that solid bit shouldn’t be read. One of ours has broken through the matrix. It’d be criminal not to find out how.

I wanted some inside baseball about a mainstream house taking on the personage of Mr. Wilson in particular and Wiki Weapons in general among title mates such as Tori Spelling, Amy Schumer. Mr. Wilson’s working to produce the first downloadable, 3D printable, fully functional firing pistol while battling the State Department isn’t exactly Gallery Books’ standard white girl empowerment fare.

As I suspected, Gallery hadn’t any real idea what they’d purchased. Any other marketing department would be only too happy to get free publicity for a new release. Strange.

Gallery Books not only purchased the book, but gave Mr. Wilson the head space to write an outstanding literary contribution to a distinctly American cultureFor his part, Mr. Wilson presses how many “other publishers no bid me, and even provided comment that my book would be wrong and evil. Something they couldn’t publish, and had a duty not to. For real.” He goes on to describe the process with Gallery as being able to “write 95% of the book I wanted to write. They demanded more explication here and there, and the silly intro, but I trust their experience, and it probably wouldn’t have been as accessible if I had my way 100%.”

Far from picking on companies such as Gallery Books, I mean to convey empathy to what will at first be an ideological readership for Come and Take It. Gallery Books might be reluctantly heroic for publishing Mr. Wilson (Foundry Media, a literary agency, I should also mention, gets a thumbs up too for hustle and a “strong proposal” to get the book purchased), but the more units his books sells, especially considering the subject matter, the more likely such publishers will be to take meetings with other liberty-friendly authors.

Keen market observers understand as much. Gallery Books not only purchased the book, but gave Mr. Wilson the head space to write an outstanding literary contribution to a distinctly American culture, Rifleman culture. Gallery Books should be rewarded with patronage for at least that much.

Rarer still is there an author who can breathlessly weave polymer chemistry and ballistic minutiae in with poetry, giving off a modern Hank Rearden-like search vibe for the perfect material.    The opposite is also true, and, as Mr. Wilson lays out painstakingly, corporate America wasn’t always so brave and supportive. Crowdsourcing site Indiegogo recoils quickly, after claiming to be the alternative to other, more censorious ventures; Stratasys, the industrial 3D printing company not only called back their leased machine from Mr. Wilson but took the extra dickish step of making a criminal complaint to the local ATF; MakerBot is cowardly, and don’t get me started with Thingiverse. These companies and products deserve scorn for their collusion.

There is not another Cody Wilson waiting in the wings to take this issue up, to power through these obstacles, to take the legal hits. There isn’t any other contemporary anarchist memoir filled with observational odes to Texas topography as a way to highlight or punctuate a scene. No one else invites readers into the curious world of squatting anti-fascists of Europe. Rarer still is there an author who can breathlessly weave polymer chemistry and ballistic minutiae in with poetry, giving off a modern Hank Rearden-like search vibe for the perfect material.

Personal misgivings about Come and Take It mostly involve quibbles. It for sure needs an Index, and if enough units are moved Gallery will run a paper edition which sometimes is cheaper to include referential sections. I like the title enough, but the subheading, The Gun Printer’s Guide to Thinking Free is going to give the mistaken impression this is some sort of hobbyist manual, robbing potential readers of this gem when Mr. Wilson caught glimpse of the Wiki Weapon prior to first assembly and in anticipation of its maiden shot:

“The light from the open workshop door spilled in the lot, and our shadows walked across the cold metal building beside us. The pistol was disassembled. With our cameras in hand, we leaned in to stare at the sixteen ghostly pieces scattered on the concrete floor. The hammer, pins, and spiraling springs in a coda. Like the shapes of a dead language. A fragmented thought from some other world and beyond any reckoning.”

The story for Mr. Wilson continues to the present. He is beset by legal hurdles to overtly keeping digital Wiki Weapon files online and sharable, and recently lost a 2-1 ruling by the 5th Circuit on mostly “national security” grounds. No word yet if a Supreme Court challenge is being mounted. In the meantime, Mr. Wilson continues his advocacy for file sharing and Second Amendment protections, operating Defense Distributed  (defdist.org) and working on a general purpose CNC mill project titled Ghost Gunner (ghostgunner.net).

Babs continues her magic, however, as more and more gun files are uploaded all over the world, hosted most recently by The Pirate Bay, and still more people learn of Rifleman culture and free expression all because Cody Wilson refuses to let them come and take it.