The Rise and Fall of Nicolae Ceausescu, “the Romanian Fuehrer”

As we approach a new year, we should remember that eternal vigilance truly is the price of liberty.

Ceausescu is pictured on the right. Image credit: The National History Museum of Romania

Traditionally, Christmas is a time of peaceful reflection and restful appreciation of the fast disappearing year. In 1989, there was much to contemplate.

The most dramatic symbol of totalitarian tyranny, the Berlin Wall, fell dramatically. The Evil Empire, as Ronald Reagan memorably described the Soviet Union, was dissolving. The Soviet satellites were gone: Poland, Hungary, Czechoslovakia, East Germany, and Bulgaria all defenestrated their communist rulers. Even the Soviet republics were restless, headed out of the Russian-dominated union. Indeed, Lithuania was just a couple months away from declaring independence.

Even the ruthless totalitarian state created by Romania’s dictator and dictatress, Nicolae and Elena Ceausescu, was gone. And they were subjected to justice after 24 years in power. It was imperfect, but it was justice nonetheless.

The Rise of Ceausescu

Nicolae was a member of the communist youth movement. He was arrested and imprisoned multiple times. His 1936 mugshot at age 18 still haunts the internet. His country passed from traditional monarchy to troubled democracy to royal dictatorship to military control to occupied territory. In World War I, Bucharest had gained territory seized from the disintegrating Austro-Hungarian and Russian Empires. As World War II approached, Romania lost those lands. First allied with the Nazis, Bucharest switched sides in 1944 but was still dominated by the conquering Soviet Union, which established a communist government. 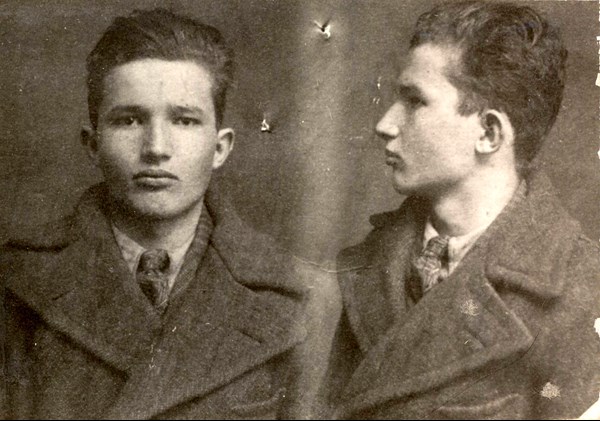 Ceausescu rose within the system, becoming party general secretary in 1965 and president in 1967. He trended liberal at first, easing censorship and denouncing the Soviet-led invasion of Czechoslovakia. But by 1971, he had shifted back, mimicking the Chinese communists by issuing “July Theses” and imposing “Socialist Humanism,” the ultimate oxymoron.

He vied with Albania’s Enver Hoxha to establish the most totalitarian European communist state, while maintaining independence from Moscow. In fact, Ceausescu became the West’s favorite communist, despite the devastation that he wreaked on his own people.

His economic policies proved disastrous, destroying his people’s, though not his, standard of living. He established a cult of personality rare in the European communist states. Among his titles were "Leader" and "Genius of the Carpathians." His wife, Elena—who pretended to be a learned scientist—filled a high-profile political role, along with his son Nicu, expected to become his successor. (Romanians joked about the development of “socialism in one family,” instead of country.)

The family demonstrated its unique rapacity on a state visit to France in 1978, when the Ceausescus looted their quarters at the Elysee Palace, behaving like “burglars,” complained the French. President Valery Giscard d’Estaing then warned Queen Elizabeth, whose country was next on Ceausescus’ itinerary. Buckingham Palace hid the silver brushes and much more.

The Collapse of Communism

Until Romania, all of the Soviet satellites collapsed peacefully. Erich Honecker, Communist Party General Secretary in East Germany, reportedly was prepared to shoot, but the politburo “retired” him instead. Unlike the other Eastern European leaders, Nicolae Ceausescu was determined to maintain control irrespective of the human cost. He was horrified by reform in Poland, which held the region’s first modern free election, and called for a Warsaw Pact invasion. No wonder Mikhail Gorbachev called Ceausescu “the Romanian fuehrer.”

The most critical factor that ended communism as a system of government was Gorbachev’s decision to keep the Red Army in its barracks. The East European communist leaders were mostly cowardly apparatchiks who wanted someone else to do the dirty work. Especially since they could not trust their nations’ militaries to carry out orders to suppress popular protests.

Demonstrators were “overwhelmed by joy” as the regime disintegrated.

Ceausescu was not so squeamish. He made clear that the Soviet Union’s glasnost and perestroika would have no role in Romania. He demonstrated his ruthlessness when demonstrations broke out in mid-December 1989 in Timisoara, which had an ethnic-Hungarian majority. People gathered to protect a minister threatened for his criticism of the regime but expanded their protests to target Ceausescu. On the 17th, security forces began firing on demonstrators. Scores died, hundreds were wounded, and news of the atrocities spread across the country.

To reassert control, the simultaneously arrogant and clueless Ceausescu called a large rally in Bucharest on the 21st (touted as a “spontaneous movement of support” for the dictator). He began his usual harangue to the seemingly docile crowd, holding signs and pictures of him and Elena. Then the unthinkable happened: people started jeering and shouted him down.

His face registered shock as he sought to quiet the crowd by waving his right hand and shouting, “keep calm.” Order temporarily returned, only to soon give way to even angrier protests. He eventually fled the balcony, taking refuge in what was the Communist Party Central Committee headquarters.

That night, security forces battled people on the streets of Bucharest. The next day protests had spread across the country. Ceausescu sought to address the gathered crowds again, only to be met by a barrage of stones and other objects. The Ceausescus then fled by helicopter from the building’s roof as crowds broke into the headquarters building. The fugitive couple left the capital behind but were captured on the run later that day.

Demonstrators were “overwhelmed by joy” as the regime disintegrated, one official observed. But the secret police, or Securitate, sought to regain control. However, the army turned on the Ceausescus and battled the police.

Whether the fight was an unscripted revolution or a pageant orchestrated by other communist party leaders determined to take power remains undecided. (The latter charge led to the indictment earlier this year of 89-year-old Ion Iliescu, the former communist official who became Romania’s first elected president, for crimes against humanity. He has yet to be tried.) Nearly 1,000 people died and more than 2,100 were injured in the confusing battles that continued for days across the country.

But Ceausescu’s time in power had ended. On Christmas Day Nicolae and Elena faced a drumhead court-martial, captured on tape. In a 55-minute trial, they were found guilty of committing genocide, subverting state power, destroying public property, undermining the national economy, and attempting to flee Romania with public funds. A horrid, disastrous, tyrannical reign of 24 years had come to an ignominious end.Little evidence was offered, but the horror of their rule was evident to all. Their appointed attorneys joined the prosecution in contending that the Ceausescus were guilty of capital crimes. They were sentenced to death.

The result was preordained. Gen. Victor Stanculescu already had chosen the execution squad and location to carry out the sentence. The prisoners were bound, with Elena shouting “shame” and claiming that she had raised the soldiers like their mother. Hundreds of soldiers volunteered for the execution squad; one officer reported that “everyone wanted to shoot.” Those chosen didn’t wait for orders to fire and fired often. The former dictator and dictatress were hit by 120 bullets. Their bodies were reburied in a family grave in 2010, largely forgotten by the world, though not Romanians.

The show trial was “quite shameful, but necessary,” argued Iliescu. Stanculescu similarly said the trial was “not just, but it was necessary.” He believed a public lynching was the alternative. Or, many feared and the Ceausescus hoped, rescue by the Securitate.

For the first time in decades, Romanians were able to celebrate Christmas. And they had something serious to celebrate. A horrid, disastrous, tyrannical reign of 24 years had come to an ignominious end.

Thirty years have passed, but it is important never to forget the evil that men and women can commit. And how humanity’s worst tendencies are exacerbated by power, especially absolute power. As we approach a new year we should remember, as oft has been said, that eternal vigilance truly is the price of liberty.