The Racist Roots of Marijuana Prohibition

The war on marijuana was a product of American's growing prejudice towards the influx of Mexican immigrants after the Mexican Revolution. 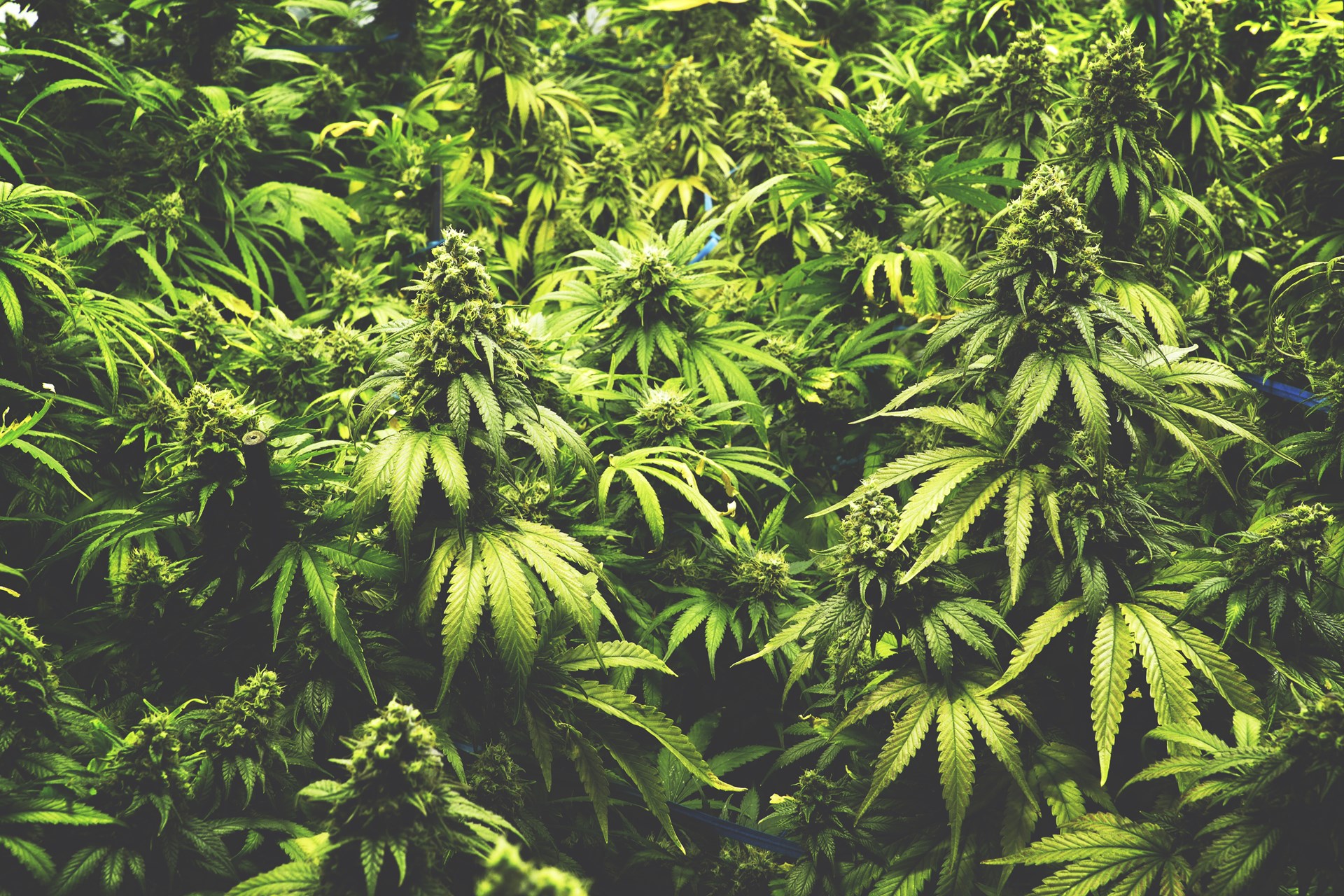 The history of marijuana (or cannabis/THC) stems back over 10,000 years and is widely recognized as one of the most useful plants on the planet. Yet it was made illegal in the United States in the early 20th century due to political and economic factors.

History of The Drug

Let’s get one thing clear: marijuana was not made illegal because it caused “insanity, criminality, and death” as was claimed by Harry J. Anslinger. It was made illegal in an attempt to control Mexican immigration into the United States and to help boost the profits of large pharmaceutical companies.

Humans have been using the plant for almost 10,000 years to make necessary items such as clothing and pottery. But the first direct reference to a cannabis product as a “psychoactive agent” dates back to 2737 BC in the writings of the Chinese emperor Shen Nung.

Southern states feared the plant so much, it was called the "marijuana menace."The focus was on its healing powers, primarily how it healed diseases such as malaria and even "absent-mindlessness." The plant was used recreationally by Indians and Muslims as well.

The drug was introduced into America by the Spanish in 1545, where it became a major commercial force and was grown alongside tobacco. Farmers mostly grew hemp instead of cannabis (a form of the plant that is very low in THC), and by 1890 it had replaced cotton as the major cash crop in southern states.

Hemp continued to flourish in the States until the 1910s when Mexicans began popularizing the recreational use of cannabis.

At the time, cannabis was not primarily used for its psychoactive effects. However, and quite frankly, many "white" Americans did not like the fact that Mexicans were smoking the plant, and they soon demonized the drug.

Around 1910, the Mexican Revolution was starting to boil over, and many Mexicans immigrated to the U.S. to escape the conflict. This Mexican population had its own uses for cannabis, and they referred to it as "marihuana." Not only did they use it for medicinal purposes, but they smoked it recreationally – a new concept for white Americans. U.S. politicians quickly jumped on the opportunity to label cannabis “marihuana” in order to give it a bad rep by making it sound more authentically Mexican at a time of extreme prejudice.

It worked. Southern states became worried about the dangers this drug would bring, and newspapers began calling Mexican cannabis use a “marijuana menace.”

During the 1920s, many anti-marijuana campaigns were conducted to raise awareness about the many harmful effects the drug caused. These campaigns included radical claims stating that marijuana turned users into killers and drug addicts. They were all obviously fake, made up in an attempt to get rid of Mexican immigrants.

"A widow and her four children have been driven insane by eating the Marihuana plant, according to doctors, who say that there is no hope of saving the children's lives and that the mother will be insane for the rest of her life," read a New York Times story from 1927. It was clear the newspapers and tabloids were building a campaign against the plant, and much of it has been said to be based on racist ideologies against Mexican immigrants.

The "war against marijuana" arguably began in 1930, where a new division in the Treasury Department was established — the Federal Bureau of Narcotics — and Harry J. Anslinger was named director. This, if anything, marked the beginning of the all-out war against marijuana.

Anslinger realized that opiates and cocaine would not be enough to build his new agency, so he turned towards marijuana and worked relentlessly to make it illegal on a federal level. Some anti-marijuana quotes from Anslinger’s agency read:

“There are 100,000 total marijuana smokers in the US, and most are Negroes, Hispanics, Filipinos, and entertainers. Their Satanic music, jazz, and swing, result from marijuana use. This marijuana causes white women to seek sexual relations with Negroes, entertainers, and any others.”

“…the primary reason to outlaw marijuana is its effect on the degenerate races.”

“Marijuana is an addictive drug which produces in its users insanity, criminality, and death.”

“You smoke a joint and you’re likely to kill your brother.”

“Marijuana is the most violence-causing drug in the history of mankind.”

Yes, every single one of these claims is outrageous, but the strategy worked.

(Harry Anslinger got some additional help from William Randolph Hearst, owner of a huge chain of newspapers. Hearst had lots of reasons to help. First, he hated Mexicans. Second, he had invested heavily in the timber industry to support his newspaper chain and didn’t want to see the development of hemp paper in competition. Third, he had lost 800,000 acres of timberland to Pancho Villa and blamed Mexicans. Fourth, telling lurid lies about Mexicans [and the devil marijuana weed causing violence] sold newspapers, making him rich.)

The war on marijuana intensified in 1970, when the Controlled Substances Act was passed.

The two were then supported by the Dupont chemical company and various pharmaceutical companies in the effort to outlaw cannabis. Pharmaceutical companies were on board with the idea because they could not standardize cannabis dosages, and people could grow it themselves. They knew how versatile the plant was in treating a wide range of medical conditions and that meant a potentially massive loss of profits.

So, these U.S. economic and political powerhouses teamed up to form a great little act called The Marijuana Tax Act of 1937.

This act testified to the many harmful effects of marijuana and was obviously opposed by many. But it was ultimately the committee chairman who got this act passed in congress.

The chairman decided that

“high school boys and girls buy the destructive weed without knowledge of its capacity of harm, and conscienceless dealers sell it with impunity. This is a national problem, and it must have national attention. The fatal marihuana cigarette must be recognized as a deadly drug, and American children must be protected against it.”

And there you have it: 1937 marks the year where marijuana became illegal in the United States of America.

A man by the name of Harry Anslinger became the director of the newly established department — the Federal Bureau of Narcotics.

Anslinger teamed up with William Randolph Hearst (a newspaper company owner) and some big-time pharmaceutical companies, and together they launched an anti-marijuana campaign to profit off of manufactured medicine and deport thousands of Mexicans.

Marijuana was not made illegal because of its negative health impacts. It was these men who manipulated the public into believing the herb was deadly, and their impacts are still felt even today.

The war against marijuana intensified in 1970, when the Controlled Substances Act was passed.
The future for marijuana is looking very bright.

During this time, marijuana, heroin, and LSD were listed as "schedule 1" drugs (having the highest abuse potential and no accepted medical use). Obviously, this goes against thousands of years of human knowledge where it was widely known that cannabis was one of the most beneficial herbs on the face of the planet.

Congress has repeatedly decided to ignore history to the benefit of big pharmaceutical companies, which bring in billions of dollars annually from selling cheaply manufactured medicine.

The “zero tolerance” climate of the Reagan and Bush years resulted in the passage of stricter laws, mandatory minimum sentencing for possession of marijuana, and heightened vigilance against smuggling at the southern borders. The “war on drugs” brought with it a shift from reliance on imported supplies to domestic cultivation.

It wasn’t until 1996 when California legalized marijuana for medical use. Alaska, Oregon, and Washington eventually followed suit. However, it has taken well over a decade for marijuana to reach recreational legalization in these states.

With all this being said, the future for marijuana is looking very bright. Marijuana advocates believe there is a chance for at least 11 more states to legalize recreational marijuana in the near future, which would be a huge leap forward in the grand scheme of things.

It has taken far too long to break the stigma attached to marijuana. Yes, like any drug, it can be abused. But to ignore its obvious health benefits in order to maintain large scale pharmaceutical operations and a monopoly on the health industry is ludicrous.

David McDonald is a 20-year-old student at the University Of Guelph.