The Medicis Were Better Art Patrons than the NEA

We do not have to like private art patrons, or agree with their politics, in order to credit their role in cultural preservation. 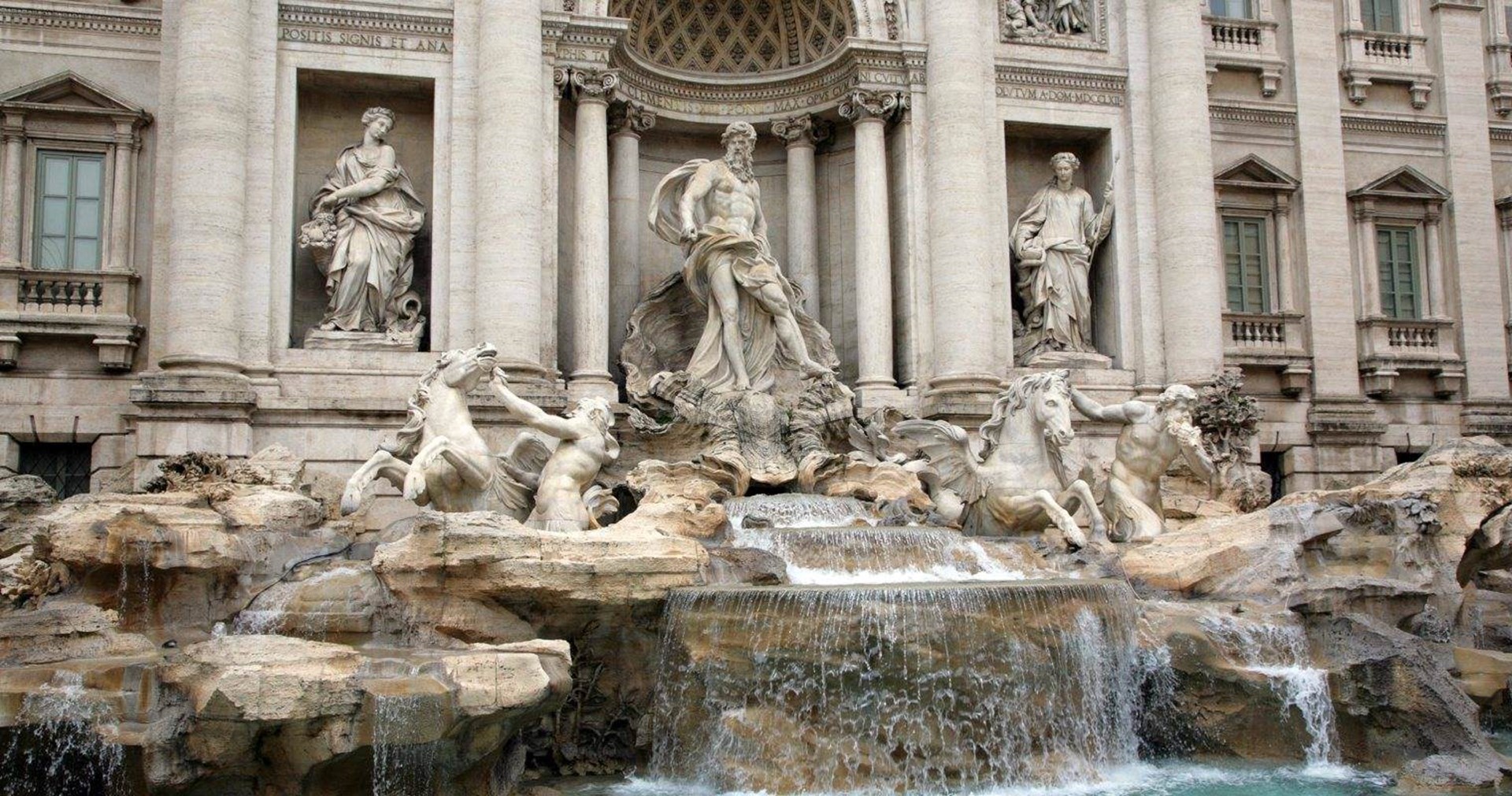 Seven years ago, I tossed a coin into the Trevi Fountain. Last week, I returned to the Eternal City.

Now, as a Californian, I needn’t go far for luscious sceneries, agreeable weather, and good wine. But my wife and I wanted an Italian road trip.

We still travel to Italy for the same reasons itinerant aristocrats went: to view the art, and immerse in the culture.Before Rome, we started out winding through medieval hill towns, and braving the capriciousness of Italian motorists. We also have crazy drivers in California, so what were we thinking? Indeed, if wandering around Europe is not the summit of romance to American travelers, it is certainly mounting the crest.

In the 17th century, English gentlemen would travel through Europe on a Grand Tour, honing language skills, and studying the art, history, and culture of Western Civilization. By the 19th century, rising incomes and the expansion of railways opened the custom to greater numbers, including Americans and women.

Today – no longer the privilege of foppish macaronis and rich dandies – college students, honeymooners, retirees, or anyone with a backpack and wanderlust can experience Europe.

I think we still go for the same reasons those itinerant aristocrats went: to view the art, and immerse in the culture.

But consider Rome during peak tourism.

Over the millennia, Rome has been the throne of Caesar, temple of martyrs, and canvas of Bernini. So why does it feel like Disneyland with cheaper souvenirs, and smaller mice? Why are half the menus in English, and serving french fries? Even Olive Garden doesn’t serve french fries!

I’m a tourist. I don’t speak Italian, and I snapped photos at the Colosseum. I ate gobs of gelato, and my knowledge of wines is restricted to “some wines are red, while others are white.”

But when I’m genuflecting at a saint’s relic, tripping over somebody with a fanny-pack and a selfie-stick, who is getting in whose way?

Loud conversations have their place. Churches and art galleries are not those places – not even in America!

Sadly, cultural immersion is difficult in a city colonized by tourists. I know my fellow travelers want to see the Pantheon as much as I do. But I think we can all strive to observe the Boy Scout’s “leave no trace” principle. For starters: you do not need a selfie of everything.

Admittedly, I probably long for a Rome that no longer exists. In 2016, tourist-trap Rome is Rome. No, Caesar doesn’t live here, but you can see his house for €20. Besides, with a struggling economy, Italy needs the tourism revenues. How else will they maintain all those priceless antiquities?

Who Will Patronize the Arts?

During the Middle Ages, Rome certainly had fewer tourists. In the 5th century, Rome was sacked, and for the next millennium it was controlled by a succession of Germanic tribes and powerful families. The population dropped fifty-fold. Public monuments were raided, and slowly decayed. Antiquities were stolen or lost, and the frescoes faded.

By the 15th century, ruins and fragments were all that remained.

During the Renaissance, rich families and the Catholic Church supported the arts. In the U.S. today, it's the unconstitutional National Endowment for the Arts.During the Renaissance, stability, commerce, and wealth returned to Italy. Suddenly, rich families like the Medicis and Borgheses, and the Catholic Church, had the capital to support the arts.

The Medicis commissioned artists like Donatello, da Vinci, Botticelli, and Michelangelo. They were influence peddlers who controlled the Florentine republic and an international private banking empire. The Pope was both spiritual head of the Church, and monarch of the Papal States.

During this period, the lines between public and private, and church and state, were not always obvious. But it would be inaccurate to liken Renaissance art patronage to modern arts subsidies. Church tithing was qualitatively different from the IRS taxing incomes to pay for the National Endowment for the Arts (NEA). And although Florence imposed taxes, it was nowhere near to the extent of modern states.

There was no Renaissance equivalent to the NEA, which redistributes tax revenues as grants. With an annual budget of $146 million, the NEA is among the most well-capitalized modern art patrons.

The NEA is also completely unconstitutional. At the Constitutional Convention in 1787, Charles Pinckney moved to include art subsidization among the powers of Congress. His motion was overwhelmingly rejected. In 1965, Congress pretended that never happened and established the NEA. It is also impossible for government grant-makers to remain neutral and avoid value judgments in determining who gets the tax money, thereby infringing the First Amendment rights of many rejected applicants.

The NEA is also completely useless, since private spending on the arts still dwarfs the NEA’s vast budget.

We decided to take some cultural walking tours. The best guides were the art historians who pick up extra money by imparting their passion and knowledge on interested neophytes like us.

Interestingly, they were unanimously cynical of private art patronage, past and present.

They casually lampooned the Renaissance popes, Medicis, and Borgheses. One guide lamented all the corporations funding current restoration projects, like Fendi’s $4 million overhaul of the Trevi Fountain.

They’re fine with the restoration, but seem to fear corporate influence. Perhaps they’re afraid to find Triton sashaying through the waters with a Fendi handbag on their next visit?

Another remarked that while the Medicis were villains, they had great taste. But so what if they were “villains”?

One guide remarked that while the Medicis were villains, they had great taste. But so what if they were "villains"?The truth is, Renaissance art patrons were not unlike modern-day philanthropists and business moguls. I’m sure David Geffen loves music as much as Pope Julius II loved art. That doesn’t mean Geffen didn’t expect a return on investment when his label signed Nirvana.

And just as the Medicis controlled the Florentine government, business moguls today are still, both, art patrons and kingmakers.

So, is it vulgar and blasphemous to suggest that Michelangelo’s sublime masterpieces were merely services rendered? And do we care who paid his bills, or why? Well, yes – but mainly to understand the context and history of the arts, and their time periods. These are fascinating stories.

In any case, we do not have to like private art patrons, or agree with their politics, in order to credit their role in cultural preservation. Art patrons are not above moral reproach. But without private spending on the arts I would have no reason to vacation in Italy, and unemployable art historians would be even more unemployable.

Also, unlike the NEA, private donors and investors are not limited by the First Amendment, or by prevailing standards of “decency.” Florentines were shocked by David, and flung stones during the unveiling. Rolling Stone magazine gave Nevermind poor reviews.

The fact that tourists still flock to David vindicates the private funders who commissioned Michelangelo. Maybe Nirvana will still be popular in five centuries. I don’t know if the NEA-funded Piss Christ will stand the test of time – I’d just rather not be forced to pay for it.

Rome is still an enchanting city. But after a couple of days, hop in a car and drive to the countryside. Walk the cobblestone streets where St. Francis of Assisi preached without speaking. Drink the wine where it’s made. Eat truffles.

Robert Coleman is an alumnus of Berkeley and Pepperdine Law, and a corporate attorney.