Popularized by 2016 presidential hopeful Bernie Sanders, Medicare for All has won the support of the broader progressive movement. 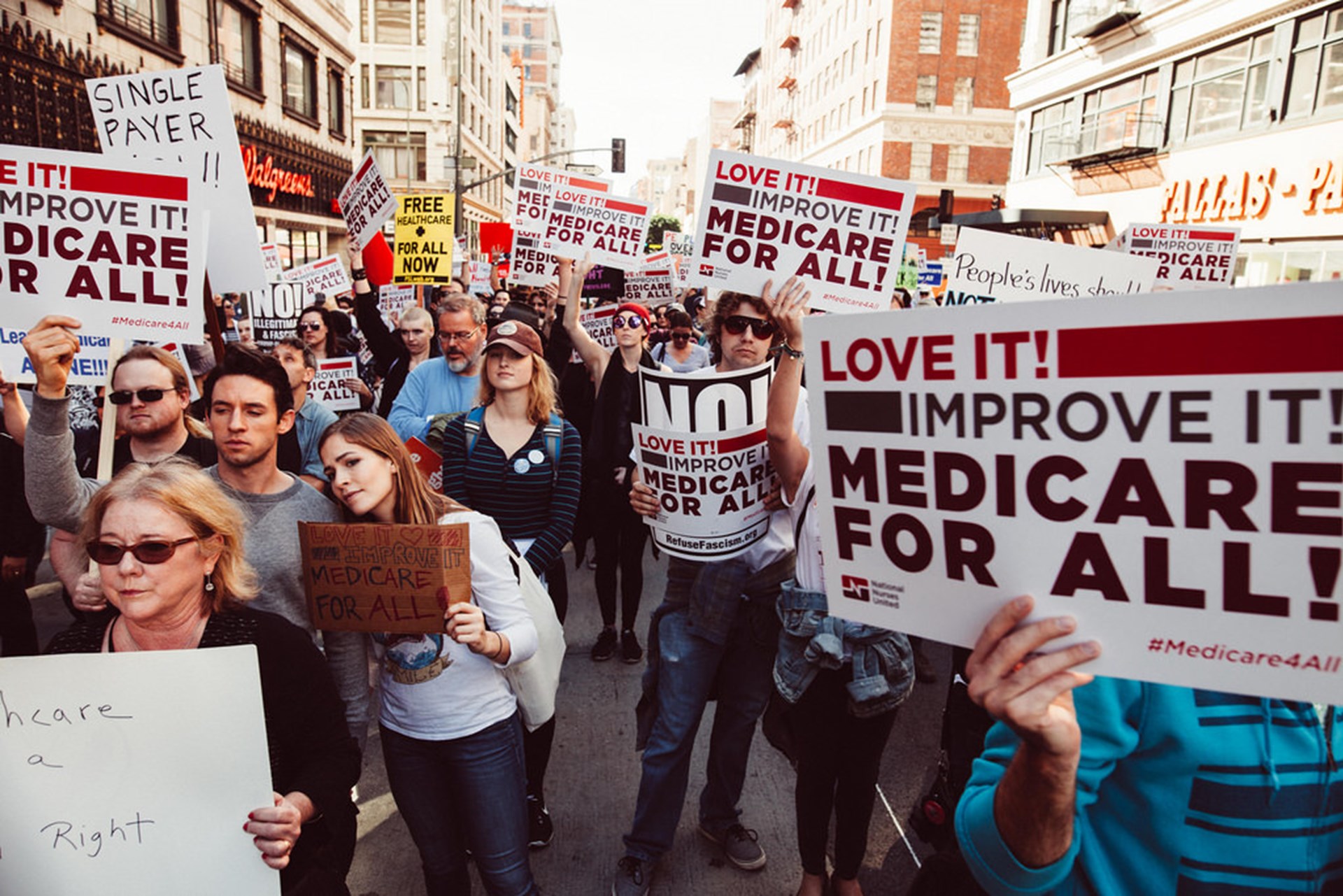 According to President Trump, the GOP will soon be “the party of health care.” Yet the “repeal and replace” approach to Obamacare is no longer on the table, so we’re not sure what’s coming next.

The Democrats, on the other hand, have a plan: Medicare for All. Popularized by 2016 presidential hopeful Bernie Sanders, this proposal has since won the support of many on the left. Democratic Rep. Pramila Japaypal’s new House bill to establish Medicare for All boasts over 100 cosponsors, making the party’s transformation clear. Yet the consequences of this proposed policy are somber. Medicare for All effectively tells citizens that health care quality can’t get better, that the system is broken beyond repair, and that they should just take one for the team—even if it results in a tragic ending.

Medicare for All would freeze the healthcare system as we know it, preventing further innovation and development.

For years, health care’s progression has sped along at a steady clip. Artificial intelligence and wearable technology, for instance, can now provide information that can be used for diagnostics and customized treatments which improve health care outcomes. Some doctors have moved to provide direct primary care, a Netflix-like subscription model with unlimited access to basic services against a monthly fee. Hospitals are building a reputation by voluntarily posting prices in an effort to increase transparency. Meanwhile, major companies are teaming up with telemedicine providers to make health services conveniently accessible to employees around the clock.

But little change or innovation is happening in areas under government control.

This is seen nowhere more clearly than in drug development. FDA drug approval times average 12 years. Hospitals also exemplify this inefficiency because physicians spend over 50 percent of their time on administrative tasks due to burdensomePatients have already paid more than their fair share, and they will continue to overpay through huge tax increases if the Democratic policy is implemented. ACA regulations. Turning the government into the only provider of health care would prevent innovative products and business structures from improving the quality of care because the profit incentives to outdo competitors would disappear. In the long run, the health of future generations would suffer.

Medicare for All is merely the government’s admission that it has failed to build a system that works. Federal policies have wreaked breathtaking damage—high prices, burned-out doctors, and a whopping 250,000 deaths due to medical errors every year—yet now, some feel that the government ought to take full ownership over the problem it created.

In truth, no one knows exactly how health care became the regulatory monster that it is today, let alone how to craft policies that will allow it to run smoothly for generations to come. Of course, politicians can’t admit to that, but they can always propose pie-in-the-sky solutions like Medicare for All and ignore the fact that patients will have to pay for their mistakes. Needless to say, patients have already paid more than their fair share, and they will continue to overpay through huge tax increases if the Democratic policy is implemented.

Giving More Power to the Government

Medicare for All leaves the door open for the government to assume a decisive role in people’s lives—and deaths. While patients would no longer transfer money to insurance and providers, health care bills would continue to be due, and the government would have to pick them up. With this financial power, the state would act as the ultimate decision-maker in granting access to treatment—with potentially tragic consequences.

We saw a devastating example of this in the case of a British couple whose baby, Alfie Evans, was refused hospital admittance by the UK government due to high treatment costs and a high probability of failure. Sure—economically, the decision makes sense. But many parents would rather lose a home than a child, and that tradeoff can’t reasonably be expected from a bureaucratic government entity that works under budget constraints. So Alfie Evans died. This isn’t the kind of controversy we should want to bring stateside, but it could potentially happen here if we hand the reins over to big government.

Medicare for All promises that the burden of cost will be lifted—but it doesn’t guarantee that health care quality and access will be maintained.

After all, Medicare for All presents parallels with Barack Obama’s 2012 re-election campaign ad “The Life of Julia.” Julia, a cartoon character meant to represent all of us, was introduced via an online slideshow that followed her from birth to death, her life punctuated by the government’s actions under the candidate’s would-be policies—free college tuition, subsidized health care, and social security through retirement. People across the political spectrum denounced the portrait as unrealistic, decrying the meaninglessness of Julia’s existence, the woman’s reliance on the state, and the manifest ways in which the promises couldn’t hold.

"The Life of Julia” promised the average American that she would be happy, healthy, and well off until death thanks to the support afforded to her by the government. At the end of Obama’s presidency, this rosy picture didn’t describe the situation of many Americans who had been fed false promises.

Today, Medicare for All promises that the burden of paying for healthcare will be lifted from patients—but it doesn’t guarantee that health care quality and access will be maintained. In fact, the opposite will happen. It’s high time for concerned citizens to realize the consequences of the proposal that too many already see as the future of healthcare.

Elise Amez-Droz is a Young Voices contributor and a health care policy associate in the Washington DC metro area. She is a graduate of the Fuqua School of Business at Duke University.