Extraterritorial tax powers give too much power to governments and undermine tax competition. 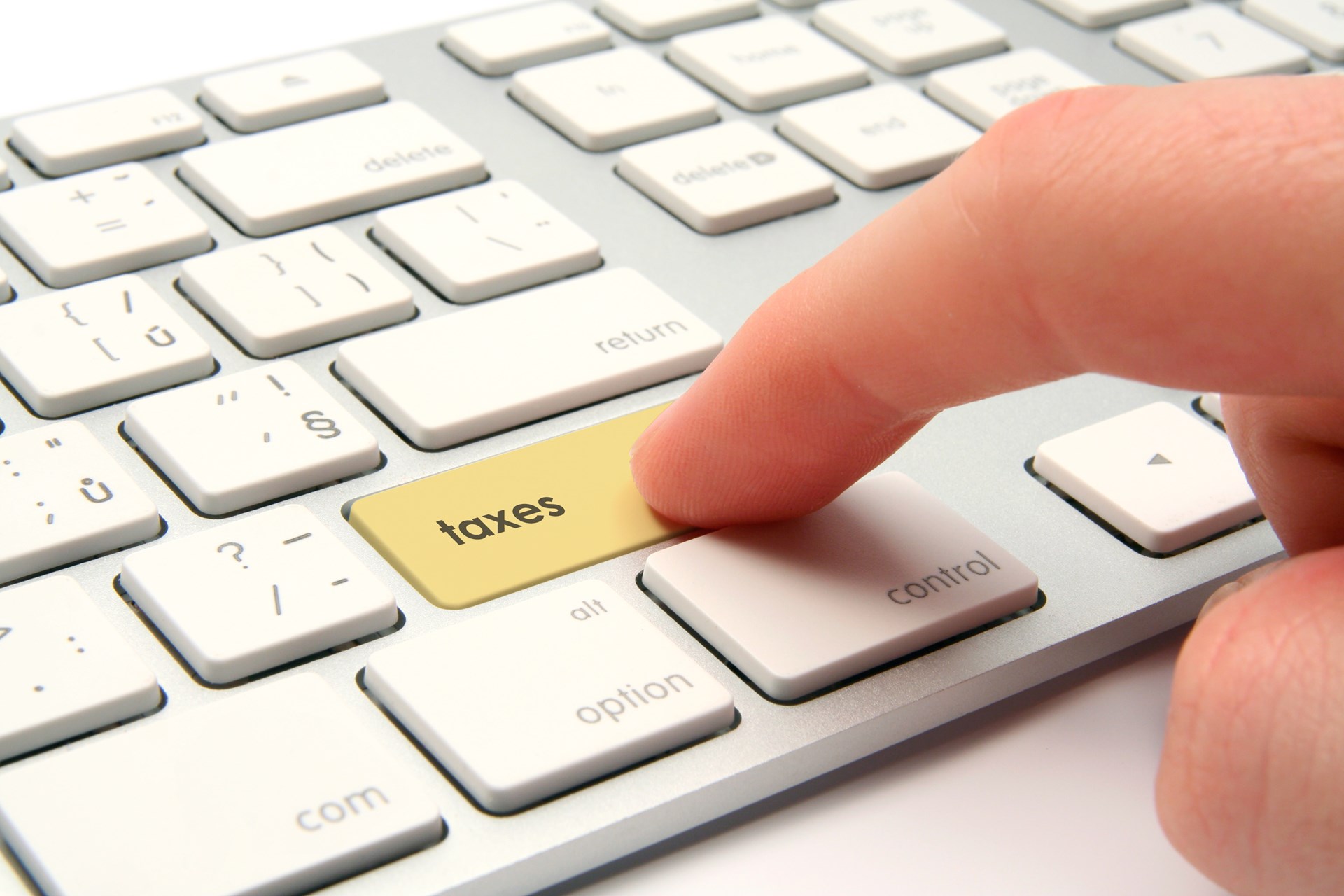 One of the key principles of a free society is that governmental power should be limited by national borders.

Here’s an easy-to-understand example. Gambling is basically illegal (other than government-run lottery scams, of course) in my home state of Virginia. So they can arrest me (or maybe even shoot me) if I gamble in the Old Dominion.

I think that’s bad policy, but it would be far worse if Virginia politicians also asserted extraterritorial powers and said they could arrest me because I put a dollar in a slot machine during my last trip to Las Vegas.

And if Virginia politicians tried to impose such an absurd policy, I certainly would hope and expect that Nevada authorities wouldn’t provide any assistance.

This same principle applies (or should apply) to taxation policy, both globally and nationally.

On a global level, I’m a big supporter of so-called tax havens. I’m glad when places with pro-growth tax policy attract jobs and capital from high-tax nations. This process of tax competition rewards good policy and punishes bad policy. Moreover, I don’t think those low-tax jurisdictions should be under any obligation to enforce the bad tax laws of uncompetitive countries.

There’s a very similar debate inside America. Some states—particularly those with punitive sales taxes—want to force merchants in other states to be deputy tax enforcers.

I’ve written about this topic and I think even my writings from 2009 and 2010 are still completely relevant. But let’s check some other sources, starting with a column in the Wall Street Journal. It’s from 2016, but the issue hasn’t changed.

The state of Alabama is openly defying the U.S. Supreme Court in an effort to squeeze millions of dollars of tax revenue from businesses beyond its borders. …This unconstitutional tax grab cuts to the heart of the Commerce Clause, which gives Congress the power to regulate trade "among the several States.” Alabama’s regulation directly contravenes the Supreme Court’s 1992 ruling in Quill v. North Dakota. In that case, the court held that North Dakota could not require an out-of-state office-supply company to collect sales taxes because the firm had no offices or employees there. …Alabama’s revenue commissioner, Julie Magee, is putting forward an untested and suspect legal theory: The state claims that if its residents buy more than $250,000 a year from a remote business, then the seller has an “economic presence”… There are around 10,000 sales-tax jurisdictions in the U.S., with varying rates, rules and holidays, and different definitions of what is taxable. Keeping track of this ever-changing patchwork is a burden, and forcing retailers to scramble to comply would profoundly hinder interstate commerce in the Internet age."

And here are some excerpts from a column published that same year by Fortune.

When politicians call for “fairness,” it’s important to take a closer look at their definition of fair. See, for example, the nationwide push in state capitols to slap online sales taxes on out-of-state retailers—a simple tax grab… states are constitutionally prohibited from collecting sales taxes from retailers that have no presence within their borders…thanks to the U.S. Supreme Court’s 1992 ruling in Quill Corp. v. North Dakota… Any national online sales-tax system will burden online retailers to a degree never felt by brick-and-mortar businesses. Local businesses only have to deal with a limited number of sales taxes—usually only the state, county, and local levies that apply to specific stores. Online retailers, on the other hand, would have to calculate and apply sales taxes across the entire nation—and roughly 10,000 jurisdictions have such taxes. Complying with this convoluted system would necessarily raise costs for consumers and stifle competition."

A large faction of House Republicans are pressing GOP leaders to attach legislation to the omnibus spending bill that would let states collect sales tax from remote online retailers. South Dakota Rep. Kristi Noem’s legislation…would let some 12,000 jurisdictions conscript out-of-state retailers into collecting sales and use taxes from their customers. …Contrary to political lore, sales tax revenues have been increasing steadily in states with healthy economies. Over the past five years, Florida’s sales tax revenues have grown 27%. South Dakota’s are up by nearly 30% since 2013. …Twenty or so states have adopted “click-through” taxes to hit remote retailers that have contracts with local businesses. In 2016 South Dakota invited the High Court to revisit Quill by extending its sales tax to out-of-state sellers. …the Court could enable broader taxation and regulation of out-of-state businesses. This is what many states want to happen. …Raising taxes on small business and consumers won’t be a good look for Republicans in November, nor an inducement for investment and growth."

Jeff Jacoby also just wrote on this topic for his column in the Boston Globe.

First, the flow of interstate commerce must not be impeded by one state’s impositions. And second, there should be no taxation without representation; vendors should not be liable for taxes in states where they have no vote or political recourse. The Supreme Court upheld this “physical connection” standard in a 1992 case, Quill v. North Dakota. …the high court should reaffirm it. In the 26 years since the justices rebuffed North Dakota’s claim, the case against allowing states to exert their taxing power over remote sellers has grown even stronger. …there are now 12,000 taxing jurisdictions—not only states, counties, and cities, but also parishes, police districts, and Indian reservations. A lone online seller, unprotected by the Quill rule, could be obliged to remit taxes to any combination of them, with all their multitudinous rules and definitions, tax holidays, and filing deadlines. …South Dakota can impose onerous burdens on companies operating within its borders, but not on vendors whose only connection to the state is that some of their customers happen to live there. The court got it right the first time. No merchant—whether selling online, via mail order, or in a traditional shop—is obliged to be a tax collector for states it doesn’t operate in."

And here are some passages from Jessica Melugin’s article for FEE. She makes the key point that extraterritorial tax powers would undermine—if not cripple—the liberalizing impact of tax competition.

…the Remote Transactions Parity Act (RTPA)…seeks to get rid of that physical presence limit on state taxing powers. It would let states reach outside their geographical borders and compel another state’s business to calculate, collect, and remit to that first state. …the long-term effect is that this arrangement will lessen the downward pressure on taxes between jurisdictions. Think of it like this: it’s the difference between driving your car across the D.C. border to Virginia to fill up with lower Virginia gas taxes—that’s how it works now and that’s what keeps at least some downward pressure on D.C. tax rates. If D.C. made the rate high enough, everyone would exit and fill up in Virginia. But if the approach in the RTPA is applied to this thought experiment, it would mean that when you pull into that Virginia gas station, they look at your D.C. plates and charge you the D.C. gas tax rate. …it’s a makeshift tax cartel among the states. …the RTPA is a small-business killer—which is why big box retailers support it. It crushes small competitors with compliance costs. State politicians are for it because they’d rather tax sellers in other states who can’t vote them out of office. Consumers will be left with less money in their pockets and fewer choices."

By the way, there are some pro-market people on the other side. Alex Brill of the American Enterprise Institute has written in favor of extraterritorial taxation.

…lawmakers have proposed legislation to allow (not require) states to collect sales tax on goods purchased from out-of-state sellers. …critics of this legislation…argue that “internet freedom is under attack by politicians willing to distort markets and tilt the playing field toward their favored businesses.” Internet freedom is certainly not being “attacked” by a policy to improve enforcement of existing tax liability. Second, these critics oppose the legislative reform based on the belief that just because the internet benefits people, online retail activities should be advantaged by public policy. If public finance were based on this type of specious logic, we would have a tax code far more unfair and distorted than it currently is."

I actually agree with both of his arguments. Giving states extraterritorial tax powers isn’t an attack on the Internet. And I also agree that tax policy shouldn’t provide special preferences.

But neither of his points address my concern that extraterritorial tax powers give too much power to governments and undermine tax competition.

For more information, here’s my speech to congressional staffers from 2012.

P.S. For folks who like technical details, this fight is not about Internet taxation. It’s a battle between “origin-based” taxation (basically territorial taxation) and “destination-based” taxation (basically worldwide or extraterritorial taxation). I favor the former and oppose the latter, which helps explain my opposition to the border-adjustment tax and the value-added tax.