The Guerrilla War against the Perverted Textbook Market

It is not markets that are the problem, but that the textbook market is a perverted one. 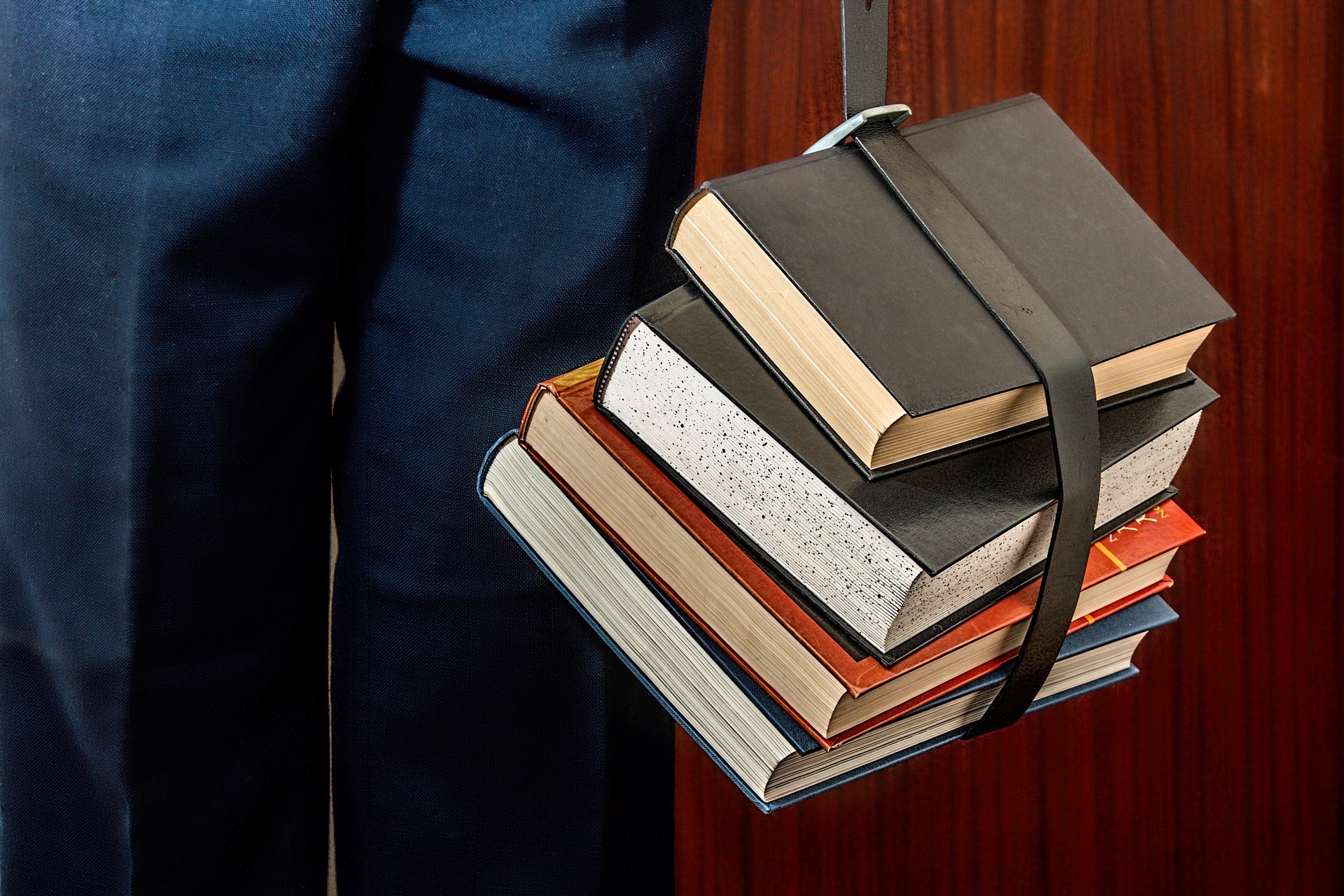 “Professor, the syllabus says I need the fifth edition of this book, but I bought the third edition online because it was like a tenth of the cost. Can I use it?”

This is a familiar scenario at the start of every academic term, and there are three ways to respond. First, the professor can just say, “No, they’ve changed it, moving chapters around, deleting some, and adding others, so it won’t work.” The second is to grudgingly allow it, saying something like “Fine, whatever, just borrow a copy from a classmate when there’s a chapter missing.”

The third is to say, “Sure. It will cause some inconveniences for you, as they’ve added, deleted, and moved chapters, so pay close attention to the syllabus to be sure you’re reading the right one each day, and when there’s one that isn’t in your book, please borrow a friend’s book, or I’ll loan you mine to make copies.” It’s clear that the third approach is the nicer response, but perhaps less obvious is that it is also the response that offers students the best intellectual model.

The Choosers in the Textbook Market

To understand this, we have to think about the perverse nature of the textbook market. In a well-functioning market, it is normally the users who are the choosers. Even when they rely on expert advice, they usually have final say over the decision of which product to purchase, including setting a ceiling on what price they’re willing to pay. This is not so for textbooks.

In the textbook market, the users (students) are not the choosers. Faculty choose the books for them, and in my very casual surveys of college faculty, no more than half give any consideration at all to price. We get free desk copies, so the cost doesn’t affect our financial interests. And we are free to exercise our expertise in our field of study and choose this particular textbook written by another expert rather than that other one written by yet another expert.

That is to say, textbook publishers are marketing to teachers, not to students.

In some cases, it truly makes very little difference. I have taught American government for almost twenty years, and with very few exceptions, I find textbooks on American government to be nearly identical in content. The major difference tends to be that some have the chapters on citizen participation prior to the chapters on governing institutions, while others have them after.

The other characteristics that distinguish one from another are differing conceptual focuses (democratic participation, a public choice approach) that often are so lightly characterized (a few sentences scattered throughout each chapter, perhaps) and so easily ignored by an instructor that it’s a heroic assumption to think that students really get that particular message.

But this stuff superficially looks good, as do all the graphs and four-color photos with copyright fees attached. It looks good upon first inspection, anyway, and the faculty are the ones inspecting them. That is to say, textbook publishers are marketing to me, not to my students.

In addition to that, many textbooks are updated on a two-or-three-year cycle to try to limit the availability of current editions in the used market. In American government textbooks, the biennial elections provide a great justification to publish an “elections update!” version every other year, even though those updates provide very little value, and if not ignored by professors, probably most often function simply as literature for one class session at a cost increase for students of perhaps $60 over the price of a used book.

While high textbook prices may not affect our financial interests, they do affect our teaching interests because many students choose to try to go without the book at all. We could sneer that they obviously aren’t serious students, but to do so we’d have to ignore two important factors. If the students do succeed without the textbook, that really demonstrates how little value it has to them.One is that there’s no good reason to expect that every biology, art, or exercise science major is deeply interested in my American government course. Many are there unwillingly, or at least reluctantly, and absent the requirement that they take a social science course for distributional credit, they never would have signed up.

It’s rational for them to limit their investment in the course to the minimum they predict will get them a passing grade, and to the extent they predict wrongly, it’s generally because they’re first-year students who have not yet learned what is required for college success. And if they do succeed without the textbook, or with an older edition, that really demonstrates how little value it, or the latest edition, has to them.

Another reason students don’t buy textbooks is that they’re poor. Many are maxed out on financial aid before purchasing textbooks. While the Department of Education now requires school bookstores to list the textbooks online so students can price shop, this doesn’t help much if they are shut out of the used book market because their professor requires a brand new edition.

This explains why the “Yes, you can use that old edition, let me help you do so” response is the nice answer but doesn’t yet tell us why it’s also the better intellectual model. And the reason for that is that it enlists the student as a collaborator both in the learning process and in recognizing the underlying problem and waging a guerrilla war against it.

Consider the message the first two responses send. The “No,” answer signals that the student’s interests are wholly irrelevant and that education is accessible only to those who play by rules imposed from above. Most importantly, it doesn’t address the real problem: that the student’s difficulty is caused by an ill-functioning market that enables exploitation of them. The “Sure, fine,” responses give some grudging acknowledgment of the student’s needs but nothing more. It also does not address the real problem.

Once other students in the class become aware of the issue, some of them may choose to engage in that guerrilla war in future classes.

The “Yes, and let me help you” response both takes greater notice of the student’s difficulty and opens up space for discussion of the underlying problem. One can teach the students why textbooks are so expensive, leading them to a better understanding of when markets function well, when they don’t, and how the nature of power—even market power—is to be abusive.

Then we can say, “Yes, you are being exploited; it’s a scam. So let’s you and I collaborate to fight this scam. You fight it by refusing to buy the latest pointless update, and I’ll fight it by happily agreeing to let you use the old edition in my course and assisting you in doing so successfully.”

Now the professor has engaged the student intellectually by clarifying the cause of what is to them a significant personal problem, and they have also enlisted the student as an ally in fighting a guerrilla war against that cause. Additionally, other students in the class now become aware of the issue, and some of them may choose to engage in that guerrilla war in future classes, with or without the collaboration of those professors.

What Professors Can Do

There are other ways for college faculty to fight this exploitation of students in a perverted market. An increasing number of professors are actually doing away with textbooks in introductory courses as a response. For some introductory courses, there is enough online literature that can be complemented with the traditional reading packet to fully cover a semester’s worth of reading.

In my case, I am developing my own American government book with online chapters, eventually to be made available in print. At first, I will self-publish it through a vanity press, charging students little beyond the printing and shipping costs. If I then choose to look for a publisher, I will not look to textbook publishers so I can avoid the problem of constant updating to force new editions on students. (This will also give me more freedom in writing it.)

It is not markets that are the problem, but that the textbook market is a perverted one.

In upper division courses, I avoid textbooks altogether, assigning “normal” scholarly books. This is also good intellectual modeling because scholars don’t read textbooks; they read books written by scholars exploring and explaining interesting ideas. These occasionally get revised, but not on a regular schedule like textbooks. I don’t expect my students to go on to read textbooks after college, either, but if I can get them interested in reading paperback books written by scholars for intelligent laypersons, I have succeeded in my purposes.

To reiterate, it is not markets that are the problem, but that the textbook market is a perverted one. My proposed solutions don’t solve the fundamental difficulty that I am making choices for the user. But they do help mitigate it by avoiding the worst of the consequences of that market failure.