The Great Emancipation of Human Labor

How far humanity has come! In particular, the very meaning of work has been redefined, vastly for the better, and only very recently in human history.

For most of history, work was drudgery: backbreaking, unchanging, inescapable. Nearly all were consigned to hard agricultural labor: to eking out a subsistence from the stingy soil. This was a precarious existence: always only a couple bad harvests away from death by malnutrition.

Work was backbreaking because technological progress was extremely slow, which meant scant few labor-saving devices and techniques. This lack of innovation is what made the work unchanging and inescapable. Providing for the most basic needs of life demanded nearly all human effort. People could not afford to engage in other kinds of work for less urgent ends, lest they succumb to hunger and the elements.

This stagnation was the result of deficient customs of morality and justice. Technological advancement requires saving and investment: the turning of resources away from consumption and toward production. But significant saving was made impractical by the insecurity of property rights. Any conspicuous “surplus” was likely to be seized, either by egalitarian neighbors or elite potentates: these being the archaic “Left” and “Right” wings of humanity that have forever preyed on and weighed down human potential.

Even if an individual could accumulate savings, it was generally impossible to put it to use because of restrictions on labor. Ancient slaves and medieval serfs were bound to their masters and lords. Such bondsmen were not free to be recruited by capital-owning entrepreneurs, nor to become entrepreneurs themselves.

Labor was no longer swallowed whole by the all-consuming need to provide for bare sustenance.

Then the change accelerated, first in Holland in the 17th century, and then in England in the 18th century. In these countries, not only labor, but capital was largely emancipated. Resources were finally secure enough to be perpetually reinvested as capital instead of consumed, labor was free enough to put that capital to use, and commerce was free enough to offer the resulting products for sale. Free commerce enabled producers to specialize according to their comparative advantage, making the economy more efficient and productive.

For the first time ever there were enough available saved resources to support the production and use of complex machinery. As a result, technological innovation skyrocketed. The new devices meant that labor was no longer swallowed whole by the all-consuming need to provide for bare sustenance, but was freed up to provide for less desperate wants and higher standards of living.

All of this empowered producers to specialize ever more finely according to their comparative advantage and to exploit the explosive productive efficiencies of an ever-intensifying division of labor.

Widespread opportunity made its first entrance onto the stage of history. Non-noble upstarts could build fortunes as entrepreneurs. And peasants who might have otherwise starved were free and able to leave the farm and find work in the operations launched by those entrepreneurs. The work was often still hard and dangerous by modern standards, but it was better than subsistence agriculture, and freer than the serfdom of times past. In the realm of production, the static rigidity of caste and guild was gradually replaced by the competition and dynamism of free entry and free exit.

The results were miraculous. Food production soared and manufactured items poured out of the factories. This new mass-produced abundance was not reserved for the elite, but was primarily produced to serve the common worker. Thus began what Deirdre McCloskey calls the Great Enrichment.

The struggle for liberty and property became more self-conscious and deliberate.

In the late 18th century, Adam Smith wrote a book to explain the unprecedented rising prosperity that blessed certain countries but eluded others. In his 1776 An Inquiry into the Nature and Causes of the Wealth of Nations, Smith credited the new widespread opulence to what he called “liberal principles,” including free trade (“the liberal system of free exportation and free importation”) and liberty in general (the practice of “allowing every man to pursue his own interest his own way, upon the liberal plan of equality, liberty and justice”).

In other words, the Great Enrichment flowed from the Great Emancipation.

The Wealth of Nations was extremely influential and helped form the ideological movement known as “liberalism.” The struggle for liberty and property became more self-conscious and deliberate.

The civilization of America arose and came of age during the heyday of liberalism. Its Declaration of Independence was published the same year as The Wealth of Nations. The young country was so steeped in the ideas of liberalism (in spite of the shameful hypocrisy of its embrace of slavery) that the term itself was scarcely used in America: it was taken for granted as the basic framework of social thought.

The stout yeomanry and merchants of America resolved to never be underlings as many still were in Europe, nor to countenance others being made underlings. The liberal project culminated in the abolitionist movement that made the eradication of chattel slavery inevitable.

In America, opportunity abounded like never before. The country brimmed with entrepreneurship and work ethic. It was hard-working entrepreneurs and entrepreneurial workers who brought the Industrial Revolution to the New World and made America the most prosperous country the world has ever seen. Not even the vast waste and crippling burdens of the 20th century’s wars and other big government programs could reverse our long-run ascent in terms of wealth, comfort, security, working conditions, and technology.

You are probably reading this on a computer or a smartphone, in a clean, air-conditioned, well-lit office. Even while striving against government impositions holding you back in your career and life, don’t forget to count your blessings. 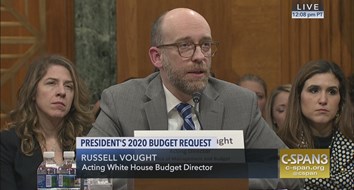 The New York Times Reported ‘the Mainstreaming of Marxism in US Colleges' 30 Years Ago. Today, We See the Results