Through decades of explicit public policy, the government strongly encouraged the sort of suburban sprawl unique to America. 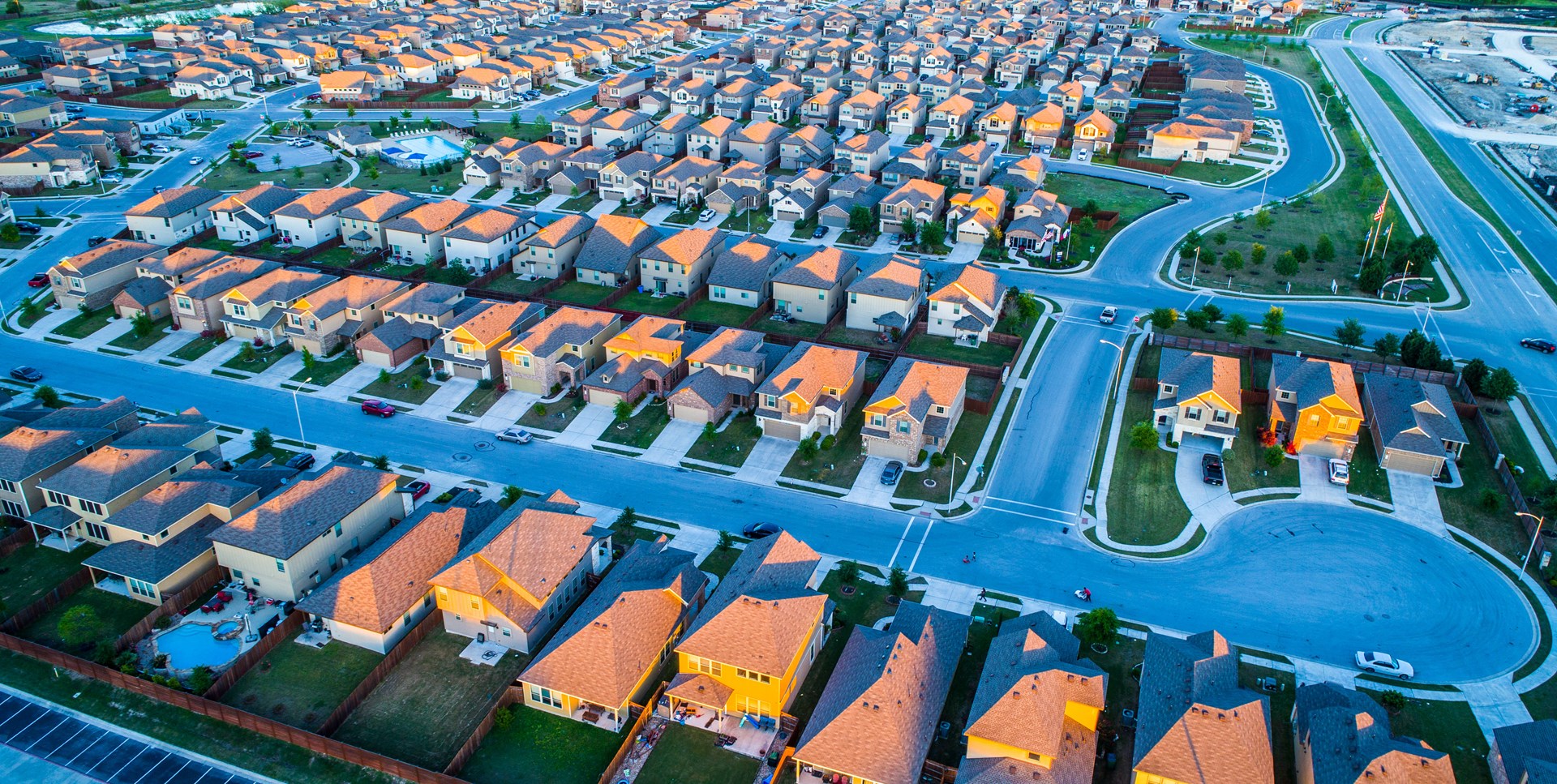 In primary school, one of my friends lived in a duplex. This fact blew my mind. To my inexperienced 7-year-old mind, a duplex barely registered as a house. Her family shared a driveway with their neighbors, and their yard was tiny. It was the first house I’d ever seen that shared a wall with its neighbors. I’d seen apartments of course, but in my mind, those were temporary, for people who were saving up to buy a “real” home. I couldn’t understand that some people might actually prefer to live in something besides a private home because I’d never come across it before.

A duplex is a house divided into two units, with a separate entrance for each. Mind-boggling! My 7-year-old mind could barely comprehend what it was seeing.

My mental model of the world was pretty typical for an American child brought up in a single-family home. It’s easy to see why—US residential development is dominated by suburbs, and home ownership is touted as the ultimate symbol of prosperity. Other types of dwellings tend to be for young people starting out in life or low-income households unable to afford a place of their own. The popular image of the American Dream includes a white picket fence and a car, not an apartment and a subway pass.

This is in stark contrast with most other countries. The French word for suburb is banlieue, and it has come to connote poverty and social isolation because that is where immigrants and the poor tend to live. They’ve been known as “red suburbs” because of their tendency to vote Communist. Meanwhile, the wealthy live in the city center. In South Africa, the inner city is reserved for the privileged white class, while black citizens have an hour-long journey to work.* Kenneth Jackson wrote of Amsterdam that “affluence characterizes the old center … but the working class has increasingly been forced outward to the suburbs”. He continues:

“In Brazil the exclusion of slum dwellers from the urban cores is so deeply rooted in the culture that the Portuguese word to describe them is marginais, and the word used to describe their arrival is invasaõ.”

Homeownership rates are lower in most of the world too, even for developed countries of comparable prosperity. Two-thirds of American families own a home. Meanwhile, the rate in Sweden, a wealthy nation, is just one third, and that rate has remained stable in the period of unprecedented prosperity the country has seen since 1945. The US rate is also double that of Germany, Switzerland, France, Great Britain, and Norway.

As a kid, I assumed that Americans’ tendency to live in suburbs was the result of individual choices. I thought people simply preferred suburban living, and that was why it was predominant. As I got older, I figured it was the result of a frontier mindset, lots of available land relative to Europe, and our economic strength in the postwar period.

There is truth to these explanations—some do truly love that lifestyle, and America’s wealth did enable it to develop in ways that other societies could not. Geography, timing, and prosperity all played a role in the rise of suburbia, but we have forgotten an even more important factor that shaped patterns of American development since the Great Depression.

What we don’t see is that decades of explicit public policy powered the expansion of suburbia. Our communities would look very different today had it not done so. While every level of government favored sprawl in many different ways, four policies had an outsized effect:

Today, we take these policies for granted as a normal part of American life. Even fiscal conservatives don’t think twice about paying for roads, and few people can name the original mandate of the Federal Housing Administration. Questioning the mortgage interest deduction is political suicide, and we take for granted the right for homeowners to regulate the land use of their neighbors. Car ownership is a rite of passage for teenagers, and a lawn and a picket fence have become synonymous with the American Dream.

But none of these conclusions were inevitable. Government intervention influenced our expectations about home ownership, tax treatment, car infrastructure, and even what our neighborhoods should look like. In the course of the next few posts, we’ll dive into each of these four topics to understand how American communities came to be what they are today.

* We also see this pattern in some places in the US. City centers are gentrifying in places like San Francisco, DC, and New York City, pushing lower-income groups outside of the urban core.

Devon is a software engineer at Affirm. In her free time, she reads weird blogs, works on side projects, takes public transit, and trains for triathlons. She loves reasoning about, improving, and designing systems and infrastructure.