To massacre children is literally Satanic.

It’s hard to know what to say in the wake of a heart-rending tragedy like Tuesday's massacre in Uvalde, Texas. It would be easy—but irresponsible—to interpret the event conclusively when so little is known. It would be easy—but wrong—to try, in spite of that ignorance, to force one’s narrative framework on it in pursuit of an agenda.

But our attention is irresistibly drawn to such a horror. We are compelled to stop and silently reflect. But, after reflecting, it is imperative that we talk about it—to express condolences and outrage, yes, but also to learn from it as best we can. To truly honor the victims, we must figure out how to prevent similar atrocities from happening again.

Especially at this early stage, it is impossible to know exactly what would lead a person to do something so evil. But certain revelations about the 18-year-old killer raise societal issues that, even if they weren’t the decisive factors in this case, are tremendously important regarding the issue of violence—and evil—in general.

Although Salvador Ramos was described as “quiet” by numerous people who knew him, a young woman who worked with him at Wendy’s until March detected an aggressive streak. Several former friends said he had stopped showing up at school and was not going to graduate with the senior class this year.

“He would be very rude towards the girls sometimes, and one of the cooks, threatening them by asking, ‘Do you know who I am?’ And he would also send inappropriate texts to the ladies,” said the former co-worker, who did not want her name used.

“At the park, there’d be videos of him trying to fight people with boxing gloves. He’d take them around with him.

Some would attribute such an “aggressive streak” to males being broadly socialized to be forcefully assertive and competitive. They largely blame this culture of “toxic masculinity” for mass shootings and violent crime in general, both of which are predominantly committed by men.

This blame is misplaced, however. As Jordan Peterson wrote in 12 Rules for Life:

“Those who put forward such theories assume, first, that aggression is a learned behaviour, and can therefore simply not be taught, and second (to take a particular example) that, ‘boys should be socialized the way girls have been traditionally socialized, and they should be encouraged to develop socially positive qualities such as tenderness, sensitivity to feelings, nurturance, cooperative and aesthetic appreciation.’ In the opinions of such thinkers, aggression will only be reduced when male adolescents and young adults ‘subscribe to the same standards of behavior as have been traditionally encouraged for women.’”

Peterson above quotes “Prescription for reduction of aggression,” a 1980 paper published by L.D. Eron in The American Psychologist.

But as Peterson points out, “it is not the case that aggression is merely learned.” Aggression is an innate part of human nature that can manifest very early in life (emphasis added):

“…it appears that a subset of two-year-old boys (about 5 percent) are quite aggressive, by temperament. They take other kids’ toys, kick, bite and hit. Most are nonetheless socialized effectively by the age of four. This is not, however, because they have been encouraged to act like little girls. Instead, they are taught or otherwise learn in early childhood to integrate their aggressive tendencies into more sophisticated behavioural routines. Aggression underlies the drive to be outstanding, to be unstoppable, to compete, to win—to be actively virtuous, at least along one dimension. Determination is its admirable, pro-social face. Aggressive young children who don’t manage to render their temperament sophisticated by the end of infancy are doomed to unpopularity, as their primordial antagonism no longer serves them socially at later ages. Rejected by their peers, they lack further socialization opportunities and tend towards outcast status. These are the individuals who remain much more inclined toward antisocial and criminal behavior when adolescent and adult.”

“Outcast status”—the bottom of the pecking order—is a dreadful place to be trapped, especially for a young man. Judging from reported testimony, that is exactly where Ramos resided. As The Daily Beast related:

Former friend Santos Valdez Jr., told The Washington Post that the two had been close friends until Ramos’ behavior started to “deteriorate.” He said Ramos, who was often bullied over a speech impediment that included a stutter and lisp, once cut up his own face with a knife “just for fun.”

Some men become so resentful of their lowly place in “the order of things” that they seek to bring the whole structure crashing down, even if it means their own destruction. They are desperate for appreciation and respect: to feel high-status. But they have failed to learn how to earn it by channeling their assertive and competitive impulses in pro-social directions. So they decide to go out in a blaze of infamous “glory,” to, just for once and however fleetingly, feel “powerful,” even if they are too cowardly to assert their dominance over anyone other than little children.

Such a wicked deed is to say literally, “to Hell with it.” To Hell with society, with morality, with the structure of Being itself. It is to say, as Satan did in Paradise Lost when, resentful of his status, he tried to overthrow God, "Better to reign in Hell than serve in Heaven." To commit such nihilistic rebellion is to embody the archetype of the Devil, the Adversary, the Villain.

Again, I don’t know if that’s what happened in the case of Salvador Ramos. But I wonder if it is. And in any case, I do believe the potential for such evil is inherent to the human condition and must be guarded against by us all.

But the preventative for that evil is not to try to repress (or disarm) the assertive, competitive, and ambitious energies that can feed it, as many efforts to address so-called “toxic masculinity” end up doing. The solution, as Peterson explained, is to channel those energies toward the good: toward individual accomplishment, enterprise, great deeds, and heroic service. 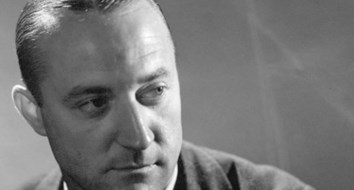 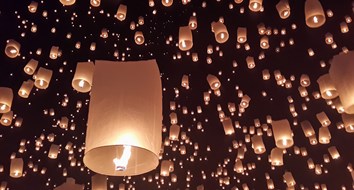 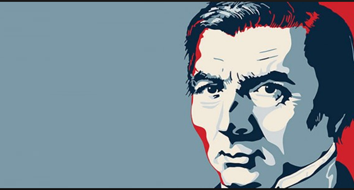 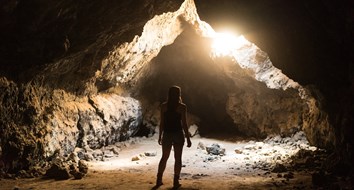