When mass media displays such a clear bias, then the people who are on the losing end of that bias are not going to be happy.

In the last few months, we've seen numerous acts of politically motivated or targeted violence. Some of these cases have been plastered all over the news for days or weeks. Some others have been met with deafening silence. And which is which hasn't exactly been random.

There is clear bias in the reporting of political violence and I believe this has had some serious consequences for people's ability to trust the media and bridge a divided culture.

To understand why, we need to look at what's actually happened recently, so while what follows is far from a complete list of all the politically-motivated violence, it encompasses many of the most recent and highest-profile examples:

And of course, all this is in the context of the awful Charlottesville Riot from last year, where in...

I'm including the Las Vegas shooting in this list because it sparked another national gun control debate, this time over whether or not it should be legal to own bump stocks.

You'll probably also have heard about a number of cases of street violence involving the "Proud Boys", and perhaps you might have recently learned that Facebook shut down that group's main page.

And you'll have probably heard of various racist/anti-Semitic threats and acts of vandalism against Jewish community centers, churches, and other political targets, which are often assumed to be a product of Trump's rhetoric.

What You Probably Haven't Heard

And of course, I'd hope you remember...

Another thing you might not realize is that many of the skirmishes involving the Proud Boys group were actually caused by Antifa and Democratic Socialists of America activists—though you'd hardly know it from the way most reporters frame these events—and Antifa social media pages have not been shut down.

Comparing media coverage between Antifa and conservative groups is, I believe, particularly instructive.

Almost a year ago, YouTube commentator Matt Christiansen called attention to the differences in a video he made about Dartmouth professor, Mark Bray (talk at UC Berkeley).

Bray is the author of Antifa: The Anti-Fascist Handbook.

Christiansen points out that although most news media routinely and uncritically report the claim that nearly all examples of modern political violence are instigated by groups like the Proud Boys, alt-right ideologues, or actual neo-Nazi and white supremacist groups like the KKK, there have been numerous examples of Antifa violence which have not had anything whatsoever to do with protesting "fascists" or any kind of right-wing activity at all. For example, the recent takeover of multiple streets in downtown Portland, Oregon, or any of numerous examples of Antifa members attacking journalists.

What's more, over the past 4-5 years there have been dozens of examples of left-wing protesters using violence to shut down mainstream conservative (or simply non-progressive) speakers like Charles Murray, Ayaan Hirsi Ali, Ben Shapiro, Dave Rubin, Milo Yiannopoulos and others.

Yet no organized conservative group attempted to prevent Mark Bray from speaking.

His talk—which explicitly defended Antifa's use of violence in the face of right-wing speech on the basis that allowing such speech could lead to fascism—was not silenced anywhere in the United States. Meanwhile, many people who have never called for or defended any kind of violence have been subject to aggressive "no platforming" protests which have included substantial property damage, death threats, and physical assaults.

Somehow the supposed "fascists" are generally allowing other perspectives to be heard while the "anti-fascists" are not only attempting to violently silence the most abhorrent voices but also thoughtful academics, journalists, and non-political commuters.

We rarely hear this discussed in major media, and Antifa is frequently presented as not only well-intended, but actually heroic. 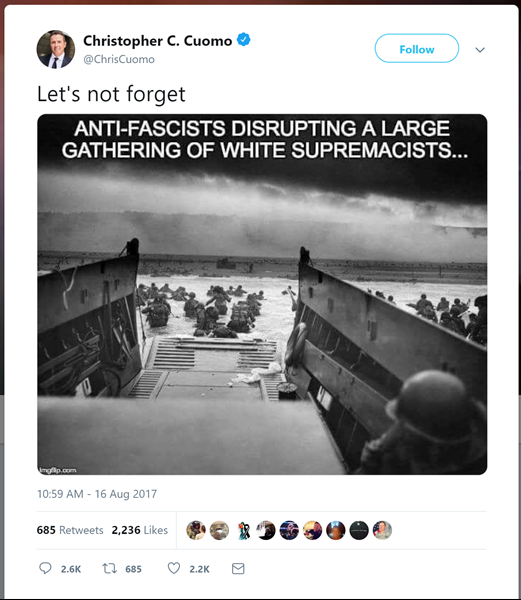 It's fairly clear that this is tremendously one-sided.

So, Why Am I Talking about This?

I'm mainly talking about this because the way this stuff is reported drives me insane, and it affects us all in really important ways. Mass media essentially determines which of these examples of politically-motivated violence are important and worth talking about, and which are not. 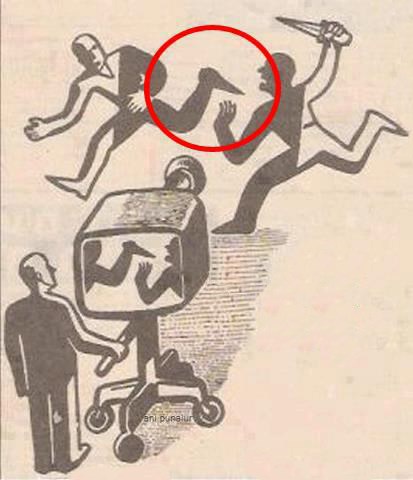 If the news that gets reported doesn't bother to tell readers and viewers about angry left-wing lunatics who assault Republican campaign workers, set fire to GOP offices, or shoot Republican congressmen, and if reporters and pundits don't care to spend much time writing about a series of threatening letters testing positive for ricin poison or threats of and/or the actual attempted murder of Republicans over their political views, then the people who consume news will not know about those kinds of things.

And of course, this would be fine if reporters and pundits did the same thing whenever a right-wing lunatic did something insane. But that's not what happens.

Most of the mainstream media (arguably with the support of all of the major social networks and even Google) devote tremendous attention to every instance of right-wing violence while utterly ignoring comparable cases coming from left-wing perpetrators. As a result, it's difficult for the average person to know what's actually happening in the world, and they end up with a completely one-sided understanding of the current state of political violence.

We can see what people are hearing and talking about illustrated clearly by looking at Google Trends, and as you can see below, vastly more people heard about Cesar Sayoc and the pipe-bomb scare than they did William Clyde Allen's ricin letters - although, again, both were targeted towards major political figures and both should have been treated as deadly assassination attempts until the ineffectiveness was confirmed. 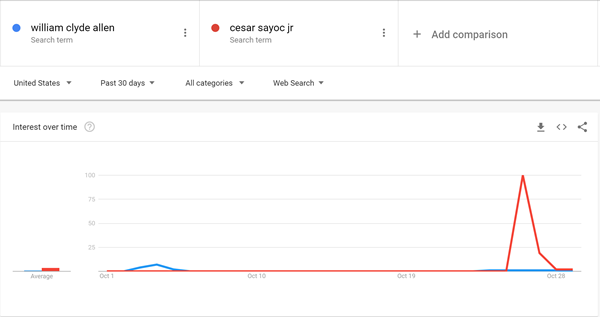 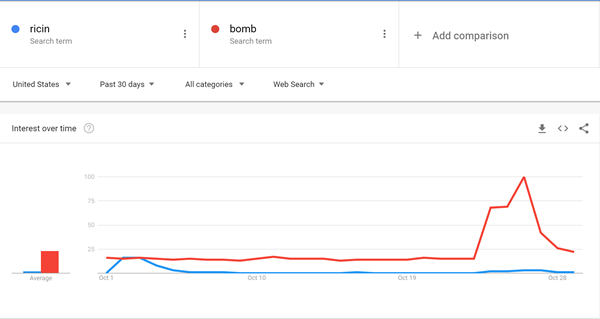 This bias also makes it easy for political partisans to split themselves into bubbles that each have entirely different sets of facts.

Liberals/Progressives will hear of every instance of someone who could even remotely be considered "right-wing" doing anything wrong yet remain entirely isolated from the slightest hint that people who share their ideology have ever done anything wrong at all. Conservatives are in a slightly better position—in that it's nearly impossible to avoid hearing about right-wing political violence—but the more social media dominates people's information streams, the easier it is for them to similarly wall themselves off from information that makes them uncomfortable.

Point is, there are legitimate reasons for everyone to be seriously concerned with the quality of reporting that we normally see with respect to this kind of activity.

Part of being well-informed is being able to put things into context and gain a meaningful perspective, and that can only happen when you have all the information, not just half of it as we so often get.

If you only saw one side or the other, it would be extremely easy to think that the only people doing terrible things are your political opponents.

Only getting half the story makes it easy to blame your political opponents for everything that's going wrong in the world, but it's also a mistake. If Trump—for example—is to blame for people like Cesar Sayoc, Jr.'s failed bombing spree, is Bernie Sanders to blame for James Hodgkinson? Is Maxine Waters responsible for Farzad Fazeli? Is Hillary Clinton, Tim Kaine, or Eric Holder the cause of arson and vandalism in Wyoming?

If you think that Trump's rhetoric is causing right-wing violence, surely it stands to reason that the similarly heated rhetoric coming from the other side is to blame for the left-wing variants of these kinds of crimes?

Of course, if you only ever saw one side or the other, it would be extremely easy to think that the only people who are out there doing terrible things are your political opponents, and from there you can concoct a grand theory as to why based on how evil the other party is without much challenge when another possibility is simply that it's the individual criminal who is responsible for their own actions.

There's another problem here, as well.

I want this to stop, and while there's no magic bullet, I don't think that will happen until the reporting on these kinds of subjects gets better.

When mass media displays such a clear bias—and please make no mistake, whether fully intentional or not, that's exactly what this is—then the people who are on the losing end of that bias are not going to be happy. And since they're actually justified in their complaints, it's very easy for them to convince people who have less skin in the game that media isn't trustworthy as well.

All this does is push people further to the extremes, which makes it easier for the biggest lunatics to find reasons to believe even crazier conspiracy theories and find reinforcement for their belief that violence is the appropriate response.

I want this to stop, and while there's no magic bullet, I don't think that can happen until the reporting on these kinds of subjects gets a lot better and more people are more fully-informed about everything that is going on in our world—not just the parts that confirm partisan biases.

This article is reprinted with permission from the author's blog.