The CPI is a False Guide for Monetary Policy

Prices and individuals choices are too diverse to capture with a simplistic aggregate. 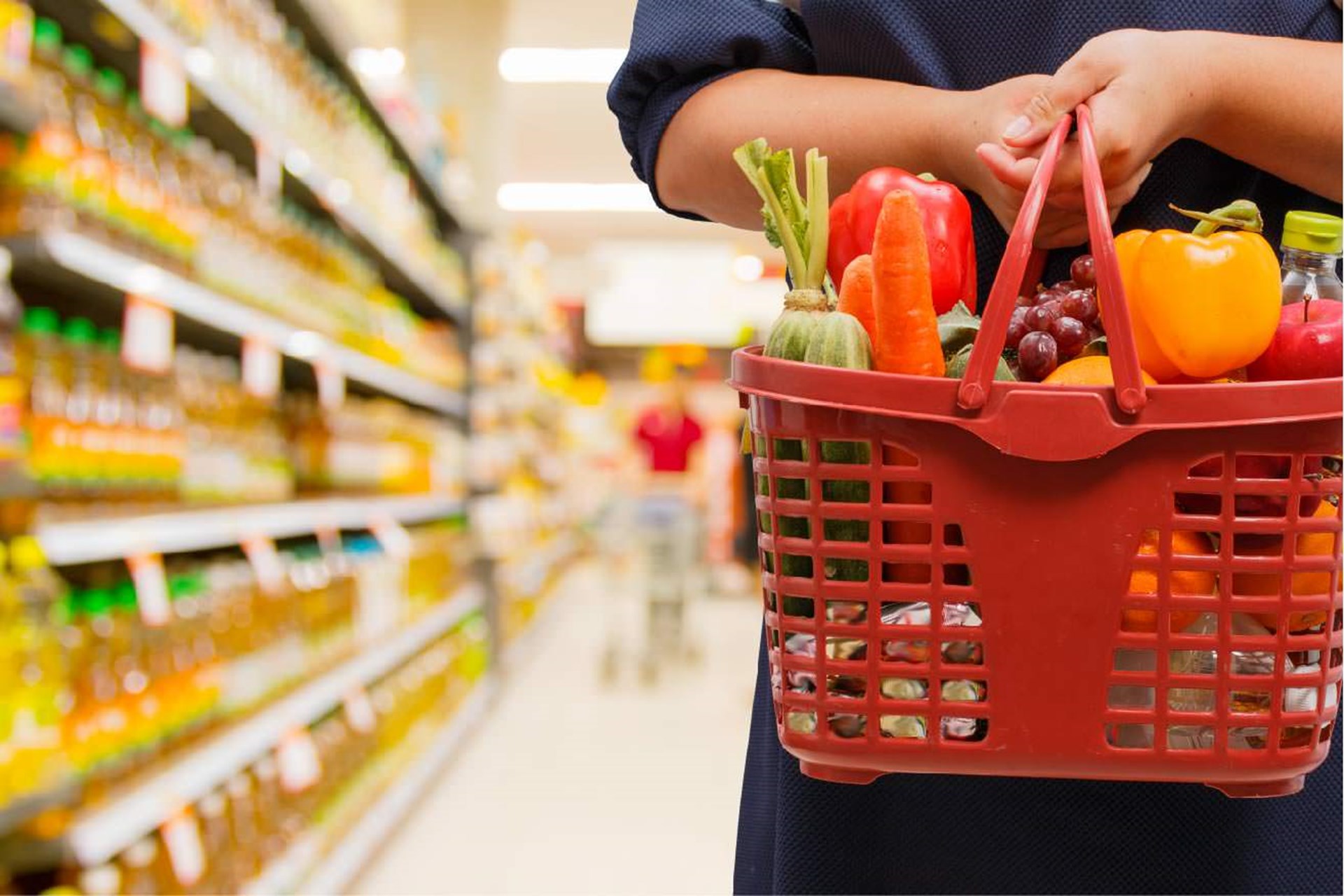 For years the Federal Reserve and many other central banks around the world have declared that a key element of monetary policy is targeting the annual price inflation. Now the Federal Reserve has suggested that that target rate may be “temporarily” raised to – well, they have been less precise about that.

As measured by the Consumer Price Index (CPI), prices in general have been increasing for most of the last ten years at well below two percent. Even “core” price inflation – that is, the CPI minus energy and food prices – has been below the two percent target rate for most of this time.

The price index is a false guide for monetary policy.

But in February 2017, the overall CPI increased at a 2.7 percent annual rate, and the “core” CPI, was 2.2 percent higher. Even the alternative index that Fed Chair, Janet Yellen, and other Fed Board Governors prefer to watch, Personal Consumption Expenditures, was up to almost two percent, in February, as well.

It is worth observing that, even if average CPI price inflation were to be kept at a rate of two percent a year, in less than twenty years, the value of the dollar will have decreased by about 50 percent. That is, the buying power of today’s CPI-measured dollar would only get you an equivalent of 50 cents worth of similar goods in less than two decades.

More fundamentally, any price index, whether the CPI or the PCE, is a statistical construction created by economists and statisticians that has very little to do with the actions and decisions of consumers and producers in the everyday affairs of market demand and supply. The price index is a false guide for central bank monetary policy.

In constructing the CPI, the Bureau of Labor Statistics (BLS) surveys the purchases of 7,000 households across the country, which are taken as a representative of the approximately 325 million people living in the United States. The statisticians then construct a “basket” of goods, reflecting the relative amounts of consumer items that the surveyed households regularly purchased. Every month, the BLS records the price changes of these goods, sold in 24,000 retail outlets, which stand in for the estimated 3.6 million retail establishments across the country.

This is, then, taken to be a fair and reasonable estimate o the cost of living and the rate of price inflation for all the people of the United States. Due to the costs of doing detailed consumer surveys and the desire to have an unchanging benchmark for comparison, this consumer basket of goods is only significantly revised about every ten years or so.

There is no “average” American family. Tastes and buying patterns are as diverse as the 325 million people who live in the United States.

Over the intervening time, they must assume that consumers continue to buy the same goods and in the same relative amounts, even though in the real world, goods come and go from the marketplace, quality sometimes improves, and the price changes result in people modifying their relative buying patterns.

In measuring inflation, the government’s CPI statisticians distinguish between two numbers: the change in the overall CPI and “core” inflation. They make this distinction because they argue that food and energy prices are more “volatile” than many others. Fluctuating more frequently and to a greater degree than most other commonly purchased goods and services, they can create a distorted view, it is said, about the magnitude of price inflation during any time.

The problem is that food and energy costs may seem like irritating extraneous “noise” to the government number crunchers, but to the rest of us, what we pay to heat our homes and put gas in our cars, as well as buy groceries to feed our families, is far from being a bothersome distraction to the statistical problem of calculating price inflation’s impact on our everyday lives.

The fact is, there is no “average” American family. The individuals in each household all have their own unique tastes and preferences. This means that your household’s basket of goods is different in various ways from mine, and our respective baskets are different from everyone else's. Tastes, circumstances, and buying patterns are as diverse as the 325 million people who live in the United States.

Looking Inside the Consumer Price Index

This means that when there is price inflation (or deflation) those rising (or falling) prices impact each of us differently. Let’s look at a more detailed breakdown of some of the different price categories hidden beneath the CPI’s aggregate of prices as a whole.

In the twelve-month period ending in February 2017, food prices as a whole in the CPI rose zero percent, a seemingly stable price environment for food shopping. However, according to the BLS, many food prices decreased over the previous 12-month period.

The prices of these goods and services, in the combinations that we as individuals choose, are what we experience as our personal rate of price inflation.

The fact that lamb prices declined over fifty percent more than the price of chicken, might lead some meat eaters to purchase and eat more lamb versus chicken since the relative price of one had fallen significantly in terms of the other.

Under the general energy commodity heading, prices went up overall by 15.2 percent overall; but the price of propane increased by 8.8 percent over the twelve-month period, while electricity prices, on the other hand, increased by only 1.9 percent. But gasoline for our cars was up by a huge 30.6 percent, and utility (piped) gas rose by 10.9 percent over the last year.

Meanwhile, furniture and bedding prices decreased by 1.4 percent, and major appliances declined in price by 4.6 percent. New television prices dropped a significant 20.1 percent over the year. At the same time, men’s apparel went up 2.2 percent while women’s dresses rose by 5.4 percent.

The pricing subcategories highlight the smoke and mirrors that is the statisticians’ distinction between overall and “core” inflation. People will occasionally enter the market to purchase a new stove, couch, or bedroom set, and if the prices for these goods happen to be going down, or slowly rising, we may sense that our dollar is going further than in the past.

Factors of production and the relevant pricing of finished goods influence the choices of consumers and the decisions of entrepreneurs.

But buying goods like these is an infrequent event for virtually all of us. On the other hand, every one of us are in the marketplace paying for food, gas for our cars, paying heating and electric bills on a regular basis. The prices of these goods and services, in the specific brands and combinations that we as individuals choose to buy, are what we personally experience as a change in the cost-of-living and our personal rate of price inflation (or price deflation).

The Consumer Price Index is an artificial statistical creation, derived from thousands of individual prices, a statistical composite that only exists in the statistician’s calculations. It is the individual goods in the subcategories of goods that determine the change in the cost-of-living and the degree of price inflation (or deflation) that we each experience.

The vegetarian who is single and without children, and never buys any types of meat, has a very different type of consumer basket of goods than the meat-eating married couple that shops regularly for clothes and shoes for themselves and their growing kids.

It is the diversity of our individual preferences that determine how each of us is influenced by changes in prices, and therefore how and by what degree price inflation or price deflation may affect each of us.

As American economist Benjamin Anderson pointed out long ago,

The general price level is, after all, merely a statistician’s tool of thought. Businessmen and bankers often look at index numbers as indicating price trends, but no businessman makes use of index numbers in his bookkeeping. His bookkeeping runs in terms of the particular prices and costs that his business is concerned with.... Satisfactory business conditions are dependent upon proper relations among groups of prices, not upon any average of prices.”

Indeed, as Austrian economist Gottfried Haberler, highlighted, “The relative position and change of different groups of prices are not revealed, but are hidden and submerged in a general [price] index.”

Yet, it is the complex and interconnected structures of the factors of production and the relevant pricing of finished goods that influence the market choices of consumers and the investment decisions of entrepreneurs. For many Americans, in terms of their individually chosen baskets of goods, they may conclude that they had been experiencing a period of general price deflation, while others may view themselves as having suffered from some degree of inflation.

An additional misunderstanding created by the obsessive focus on the Consumer Price Index and similar price aggregates is the deceptive impression that increases in the money supply due to central bank monetary expansion tend to bring about a uniform and near-simultaneous rise in prices throughout the economy, encapsulated in that single monthly CPI number.

The impact on market demand and pricing is hidden from view when the government focuses on the superficial and simplistic Consumer Price Index.

In the past, governments might simply print more banknotes to cover their wartime expenditures, to buy armaments and other military supplies, to pay soldiers’ salaries. The new money would pass into the hands of those selling armaments or military supplies, who would then buy other goods and services, raising the demand and prices for a second group of prices, and so on until, finally, more or less, all goods in the economy are impacted and their prices increase.

But this impact on the pattern of market demand and pricing is hidden from view when the government focuses on the superficial and simplistic Consumer Price Index and similar statistical price aggregates.

Money Creation and the Boom-Bust Cycle

Today, virtually all governments and central banks inject new money into the economy through the banking system, making more loanable funds available to financial institutions, increasing their ability to lend to interested borrowers.

The new money first passes into the economy in the form of investment and other loans, distorting the demand for resources and labor used in capital projects that might not have been undertaken if not for the false investment signals generated by the monetary expansion in the financial sector of the economy. This process sets in motion the sequence of events that eventually leads to the bust that follows inflationary bubbles.

Thus, the real distortions and imbalances that are the truly destabilizing effects of monetary policy are hidden from the public’s view, by heralding every month the conceptually shallow and mostly superficial Consumer Price Index.