US Attorney General Jeff Sessions called it “one of the most important criminal cases of the year.” Rob Wainwright, Executive Director of EUROPOL said it is an “outstanding success.” Further investigations into vendors are ongoing. 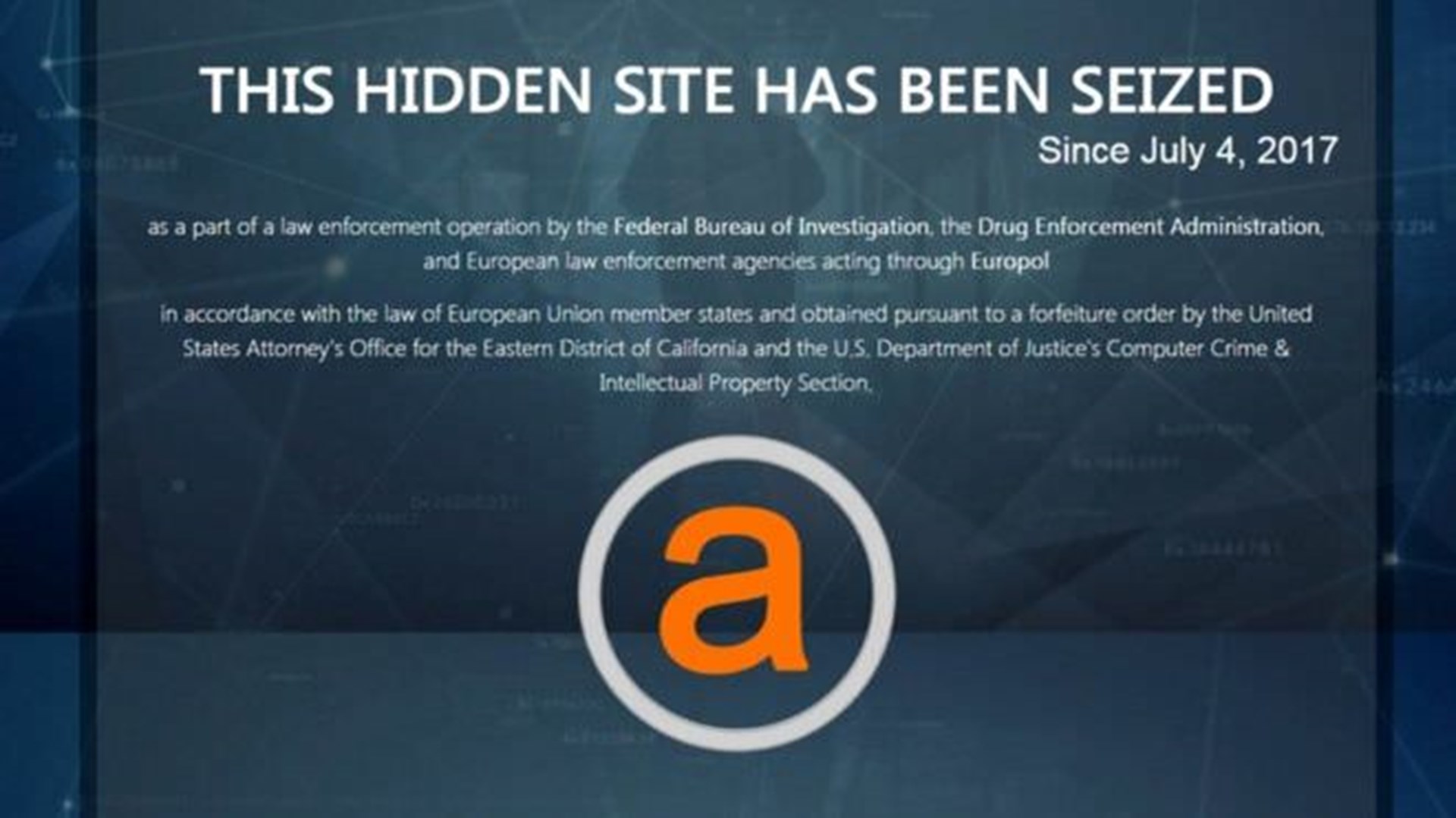 Shortly after his arrest, AlphaBay founder Alexandre Cazes killed himself in while custody.

On these websites, consumers are able to purchase drugs, weapons or counterfeit products of all kinds. In this article, I will focus only on drugs because they make up the largest share of products sold; around 250,000 drug and chemical listings were online by the time of the shutdown (compared to about 100,000 for everything else). A conservative estimate of the total transactions since its creation in 2014 is one billion USD.

Jeff Sessions, US Attorney General, called it,“one of the most important criminal cases of the year.” Rob Wainwright, Executive Director of EUROPOL said it is an “outstanding success.” Further investigations into vendors are ongoing.

Seeing these numbers one would think that the operators of the site would take all the necessary precautions to hide their identities from law enforcement. In order to even utilize these darknet markets, consumers must use cryptocurrencies like Bitcoin or encryption programs like PGP. But interestingly enough, the executive admin didn’t do that. The whole seizure was made possible by the fact that Alexandre Cazes, a Canadian citizen who lived in Thailand, used his personal email address for his AlphaBay inquiries: [email protected].

According to reports, he even used the same password for multiple services. Besides that he lived a luxury lifestyle owning multiple expensive cars, owning various properties around the world and a lot of crypto assets. His total worth, according to his own financial documents, was about $23,000,000. Shortly after his arrest, he killed himself in custody.

When Pablo Escobar died in 1993 “baby cartels” emerged in his absence.

The problem with this seizure lies in the nature of the drug market itself. These darknet markets have provided drugs of a high quality and purity. They are tools that consumers use to acquire drugs in a comfortable, safe, and anonymous environment. And it is a growing market making it profitable for vendors as well.

These darknet markets work very much like any other legal regular online market giving you the freedom to choose from a variety of products. They have a feedback system where a customer can voice his opinion about the drug as well. Vendors try to avoid bad reviews in fear of losing their good reputation, just as Yelp operates for “above board” businesses.

When Pablo Escobar died in 1993 he left behind a power vacuum. The drug market fragmented and “baby cartels” emerged. The same thing can be said for Mexican drug cartels today. They are smaller and less powerful but more numerous. In 2015, authorities captured two Mexican drug cartel figureheads. May 2017 marked a 20-year peak in Mexico’s monthly murder rate with 2,186 murders committed.

The drug trade didn’t just disappear after one figurehead was captured. It changed and modified to the new circumstances, as it always does. For this reason, violence and corruption are still flourishing.

While there are a lot of similarities between darknet markets and street markets, there are huge differences as well. Darknet markets do not involve physical contact, confrontation or violence. Street dealers are a common public nuisance and tend to foster a feeling of insecurity in cities.

While the proliferation of Darknet Markets is unlikely to have an impact on systemic drug crime, the security for the consumer while buying the drug is significantly increased. The direct public feedback system is another difference. As mentioned before, the feedback system rewards vendors and ensures the quality of the drugs. Drugs with high purity and without added substances allow consumers to properly dose the drug, reduce side effects through unwanted substances and therefore enhance security.

History tells us that simply taking down these sites will not work.

Developments in the Future

Similar to what is happening in real life drug markets, online drug markets will evolve. The takedown of AlphaBay will by no means stop internet drug trafficking. It will give room to a lot of smaller sites to appear. The encryption is going to get stronger and better. Future admins will not make the same mistakes. I do not think that email addresses like “pimp_alex_91” will play a role in future drug markets.

On another level, we have seen in Mexico what happens if the drug problem is met with governmental force. Mexico has spent at least 54 Billion USD on security and defense since 2007. The US has contributed 2.5 Billion USD through the Merida Initiative. In the same time, more than 200,000 people have been murdered. And this is just the obvious part. Espionage software intended to fight crime has instead been used to spy on human rights activists, lawyers and journalists.

If we have learned anything from our real life experiences with drug cartels, we should know that policy and security efforts did not lead to positive results. AlphaBay may be down right now, but Silk Road 2.0 took about one month to go online. Silk Road 2.0 was also taken down. Currently Silk Road 3.1 is up and running. Internet drug trafficking is an economic incentive too great.

And history tells us something more: Simply taking down these sites will not work. A study found that the “Operation Onymous”, a large scale police operation in 2014 targeting cryptomarkets, had a limited impact: “Our results indicate that police crackdowns […] are not effective measures to lower the volume of sales on online illicit drug markets”. Customers from these sites have to look for other options. Options where they might not be able to check the quality beforehand and where they cannot leave reviews. The only thing this operation has achieved is a momentary stop. This well connected international operation is only to a very small degree an “outstanding success”: Fake ID’s and illegal credit card details are not being sold anymore. But to the greatest extent, it is a sign that our drug supply reduction policies have neither learned nor evolved.

In our efforts to reduce the drug supply we have wasted huge amounts of money, disregarded human rights, supported authoritarian structures and promoted violence and corruption. It is time to stop.

Nils Biedermann is a Political Science and Public Administration student at the University of Konstanz, Germany. He writes about drug policy.