The 1950s Economic Golden Age Is a Myth 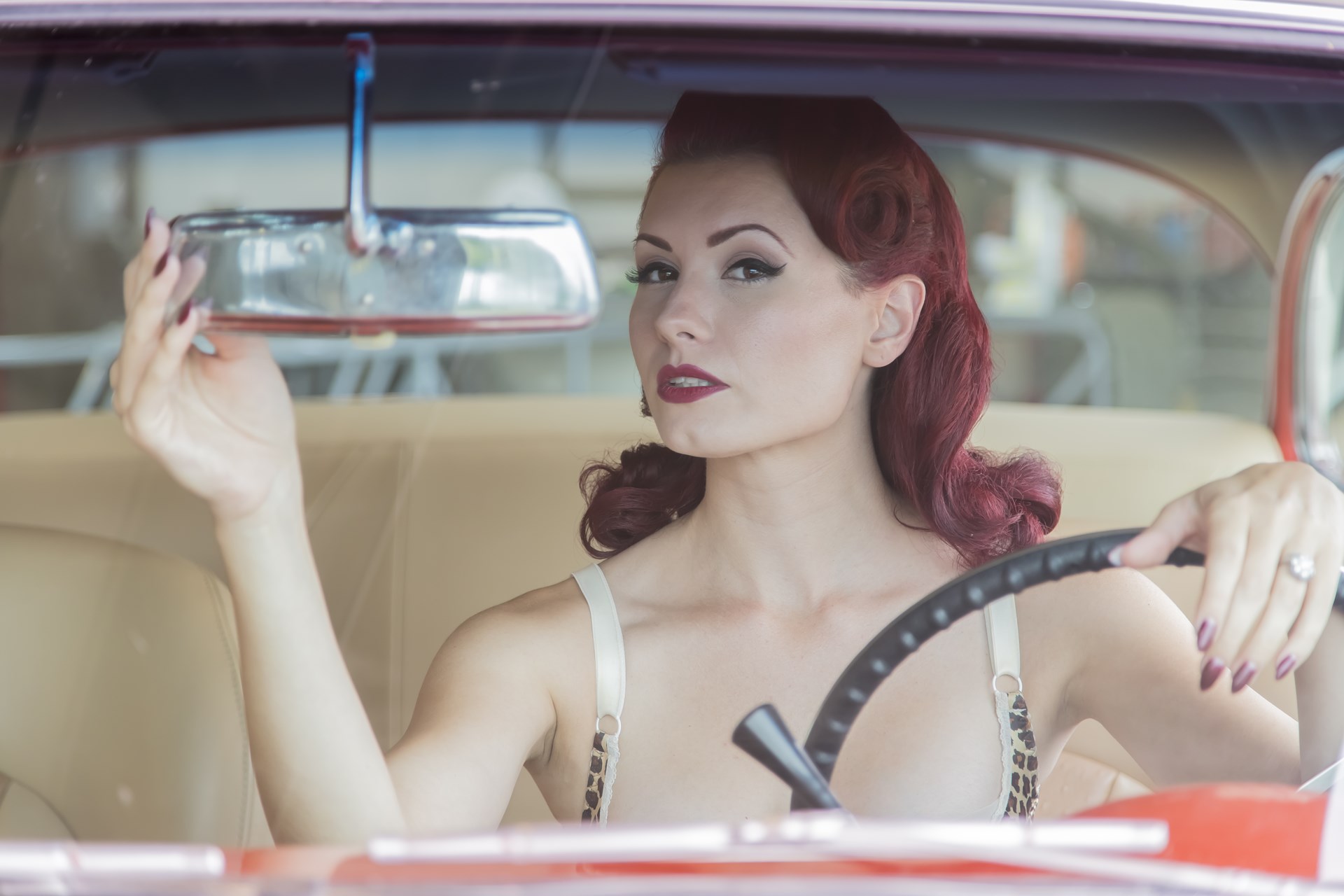 In my decades of trying to educate policymakers about the downsides of class-warfare tax policy, I periodically get hit with the argument that high tax rates don’t matter since America enjoyed a golden period of prosperity in the 1950s and early 1960s when the top tax rate was more than 90 percent.

Here’s an example from Politico of what I’m talking about.

This comparison grates on me in part because both Bush and Obama imposed bad policy, so it’s no surprise that the economy did not grow very fast when they were in office.

But I also don’t like the comparison because the 1950s were not a halcyon era, as Brian Domitrovic explains.

…you may be thinking, “But wait a minute. The 1950s, that was the greatest economic era ever. That’s when everybody had a job. Those jobs were for life. People got to live in suburbia and go on vacation and do all sorts of amazing things. It was post-war prosperity, right?” Actually, all of these things are myths. In the 1950s, the United States suffered four recessions. There was one in 1949, 1953, 1957, 1960 – four recessions in 11 years. The rate of structural unemployment kept going up, all the way up to 8% in the severe recession of 1957-58. …there wasn’t significant economic growth in the 1950s. It only averaged 2.5 percent during the presidency of Dwight D. Eisenhower.

For today’s purposes, though, I want to focus solely on tax policy. And my leftist friends are correct that the United States had a punitive top tax rate in the 1950s.

This chart from the Politico story shows the top tax rate beginning on that dark day in 1913 when the income tax was adopted. It started very low, then jumped dramatically during the horrible presidency of Woodrow Wilson, followed by a big reduction during the wonderful presidency of Calvin Coolidge. Then it jumped again during the awful presidencies of Herbert Hoover and Franklin Roosevelt. The rate stayed high in the 1950s before the Kennedy tax cuts and Reagan tax cuts, which were followed by some less dramatic changes under George H.W. Bush, Bill Clinton, George W. Bush, and Barack Obama. 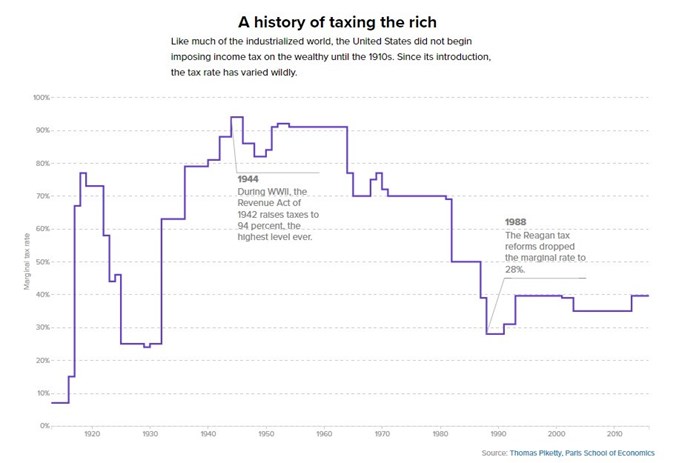 What do we know about the impact of the high tax rates put in place by Hoover and Roosevelt? We know the 1930s were an awful period for the economy, we know the 1940s were dominated by World War II, and we know the 1950s was a period of tepid growth.

There’s not a linear relationship between tax rates and tax revenue.

But we also know that high tax rates don’t result in high revenues. I don’t think Hauser’s Law always applies, but it’s definitely worked so far in the United States.

This is because highly productive taxpayers have three ways to minimize and/or eliminate punitive taxes. First, they can simply choose to live a more relaxed life by reducing levels of work, saving, and investment. Second, they can engage in tax evasion. Third, they can practice tax avoidance, which is remarkably simple for people who have control over the timing, level, and composition of their income.

All these factors mean that there’s not a linear relationship between tax rates and tax revenue (a.k.a., the Laffer Curve).

And if you want some evidence on how high tax rates don’t work, Lawrence Lindsey, a former governor at the Federal Reserve, noted that extortionary tax rates are generally symbolic – at least from a revenue-raising perspective – since taxpayers will arrange their financial affairs to avoid the tax.

…if you go back and look at the income tax data from 1960, as a place to start, the top rate was 91 percent. There were eight – eight Americans who paid the 91 percent tax rate.

Interestingly, David Leonhardt of the New York Times inadvertently supported my argument in a recent column that was written to celebrate the era when tax rates were confiscatory.

A half-century ago, a top automobile executive named George Romney – yes, Mitt’s father – turned down several big annual bonuses. He did so, he told his company’s board, because he believed that no executive should make more than $225,000 a year (which translates into almost $2 million today). …Romney didn’t try to make every dollar he could, or anywhere close to it. The same was true among many of his corporate peers.

I gather the author wants us to think that the CEOs of the past were somehow better people than today’s versions.

But it turns out that marginal tax rates played a big role in their decisions.

The old culture of restraint had multiple causes, but one of them was the tax code. When Romney was saying no to bonuses, the top marginal tax rate was 91 percent. Even if he had accepted the bonuses, he would have kept only a sliver of them. The high tax rates, in other words, didn’t affect only the post-tax incomes of the wealthy. The tax code also affected pretax incomes. As the economist, Gabriel Zucman says, “It’s not worth it to try to earn $50 million in income when 90 cents out of an extra dollar goes to the I.R.S.”

By the way, Zucman is far from a supply-sider (indeed, he’s co-written with Piketty), yet he’s basically agreeing that marginal tax rates have a huge impact on incentives.

The only difference between the two of us is that he thinks it is a good idea to discourage highly productive people from generating more income and I think it’s a bad idea.

The Economy Is Not a Fixed Pie

For more than 30 years now, the United States has lived with a top tax rate less than half as high as in George Romney’s day. And during those same three-plus decades, the pay of affluent Americans has soared. That’s not a coincidence.

But he goes awry by then assuming (as is the case for many statists) the economy is a fixed pie. I’m not joking. Read for yourself.

...the most powerful members of organizations have fought to keep more money for themselves. They have usually won that fight, which has left less money for everyone else.

A market economy, however, is not a zero-sum game. It is possible for all income groups to become richer at the same time.

That’s why lower tax rates are a good idea if we want more prosperity – keeping in mind the important caveat that taxation is just one of many policies that impact economic performance.

P.S. Unbelievably, President Franklin Roosevelt actually tried to impose a 100 percent tax rate (and that’s not even the worst thing he advocated).