Save Us from Great Ideas

We Shouldn't Be Forced to Pay for Other People's Great Ideas

l keep a “Pet Peeve” file. Among the many items it contains are several articles about a famous Michigan project that started out as somebody’s “great idea.” It secured government funds and then promptly went kaput. It was called “AutoWorld.”

In 1984, the $70 million AutoWorld theme park opened in Flint, Michigan, amid much fanfare and hoopla. Situated on nearly seven acres of land downtown, the park was supposed to draw 900,000 visitors every year and help revive a dying inner city. It had the enthusiastic support of city and state officials and many big-name Flint citizens. Half the $70 million it took to build the facility came from federal, state, and city governments.

Sixteen years later, nothing remains of the park. Closed after less than two years of sparse crowds, and then later demolished, the site is now part of the University of Michigan’s Flint campus. “Build it and they will come” turned into “Built it and they said ho-hum.”

People who get “great ideas” and immediately think that government should bring them into being demean both their ideas and government. If an idea is really so great, why must force be employed? And if government is nothing more than a playground for every “great idea,” then it ceases to be a protector of us all and becomes a weapon wielded by the politically well-connected at the expense of everyone else. This knee-jerk eagerness to get government involved in everything also has the effect of diminishing the important role of civil society’s most civilizing institutions—the informal network of private and voluntary interactions that arise from families, friendships, churches, associations, and mutually beneficial commercial transactions in a free marketplace.

Every day, somebody somewhere gets a great idea and thinks nothing of stealing from others through government to fund it. Those of us who are troubled by these trigger-happy statists need to become more active and vocal in exposing their schemes. Toward that end, I share here a story and a letter.

With echoes of the AutoWorld failure still reverberating, the city of Kalamazoo is attempting to put taxpayers on the hook for another theme park. The city-funded Kalamazoo Aviation History Museum has announced plans to build a seven-acre “Legacy of Flight” attraction—an aviation entertainment and education center slated to open in June 2003. Local leaders want the state of Michigan to come up with as much as half of the estimated $80 million construction cost. Proponents are pushing for a 25 percent hike in the local hotel accommodations tax to raise the other half. When I raised objections, its main promoter and the head of the museum, Robert Ellis, wrote me a letter in which he questioned my motives. This was my response:

Thank you for your letter of February 28 and the invitation to visit the Aviation History Museum. When I have plans to be in the Kalamazoo area, I will give you a call.

My criticism of the “Legacy of Flight” museum is not of the project itself, but rather, of the public funding of it through taxation. On WKZO radio a week ago, I very plainly stated that I had no doubt that the project has many interesting and informative exhibits and that if indeed it does, it ought to be able to attract plenty of paying customers to make it worthwhile. Nonetheless, since my position has prompted you to question my motives, I’d like to explain those motives to you here.

I have one motive for my position and it revolves around individual liberty and the proper role of government. If I were to concede that it is proper for government to take money from people (through taxes, which are not voluntary) for the purposes of entertaining and informing them about flight, then I suppose there is absolutely nothing that I could legitimately declare to be beyond the bounds of government. We could simply announce that government will rob Peter to pay Paul any time Paul gets a great idea.

America’s Founders knew that everybody has his own ideas about what’s good for others. But they also understood that just because you’ve got a “great idea,” you don’t have the right to compel other people to pay for it. The Girl Scouts have a great idea, but they sell cookies to raise money; they don’t swipe it through taxes. I happen to think the Mackinac Center is doing fantastic, invaluable work but it would never occur to me to ask the politicians to tax somebody to pay for it. If state tax money goes to the Legacy of Flight, I wonder what you’d say to Grandma over in Bad Axe [Michigan], who will never visit it and has trouble paying her monthly electric bill, but who will be forced to pay for it anyway.

I am aware that people who want tax money for the Legacy of Flight project are absolutely convinced that it’s different from similar government ventures in the past, like AutoWorld. What else is new? That’s what the AutoWorld folks said. The real test of just how different it is, however, is not rhetoric. The real test is, Will people freely support it, or does it require compulsion (taxes) to make it fly?

American society is increasingly becoming one in which, figuratively, we are all standing in a circle with each person’s hand in the next person’s pocket. I think it would be courageous and principled of you if you were to declare, “I have such confidence in the Legacy of Flight project that I am going to convince people freely of its merits. I will persuade them to support it instead of taking their money through taxes whether they like it or not.” You’d be a hero, and even the Girl Scouts would look up to you in admiration.

. . . I enclose for your reading a terrific essay entitled “Not Yours to Give.” It’s a true story of how Congressman Davy Crockett, over 150 years ago, changed his mind about using government to get by force what one is unwilling to convince people to give by free will. 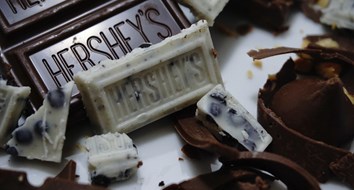 Milton Hershey Showed that Persistence Is Key to Success