Reflections Amid an Anti-Trump Protest in Austin

I'll choose to be cautiously optimistic and say to my Left-leaning friends who have just discovered that a powerful government won't always be on their side, Welcome to the club!

While attending a conference in Austin, Texas over the weekend, I found myself caught in the middle of an anti-Trump protest march that marked the fifth consecutive day of demonstrations for the city.

Since the surprising results of last week's election, similar sustained protests have erupted across the United States.

And although a few cities like Portland and Oakland have devolved into violence and vandalism, I was impressed by both the protesters and the police in Austin. Together, they were a model of free speech for the rest of the country.

A large group of demonstrators carried signs, chanted, and sang songs while marching up Congress Avenue toward the Capitol building flanked by patrol cars and police officers on motorcycles. 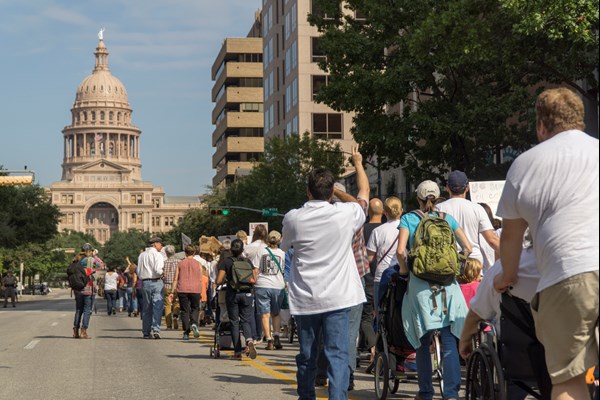 The officers kept their distance, except to close off side streets to make sure the protesters were safe. Meanwhile, the protesters limited their march to the street, allowing pedestrians free movement throughout the commercial strip. 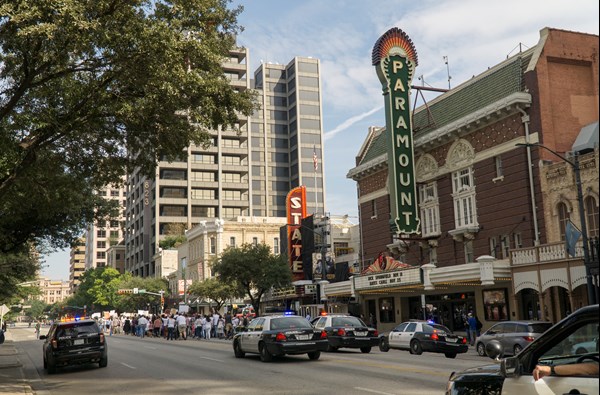 All in all, it was a beautiful example of what a free society should look like. 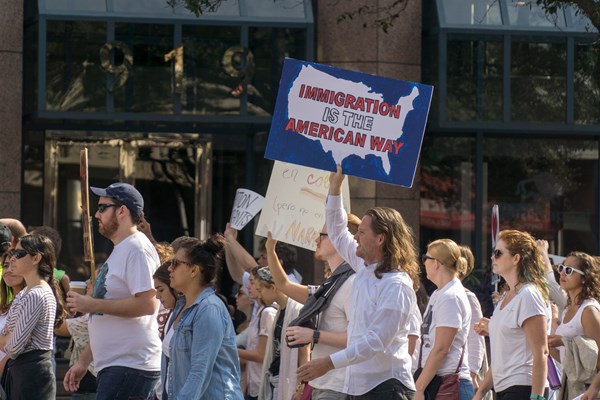 That said, while I admire and applaud everyone's attitude, I must say that as someone who has spent most of his adult life advocating for limits on government power, I find much of the protest movement happening around the country a little confusing.

As elsewhere, much of the Austin protest seemed to center around a rejection of Trump's immigration platform, which given the locale certainly makes some sense.

From a libertarian standpoint, there were even some pretty amazing signs on display. 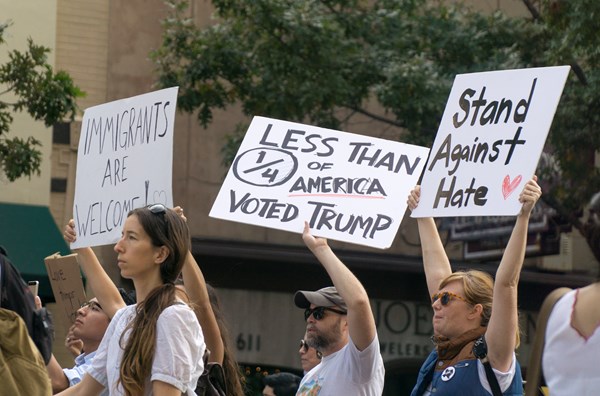 But I can't help but wonder where these people were when the Obama administration was deporting millions of immigrants. 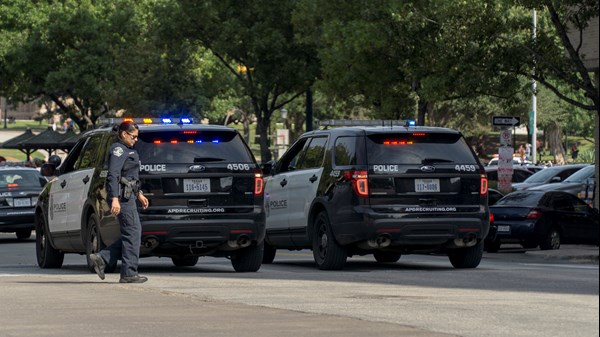 I can't help but wonder if the people carrying signs stating that "No Human Being is Illegal" would extend the sentiment to laws restricting trade, occupational licensing requirements, or minimum wage. 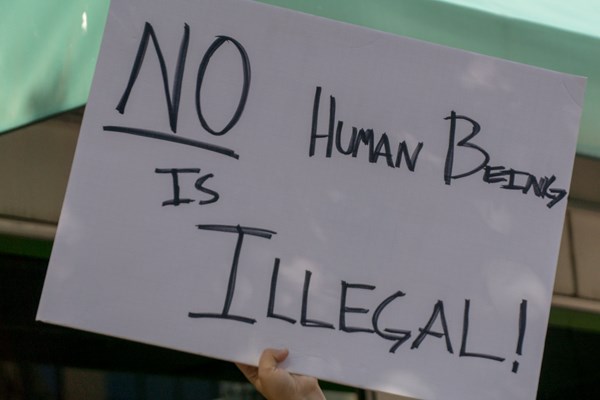 And I can't help but wonder if the people offering "love" in contrast to Trump's supposed "hate" aren't some of the same people calling half of the American populace "racist, sexist, bigots" and ending long friendships over political differences. 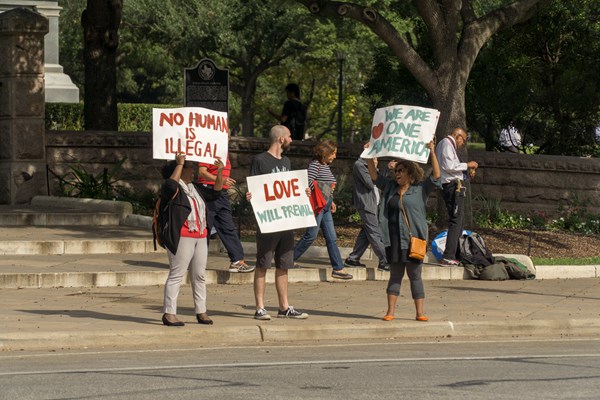 In short, I can't help but wonder if the commitment to some of the slogans is a bit thin.

Throughout most of my life, progressives have continually argued for greater and greater centralization and concentration of power. While it's remained in the hands of President Obama, I heard hardly a peep of objection against even his most egregiously harmful policies.

But now that the ring of power is on the other finger, the Left immediately organized demonstrations and marches.

I, for one, am fairly certain this would not have occurred if a Democrat had been elected and advocated the same ideas that Trump has campaigned on – economic protectionism, closed borders, and nigh-unlimited power to the national security apparatus.

We can be certain of this because, between Bernie Sanders' protectionism and Hillary Clinton's mania for foreign intervention and warfare, much of Trump's actual policy platform would have been enacted and nobody seemed all that concerned.

In fact, it has been almost 10 years since I have seen any Left-progressive opposition to state power, so I struggle somewhat to trust that what's going on now is anything more than partisan politics. Those of us who have devoted our lives to challenging the ever-growing power of the state have seen this pattern before every time control over the state has switched parties.

Of course, this is still an important moment in time, and the strength of opposition to Trump's presidency presents some unique opportunities to introduce a whole new group of people to not only the importance of skepticism of the government, but of the value of a free society.

For now, I'll choose to be cautiously optimistic and say to my left-leaning friends who have just discovered that a powerful government won't always be on their side, Welcome to the club! 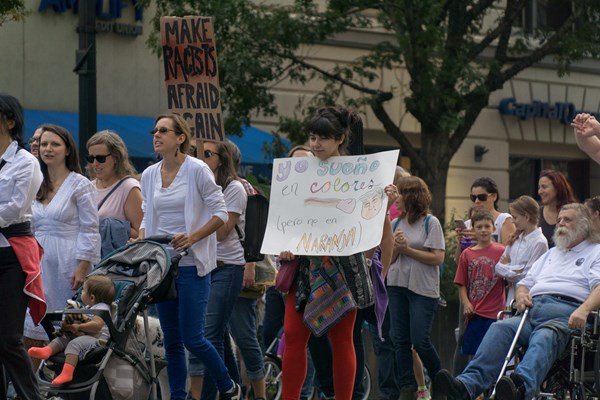