People Die Trying to Get to America, Too

Legalizing immigration will save lives

About 5,000 migrants have drowned in the Mediterranean on their way to Europe in 2014 and 2015. Although drownings are moderating, the danger remains. Illegally crossing the Mediterranean to Europe claims the lives of about 2 percent of all migrants who attempt the voyage. The United States’ southwest border is also dangerous but less so. 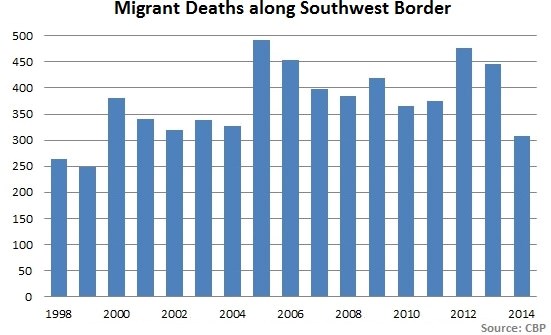 2012 was the most dangerous year to cross when the number of deaths was equal to 0.13 percent of all apprehensions. The most dangerous border sector during the whole period was Del Rio with deaths as a percentage of apprehensions at 0.046 percent that resulted in 458 deaths. The Tucson sector’s death rate was 0.045 percent, but there were 2,507 deaths during the entire time period. 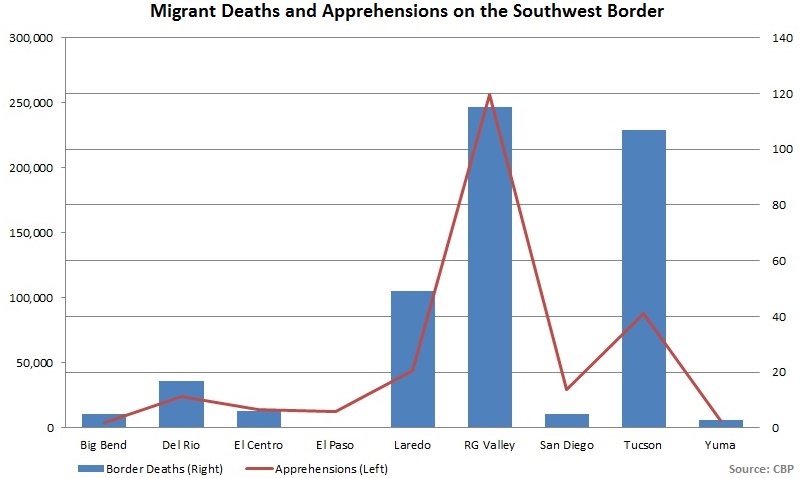 Migrant deaths by border sector is correlated with the number of migrants apprehended at each sector. Places where migrants tend to cross are those where they also tend to die in the attempt.

Dying of thirst in the Southwestern desert while trying to immigrate was not written about (as far as I’ve looked) and was probably very rare, prior to the Chinese Exclusion Act of 1882. In that year Chinese immigration was banned, diverting many Chinese immigrants into the black market where they first went to Canada or Mexico before entering the United States instead of just landing legally in San Francisco.

Erika Lee’s wonderful book At America’s Gates documents this. This problem was so widely discussed that Harper’s New Monthly Magazine even published this brutal drawing in March, 1891: 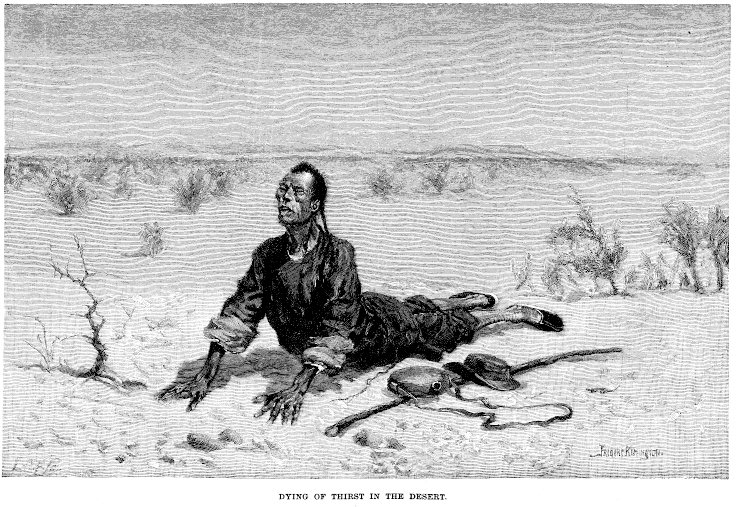 Chinese immigrants died crossing the Southwestern desert in pursuit of the American Dream when the Chinese Exclusion Act was in effect. Today, Mexicans and Central Americans are dying while trying to enter because our legal immigration system has made no room for them. No doubt there are many bodies in the desert that have not and will not be discovered.

More immigration enforcement would deter some of them from trying to immigrate or rescue many who are dying, but it would also drive many of the more desperate ones to take riskier trips in more dangerous terrain, possibly increasing the death rates.

The deaths of Chinese immigrants more than a century ago and most of those who are crossing today would be easily prevented by allowing them to enter legally.