One Event Can Change Everything

FEEcon is a celebration of the uncommon heroes among us: entrepreneurs, innovators, wealth creators, and people of extraordinary personal character.

More than 700 people from at least 19 countries converged at the Omni Hotel in Atlanta’s CNN Center last weekend for the largest and most ambitious event of FEE’s history. We are still buzzing here in the FEE office from the excitement and energy generated at the first-ever FEEcon.

The idea for this new conference began nearly one year ago when the students and young professionals attending our programs told us they wanted a larger, conference-style program with a range of content for varying educational levels and interests. They wanted to explore opportunities to take “next steps” in free-market ideas. 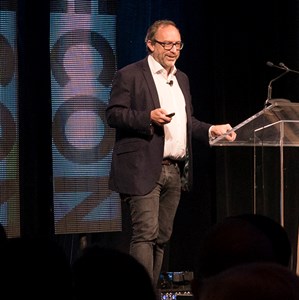 Our partner organizations, who offer a variety of such opportunities, reached out to us to connect directly with our students. They wanted to witness the returns of their investment in outreach to youth audiences while enjoying an educational experience of their own.

Meanwhile, we had been talking about expanding our FEE Annual Retreat to include more attendees and make it more accessible. After talking about hosting these programs and the retreat as separate events, we realized we were really talking about different aspects of what should be the same event: FEEcon.

As FEE’s president, Lawrence W. Reed, expressed in his conference welcome, FEEcon is a celebration of the uncommon heroes among us: entrepreneurs, innovators, wealth creators, and people of extraordinary personal character. With that in mind, FEEcon was designed to deliver powerful experiences to inspire and empower each individual at the conference to improve his or her life and the lives of those around us.

The vast networking opportunities at FEEcon allowed our student audience to engage with successful entrepreneurs and student leaders. Our partners were able to connect with a community of people changing the world. FEE’s supporters were able to attend all sessions alongside the students while still enjoying the VIP experience they’ve come to expect from FEE’s Annual Retreat, which culminated with an on-field dinner at the College Football Hall of Fame and remarks by National Review’s Kevin Williamson. 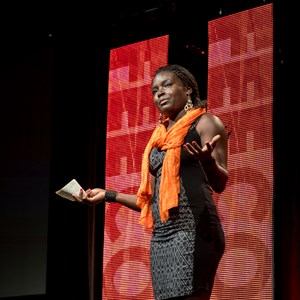 Attendees at FEEcon had the opportunity to customize their own conference experience across 70 sessions grouped into 10 distinct learning tracks. There were far too many incredible moments from the speakers, panels, and workshops to do it justice with a brief summary, but a recap of the inaugural FEEcon offers at least a glimpse into why so many students described this 3-day experience as life-changing.

The Entrepreneurship and Business Success track was FEEcon’s largest, both by number of sessions and total attendance. The panels’ entrepreneurs reflected on lifetimes of experience in investment, innovation, and experimentation, discussed the virtue of wealth creation, shared personal stories, and offered actionable advice for starting and growing a business.

A theme throughout the conference was the development of real skills for professional success while learning foundational principles. To this aim, we dedicated an entire track to Personal and Professional Development. As part of it, Bob Ewing and T.K. Coleman led a communications workshop for aspiring leaders, FEE’s own Dan Sanchez and Eileen Wittig teamed up with Casey Given from Young Voices for a writing workshop, and Robin Koerner offered tips for talking with and persuading people who don't already agree with you. During the final breakout session, panelists from America’s Future Foundation, the Institute for Humane Studies, the Charles Koch Institute, and Generation Opportunity offered professional guidance to students so they can position themselves for their chosen careers.

Abbey Lovett, Sarah Knickerbocker, and Victor Agbafe advanced to the final round of the FEEcon Great Communicator’s Tournament where they presented onstage in front of a live audience to a panel of judges. Congratulations to Abbey for taking first place and advancing to Think Freely’s Great Communicators Tournament to be held in Washington, D.C. in October! 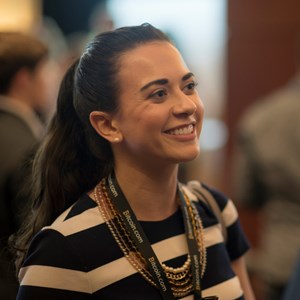 FEEcon also hosted an entrepreneurship hackathon as part of the Digital Solutions track, in which 40 competitors gathered in teams to develop solutions for small business owners. The winning team developed a concept to automate social media content generation for small business marketing, taking home over $3,500 in prizes.

FEEcon also featured a variety of tracks on the theoretical underpinnings of free and civil society.

In the Economic Essentials track, Donald J. Boudreaux explained how we can all use the power of economic thinking to better understand the world around us. Abby Hall pulled back the curtain on politics with an introduction to the economic tools used to deal with traditional problems of political behavior, and students learned about the role of the entrepreneur according to the great Austrian economists during a talk by Ivan Pongracic.

Bradley Thompson, Executive Director of the Clemson Institute for the Study Capitalism, made the case that self-interest rightly understood is the only proper foundation for morality and capitalism in the Political Philosophy track. Later, Peter Jaworski explored the morality of market exchange and Jason Brennan discussed the limits of democracy. 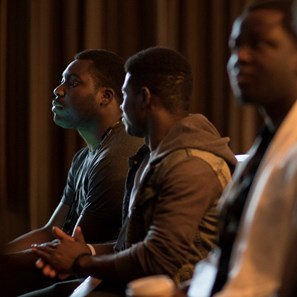 Our Science and Technology track highlighted the practical application of what's possible in a marketplace of free people when, as Leonard Read would say, we “leave all creative energies uninhibited.” Business leaders and policy experts from all over the country discussed the future of healthcare innovation and disruptive technologies that are changing the world. Among them, Caitlin Long of Symbiont explained how blockchain technology is transforming the role of trust in property relations. Stephen Pair, CEO of BitPay, and Mate Tokay, COO of Bitcoin.com – two of the world’s leading experts on blockchain technology – spoke with Jeffrey Tucker about the future of bitcoin.

The Poverty Alleviation, Well-Being, and Prosperity sessions included panels on income and class mobility, social entrepreneurship, and a moving screening of Poverty, Inc. David Beito spoke about the role of black entrepreneurs and fraternal societies in creating the modern civil rights movement.

An entire track sponsored by Market Urbanism centered on the challenges of city planning. As part of the track – Urbanism, Development, and Your Neighborhood – Sandy Ikeda explained the complex, spontaneous order of city development through the lens of Austrian economics.

During the Creativity and Commerce sessions, attendees heard powerful insights from a panel of professionals who have successfully followed their passion for a creative career. Sarah Skwire, Literary Editor of FEE.org, gave a talk on the Art of Liberty, and Sean Malone, Director of Media for FEE, moderated a number of panels. FEEcon also featured a screening room that showed inspirational short films made by FEE and our partner organizations.

You Can Change the World

There was a self-empowering message at the heart of FEEcon: change is possible, and it starts with the individual. You can change the world.

Writing in 1967, Leonard E. Read understood this point well. As he wrote:

And that’s the lesson which history teaches so clearly: Waste no time or energy on repairing mere recapitulations – humanity, society, civilization, the masses – over which the individual is utterly powerless. Dismiss the impossible! Instead, fasten the eye on that enormously potential entity which falls within one’s own control, namely, self. Concentrate on the possible!

FEEcon’s keynote speakers told stories of turning dreams into tangible action even while overcoming challenges in the process.

Glenn Jacobs, entrepreneur and professional athlete, shared his personal story of overcoming failure on his way to success. According to Glenn, one of the most important aspects of the free market is that it gives you the opportunity to fail, which in turn lets you learn more than you ever would have otherwise.

Jimmy Wales, founder of Wikipedia, joked about how proficient he had become at failing before starting the 5th most popular website in the world, and credited F.A. Hayek and Ayn Rand in shaping his worldview. 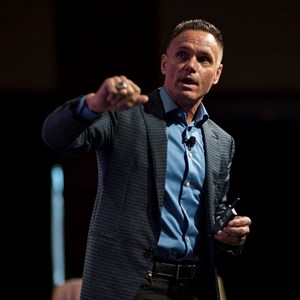 Kevin Harrington, founding member of ABC’s Shark Tank and inventor of As Seen On TV, shared his story of having to completely reinvent his business due to changing market demands.

Patrick Byrne and Magatte Wade celebrated the power of entrepreneurship to improve lives around the world.

FEEcon is the conference for you to exchange ideas, make life-long connections, gain new inspiration, and have an unforgettable experience, all with the ultimate goal of living a better life and changing the world.

All of this, of course, would not be possible if not for the generous supporters and over 40 sponsor organizations that joined us in Atlanta for the very first FEEcon. We must also thank the incredible team of team of staff and volunteers who worked to make the conference such a tremendous success.

We are more energized than ever as we begin planning FEEcon 2018! We intend to build on this year’s success. Until the big day, we will stay in touch with those who attended, especially the students, and continue to nurture their interest in discovering what makes individuals and societies prosper and help translate their enthusiasm into action as they become ambassadors for free enterprise and strong character.

We expect this year’s FEEcon will produce new partnerships in the U.S. and abroad. FEEcon is not a one-off event. It’s a bridge to the future!

Get a feel for FEEcon yourself and watch the main videos from this year.

Jason Riddle was the Vice President of Programs and Strategic Operations at FEE. Prior to joining FEE, Jason spent over eight years as a management consultant working with a variety of public and private organizations to enhance their business performance through improved risk management, operational effectiveness, and control around internal and external reporting.