Serving as ground zero for the $15 minimum wage battle, New York City saw its fast-food workers also serve as the subjects in an experiment that completely ignored the laws of economics. 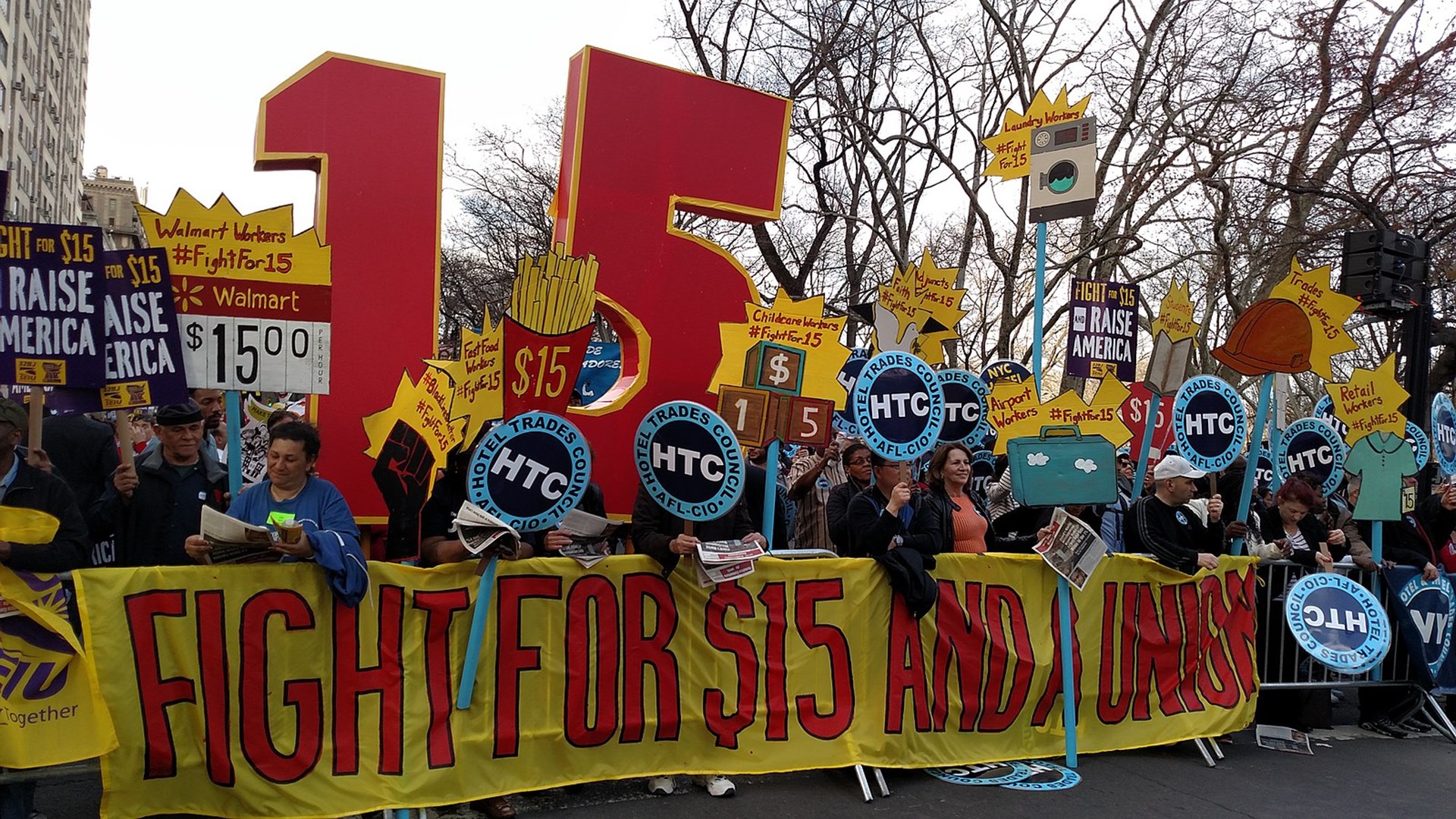 When supporters of minimum wage increases argued that entry-level workers were not getting paid enough to support their families, experts warned that forcing employers to increase the wages for unskilled workers would produce unintended consequences. Now that critics of the law were proven right and workers are getting fired, proponents are doubling down.

Critics hoped that minimum wage supporters would finally understand that employers should be able to negotiate wages with workers freely, but those suffering the consequences seem blind to reality.

Will they ever realize that their push for a minimum wage hike is why they are out of a job?

For a company to offer a higher wage to an employee, it must first be able to afford the hike.

According to a recent New York Times piece, workers who supported and helped to push for the minimum wage increase in New York City are now being fired—and for unfair reasons, they claim.

But how could anyone call these firings unfair when employers are being forced to raise everybody’s wage?

You Can’t Repeal the Laws of Economics

Serving as ground zero for the $15 minimum wage battle, New York City saw its fast-food workers also serve as the subjects in an experiment that completely ignored the laws of economics.

After protests and rallies demanding a higher minimum wage and different proposals regarding scheduling procedures, workers got what they wanted. But now that they are being fired, they are organizing to, once again, ask the city to change the law so they are protected from “unfair” firings.

Hoping the city will apply some job security to their minimum wage positions, workers think this change would finally make things right. After all, all it takes is a law and life will be perfect, right?

But as economists have explained, it takes money to increase the minimum wage.

For a company to offer a higher wage to an employee, it must first be able to afford the hike.

For companies, paying entry-level, unskilled workers the same they would pay a manager or a seasoned employee doesn’t make any sense.

For companies, paying entry-level, unskilled workers the same they would pay a manager or a seasoned employee doesn’t make any sense—not because employers aren’t compassionate but because they would have to pull in more money to afford these high wages.

When governments force them to pay unskilled workers more, they necessarily have to cut costs somewhere to avoid losing money. After all, the goal is staying open and profitable. If the employer is losing money, he or she can’t pay anyone anything.

The way they find to cut costs is to cut the number of employees on payroll. And precisely because labor laws are already so suffocating, employers must use other excuses to fire employees, as “I can’t afford paying you and hundreds of others the minimum wage” is not enough of an excuse.

Of course, workers who fought for the minimum wage increase feel they are being unfairly targeted. But the reality is that what’s missing is some basic understanding of economics, which would help them realize that simply increasing the minimum wage by decree does nothing but limit the labor market, hurting the unskilled and the poor more than any other groups.

As The New York Times explained, it’s unfortunate that labor unions are often the first to push and mobilize workers for minimum wage pushes.

Union bosses will use unsound economics to persuade workers to join them, and all because they want more people to join their ranks and pay their union dues.

Union bosses will use bad reasoning and unsound economics to persuade workers to join them, and all because they want more people to join their ranks and pay their union dues. Unfortunately, those who join the union masses are the ones now suffering the backlash. And what’s worse, now that workers are mobilizing once again to push for more job “protections” from lawmakers, we'll see even more unexpected consequences.

In no time, all fast-food joints across New York City will use nothing but self-serving kiosks and robots (yes, robots!). Otherwise, they will all have to shut down completely because they simply won't be able to afford to follow the city’s law.

Now, the laws of economics, on the other hand, those are impossible to go around.