My Obsessive Phone Checking Gave Me a Concussion

It took a self-inflicted injury to teach me about being present. 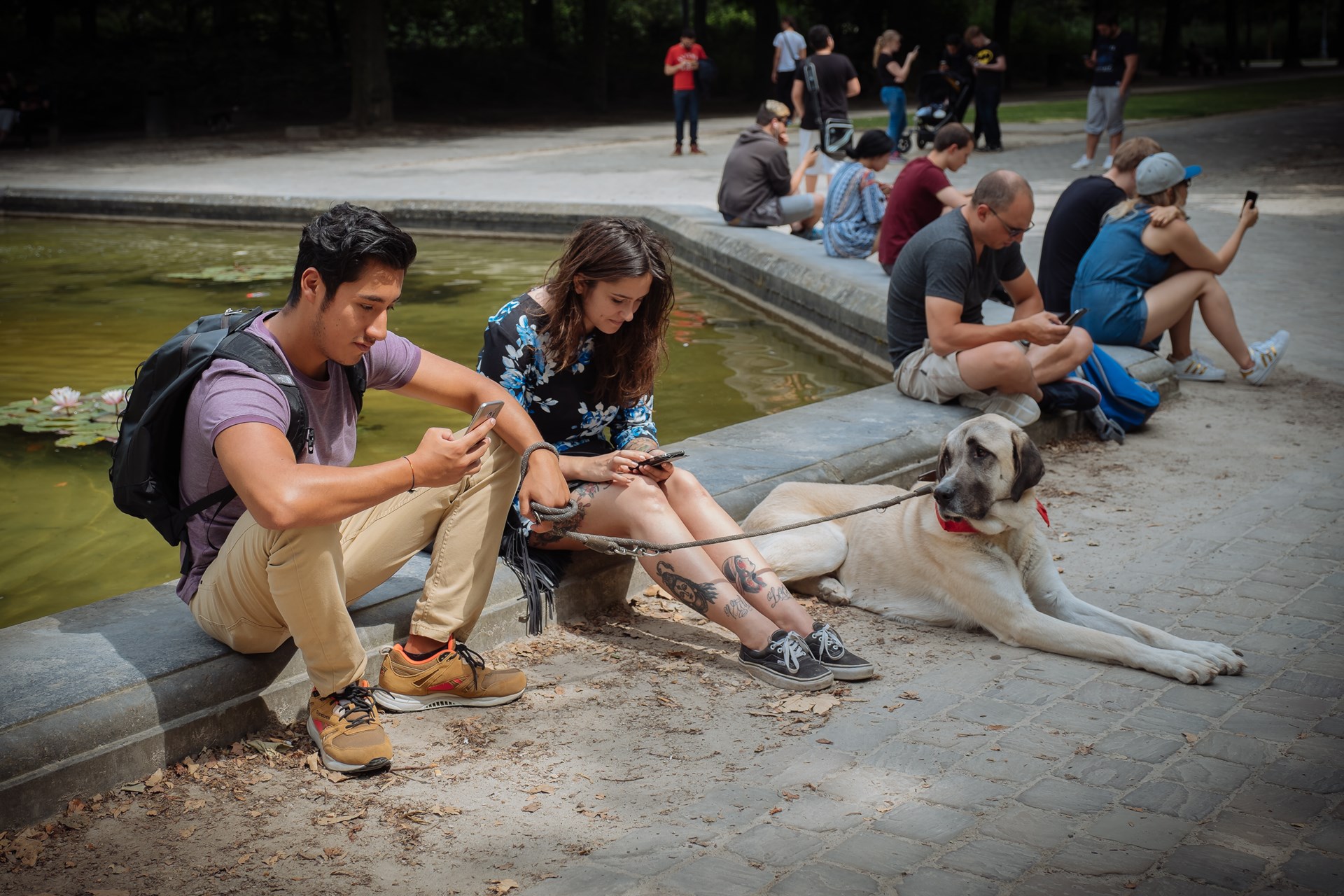 It took a concussion to teach me about living mindfully. That may sound like an exaggeration, but it is painfully true.

Since text messaging was created, I have been glued to my phone. The problem was only exacerbated when technology advanced and the “Sidekick III” became my entire world. Now, I was free to not only compulsively text, but to check MySpace whenever I wanted.

As the world progressed and the iPhone entered the market, my phone became more and more a part of my being. In addition to its user-friendly platform and faster internet speeds, I now also had multiple social media accounts: Facebook, Twitter, Instagram –it was constant. I couldn’t handle being disconnected from the world—or rather the false sense of feeling disconnected from the world.

I spent years of my life paying more attention to a screen than I did to the people around me. I’m not the only one with this problem. Of course, most people don’t run into a fence and cause themselves a minor head injury.

Someone liking your status is not a real connection, even if it may give you a dopamine high.

I’m a writer. That may not be a valid excuse, but it is my excuse nonetheless. My mind is always turned on and thinking of my next great idea. But I don’t always have my computer with me. While many might suggest carrying a notebook, there is a slight problem there too. I have such bad handwriting that, try as I may, I can never figure out what it is that I wrote down after the fact.

This is where the notes section of my iPhone has come in handy. I will frequently write entire articles on my smartphone, once even writing as I made my way through the security line at the airport and finishing before I reached my gate. I have relied on my phone for many of my favorite articles. But that was before my concussion.

I knew my phone use was getting to be a problem. I was beginning to feel as though I was missing out on many opportunities to connect with real people. Over the years, I had learned that while integral in our modern day, social media friendships are not always as they seem. Someone liking your status is not a real connection, even if it may give you a dopamine high.

But those chemical reactions were addictive.

In the weeks leading up to the injury, I had already managed to absent-mindedly walk into a light pole and a parked car. My track record was not great. And yet, I continued my obsessive phone use as usual.

Then, one day while furiously tapping out an article on my touchscreen, I walked to the entrance of my apartment and opened the main gate. And as it opened, I continued to stare at my phone without any notion of what was going on in the world around me.

Unfortunately, I have never been a coordinated person, and spatial reasoning is not my strong suit, so I undershot the distance between myself and the gate as I thrust it open.

A sharp pain shot through my brain, and my head was spinning. Yes, I am actually admitting to you that I swung the gate open and hit myself forcefully in the head so hard, in fact, that the gate now has a permanent dent. My forehead also developed a decently-sized gash.

A few hours and many slurred sentences later, I decided that maybe it was time to go get my head looked at, which, as it turns out, was for the best.

I had been depriving myself of potentially life-changing experiences, because I wasn’t allowing myself to live present in each moment.

Something Has To Change

As a writer, having a fully-functioning brain is fairly important. As I spent a few days unable to do much of anything aside from rewatching Game of Thrones episodes, I felt both reflective and ridiculous for allowing this to happen. It wasn’t just the concussion, though, believe me, that was sufficiently embarrassing. I realized that I was missing out on so much because I had this compulsive need to feel connected to a virtual space.

I had been depriving myself of potentially life-changing experiences, because I wasn’t allowing myself to live present in each moment. And I knew something had to change.

I would be lying to you if I said I no longer look at my phone. But I most certainly do not look at it so often anymore. I like to go on walks and where before I used to spend my time drafting witty Facebook statuses and brainstorming article ideas, I now make a concerted effort to recognize the beauty and opportunity that is all around me.

I never noticed, for example, what magnificent trees my neighborhood had until I let myself take the time to look. I also never bothered to smile at neighbors or appreciate the sensation of the wind brushing across my face. But now I do. And it has made me a more attentive person all around.

I am more present in my work. I have actually taken to using a productivity timer to encourage me to stay off of social media for certain chunks of time throughout the day. And, while not perfect yet, I am learning to be a better listener because I am no longer scrolling through Facebook as people are talking to me.

I still have room to improve, but we all do. But please take my advice and don’t wait for a self-inflicted concussion before making an effort to be more present.