Marxism Is Consuming My Beloved Africa

Many young Africans are quick to embrace Marxism as a solution to the many harms that imperialist colonialism has inflicted on them, but they are mistaken.

Two weeks ago, I posted a picture of myself wearing a Stop-Che T-shirt on Facebook with the intent of showing my friends that I know my heroes. In less than 24 hours, my inbox was flooded with young Africans condemning my choice of fashion. 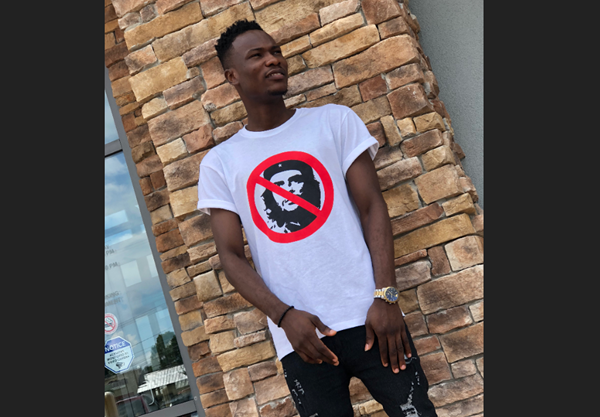 What this picture and the conversations it sparked opened my mind to is a reality I have tried to evade for too long: That Africa’s situation is more precarious than the sorrows of hunger and wars, and that the next generation, which is seen by many as its path to prosperity, may, in fact, be its greatest impediment.

Most of the messages questioned my lack of appreciation for a man who helped mobilize the international condemnation of the apartheid regime in South Africa and fought the colonialists during the independence war in Congo.

Here is a sample of the responses, which are abridged but largely unedited:

“Don’t deny your ancestors my brother. We Africans would never give up our future to the white imperialists again. VIVA ALUTA,” wrote a former colleague in Nigeria who graduated with a degree in philosophy.

The fact that these young Africans see a hero in one of modern history’s most brutal leaders speaks volumes.

“Mr. Ibrahim, I have always followed your opinion but I am honestly disappointed with this response. If you think fighting for our nationalism is ‘wrong priority’ then I must say you’re lost,” wrote a law student from Liberia.

“The Important Thing Is That He (Che) Stood For His People When It Matters Most," wrote a former colleague who holds a degree in political science. “No Being Is Perfect! ...and the rest of you all are all delusionals, reactionaries and hypocrite. Especially you Ibrahim Anoba. You people want to change the status quo. No matter how you perceived him to be. It doesn't even change a quantum of his heroic nature and essence. He stood for the LEFT. VERY obvious you all are Capitalist Demons and Right Wingers. The 1% ruling over the 99%.”

“Go get a life oga (mister). FREEDOM is coming and the bourgeoisie will be chased out like MARX said and you fit (can) join them too,” wrote one friend. “True Socialism is coming and Sowore (a leftist Presidential candidate in Nigeria) will lead our revolution. UHURU!”

These messages are the sensible ones. The others are either incoherent or too racist for print (all directed at the “white imperialists”). How did I respond?

If there is any time for African libertarians to brace up for a philosophical battle, it is now.

I told them the purpose of the T-shirt is not to deny the many rebellious acts of Che Guevara, but to remind them of the evil legacy the acts have had on the lives of many today. But that is secondary. The fact that these young Africans see a hero in one of modern history’s most brutal leaders speaks volumes about the kind of leadership the continent should anticipate in years to come. If there is any time for African libertarians to brace up for a philosophical battle, it is now.

These young Africans are smart and enterprising, but these qualities have not helped many to understand what is best for their prosperity. They evidently are tired of living in a system that choked their potentials and liberties, yet they still choose the wrong philosophy as a guide.

They are bitterly upset about their colonial past and trapped in the thought that the only way to make Africa prosper is by rejecting Western capitalism and embracing Marxism. Because their minds are so barricaded by the rage, they unintentionally support the system that made them so miserable.

In their reality, imperialism is the enemy, capitalism its instrument, and African politicians the intermediaries.

To them, capitalism has made Africa poorer. The continent can only be saved by instituting the ideal Marxist order of equally distributed resources, parceled out by a centralized government. They believe this would not fail if the system is practiced in its truest and most sincere form.

In their reality, imperialism is the enemy, capitalism its instrument, and African politicians the intermediaries. So, all must be furiously rejected and replaced with good men in a conscious African socialist order that will ensure the flourishing of entrepreneurs and protect civil liberties.

Where They Get It All Wrong

Psychology proves people are often a reflection of their experience and environment. This is why one cannot entirely fault these young Africans or their confused state of mind.

They are a generation born into broken systems resulting from years of military dictatorship and a romance with crony capitalism. Most of them barely survive in defiance of the many odds that can break a person's resolve. However, Africa’s past holds the key to its survival.

Few traditional African societies, prior to colonialism and foreign evangelism, embraced powerful governments over individual freedoms. Our ancestors were careful about giving excessive authority to the state, especially as it concerns commerce and personal life.

Equally, trade, and entrepreneurship are not Western inventions or impositions. They are original African values.

Africans have always distanced themselves from bad leadership, even to the extent of resorting to banishment or execution of wanting leaders. To avoid this, they often shared power among councils and clans.

So, if young African Marxists today believe that nationalists who enslaved and impoverished their own people are heroes worthy of celebration and emulation, then they are disregarding thousands of years of history. Equally, trade, and entrepreneurship are not Western inventions or impositions. They are original African values. Africans have always exemplified the classical liberal principles of free market and comparative advantage even as early the Khoe-Sān tribe of Namibia. This, history teaches us, was the key to their survival.

However, there is a glimmer of hope for Africa to find salvation in its dedicated libertarians.

For the Cheetah Generation, the Challenge Is Real

Africa’s fight for progress and prosperity is not entirely against the old brigades, but a philosophical battle of ideas against the rising left.

When Professor George Ayittey—Africa’s leading classical liberal economist—popularized the cheetah versus hippos analogy in his famous Ted Talk in 2007, he opened the eyes of the world to a new breed of young African entrepreneurs ready to take the continent forward through entrepreneurship. What he did not identify, however, was the rising Marxist tendencies among these “fast-moving” African entrepreneurs that would hinder this process.

This Marxist ideology is overwhelming, and most of Africa’s institutions of higher learning serve as breeding grounds for it. Some African libertarians understand the predicament and are working to bring the continent to prosperity, yet they are few in number.

For these libertarians, the struggle of ideas is indeed real. And they must embrace the fact that Africa’s fight for progress and prosperity is not entirely against the old brigades, but a philosophical battle of ideas against the rising left.