Market Realities Finally Catch Up with the Red Cross

The Red Cross is floundering, which isn't surprising if you understand how markets work. 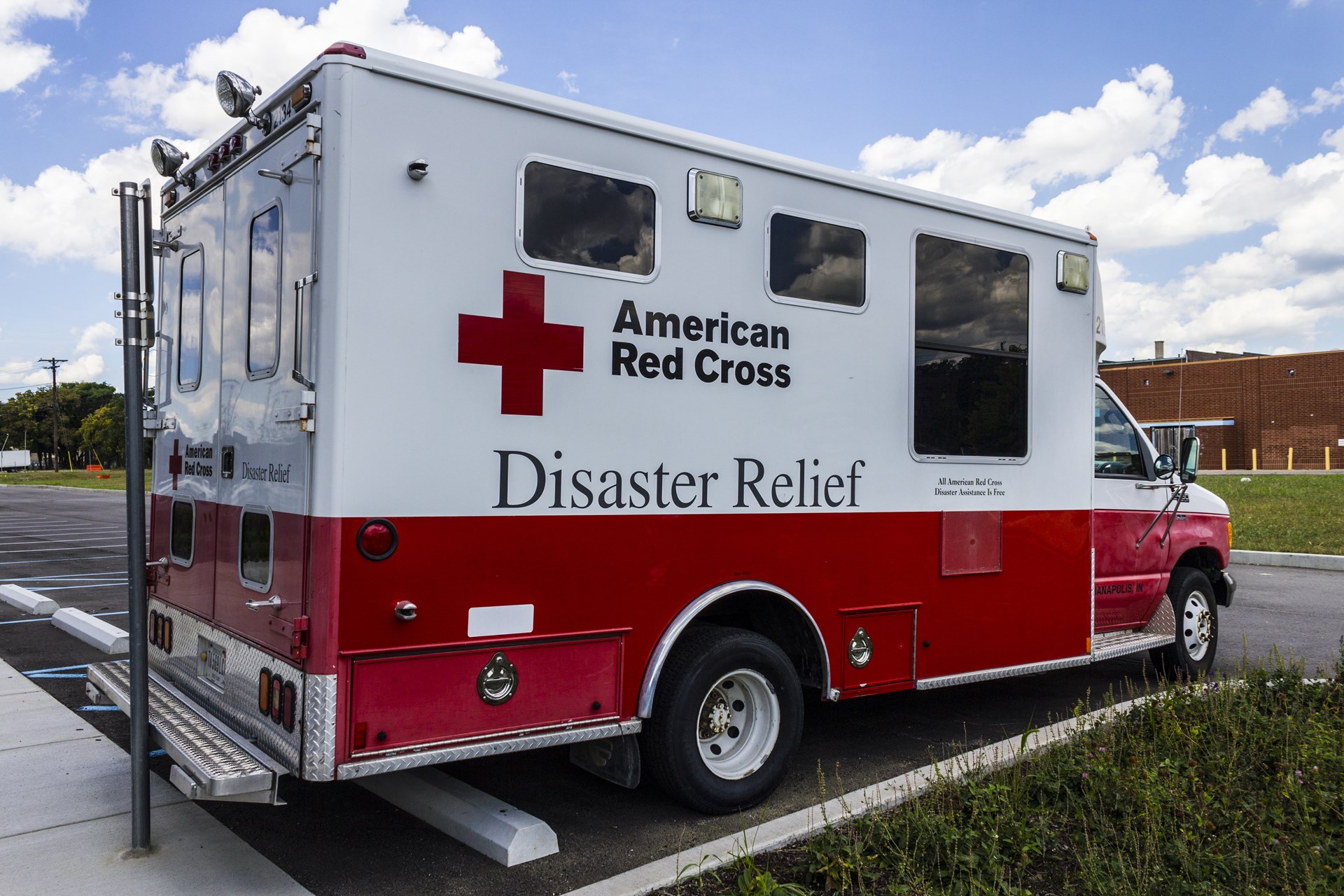 A rhetorical question for readers of all economic classes: on a normal, disaster-free day, is the American Red Cross your go-to when you’re sick, hungry, lacking clothes, or in search of life’s necessities?

To some, the mere question might smack of elitism, but it shouldn’t. Figure that there are profit-motivated businesses of all kinds in the U.S., and that serve the needs of every income class. What’s crucial is that the good businesses, as in the businesses that enjoy relentlessly rising stock-market valuations, are the ones constantly pushing down the price of everything all the while making everything increasingly easy to attain.

Considering Wal-Mart alone, its arrival in any town or city has been calculated to take place alongside a quick 13 percent decline in prices paid by customers. Amazon.com connects U.S. shoppers with bargains from around the world, and then even high-end brands like Apple are constantly rendering cheap what used to be expensive. Consider the iPod: Back in 2004 these standalone music players set buyers back several hundred dollars, but now they’re one of countless standard features in the supercomputers that we refer to as iPhones.

Stating what is visibly obvious, capitalism is all about turning scarcity into abundance. Rich “venture buyers” pay nosebleed prices for the expensive and obscure, and in so doing they act as guinea pigs for all manner of speculative goods and services.

They’re constantly looking for ways to anticipate the needs of their customers. Some of their purchases prove worthless, while some are indispensable. And when the indispensable goods reveal themselves, various producers rush in to mass-produce what had previously been enjoyed by the few.

Which brings us back to Red Cross. As USA Today recently reported, “For the American Red Cross, Hurricane Harvey presented a perfect chance at redemption.” Except that there was none. The newspaper adds that an organization most associated with essential charity during times of need “floundered and failed to provide help” according to “many Texas officials and residents.”

Perhaps what’s surprising is that Red Cross’s failures rate a front-page story. They shouldn’t simply because the organization’s ongoing struggles are highly logical. And they are for the same reason few would go to the Red Cross for food, medicine, clothing or life’s essentials during periods of normalcy.

Red Cross’s motto is “Always There In Times of Need”, but so are McDonald’s restaurants, Wal-Mart stores, and other private-sector suppliers. Profit-motivated, these businesses are rewarded the more that they’re able to fulfill our myriad unmet needs when those needs are greatest.

During disasters, our individual demands understandably skyrocket at the same time that everything is theoretically scarce. Yet the fact that everything’s scarce speaks to why Red Cross will always come up short during times of need. The reason why has to do with a charity not possessing any of the skills required when it comes to distribution, hospitality, or turning scarcity into abundance. That the Red Cross’s employees would be bereft of such skills isn’t a knock on the charity as much as anyone capable of rapidly reaching those in dire need with goods and services logically wouldn’t be working at a charity. Such a person would be earning endless sums in the private sector.

Figure that investors in Amazon, Wal-Mart and McDonald’s have made out very well over the decades precisely because each (among many, many others) is intensely good at meeting the needs of millions, and realistically billions. Even better, they’re constantly looking for ways to anticipate the needs of their customers, while at the same time offering goods and services that their customers didn’t even know they wanted. We’re talking about experts when it comes to being there when their customers need them most.

Not surprisingly, long-time employees of each have done well financially much as their investors have. All this is a statement of the obvious. What’s indispensable is heavily patronized, and by extension attractive to investors.

Some will respond that there some things only governments can do, but governments are just people. All of which raises a question: why on earth do cities, states, and countries waste taxpayer dollars on local, state, and national relief efforts? Forget that FEMA is plainly unconstitutional; that’s just shooting fish in a crowded barrel of federal activity not enumerated to the feds in the Constitution. The better question is why when it comes to FEMA? During disasters people are desperate, but why would those capable of meeting human needs during the most stressful periods work at FEMA, or state and/or local agencies? Why the Red Cross? With each entity, we’re asking their employees to perform tasks that are rather handsomely rewarded in the marketplace.

Which raises yet another question: why did Texas officials seek aid from Red Cross and FEMA to begin with? Why wouldn’t a part of the country known to be skeptical about government have simply contracted out disaster relief well in advance to private businesses that have long exhibited extraordinary competence when it comes to stepping up during life’s most stressful situations? Were cities and states to put disaster relief up for bid, it’s a safe bet that countless profit-motivated businesses would vie for these kinds of contracts.

Some will respond that there some things only governments can do, but governments are just people. And they only have resources to “do something” insofar as the private sector has fewer resources. Government largess is plainly an effect of private sector actors consistently serving customers at a profit, and it’s the desire for profits that ensures a better outcome if disaster relief is wholly left up to private businesses. Whether it’s FEMA or Red Cross, it’s time to leave out the middleman; in this case, entities that logically have no skills that lend themselves to mass-producing abundance at a moment’s notice.

What can’t be stressed enough is that the laws of basic economics don’t suddenly disappear during times of hardship. More realistically, that’s when it’s most crucial that we adhere to them. Much as the profit-motivated meet our endless needs during times of calm, so are they most suited to helping us when all in our midst are losing their heads. It’s not surprising that Red Cross, FEMA, and others have “floundered” amid a particularly difficult hurricane season; what’s surprising is that anyone’s surprised.