The data are on capitalism's side, but if research and statistics consistently changed peoples’ minds, society would be cured of much of what ails it. 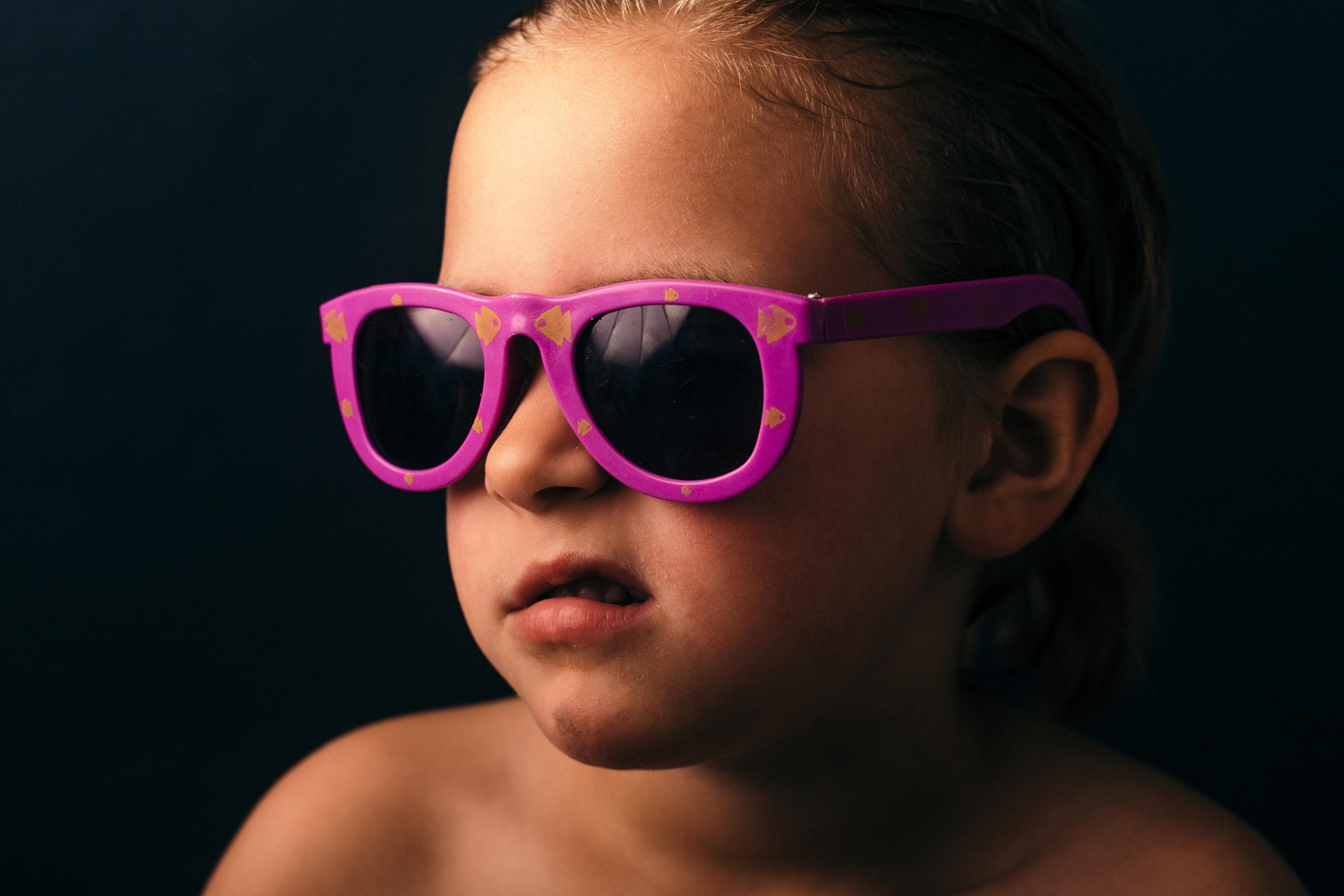 A recent Gallup Poll found that, for the first time in the polling company’s measurement over the past decade, Democrats now have a more positive image of socialism (57 percent) than they do of capitalism (47 percent). While their view of socialism hasn’t materially changed in the last decade, the recent drop in their view of capitalism has widened this gap. An even more drastic drop in the view of capitalism is seen among younger Americans age 18-29 with a drop from 68 percent having a positive view in 2010 versus 45 percent today. While these statistics aren’t entirely surprising, they are still cause for concern.

With the emergence of democratic socialist Bernie Sanders in the Democratic presidential primary and the recent primary victory of Alexandria Ocasio-Cortez to be the Democratic candidate for the House of Representatives, it’s fair to say that Democrats don’t have a fear of openly supporting socialism as they might have during the Cold War. And with the support of socialism logically comes the disdain for capitalism.

There are a number of things that can be attributed to the negative view of capitalism by Democrats and young people in general, the least of which come from actual effects of capitalism. Other factors include the general bias of the public education system and the media. President Trump tends to be associated with capitalism (although we’d argue wrongfully so, given his policies of government intrusion when it comes to free trade), and given the disdain for the President by many in this group, capitalism becomes guilty by association.

Other factors that could be contributing to the lack of positive views towards capitalism, especially when it comes to young people, include the general bias of the public education system and the media. As noted in the Washington Post, the vast majority K-12 teachers lean Democrat. The study shows 79 Democrats to every 21 Republicans in the industry. Higher education is in the same boat as well. In 2014, roughly 60 percent of college and university professors considered themselves liberal or far-left, while just over 10 percent identified as conservative or far-right.

This isn’t to argue there’s a large left-wing conspiracy to indoctrinate our children; however, it’s hard to argue this doesn’t have an effect on what young people grow up to believe. Between the ages of 5 and 18, most children spend at least 8 hours per day with teachers—and the views of their teachers are undoubtedly going to rub off on them, even if inadvertently.

Capitalism doesn’t seem to have many cheerleaders either from two other big influencers—mainstream news media and Hollywood. While it’s wrong to use both of these as scapegoats every time a conservative loses an election, there’s certainly truth to the fact these two media more liberal than the country as a whole. As of 2013, only 7 percent of journalists identified as Republicans. And while you won’t always see the bias openly on display, bias against conservatism can be shown based on which stories they choose to cover and how they cover certain stories.

If the country’s biggest thought influencers tend to lean liberal, the consumers of this content will begin leaning that way as well.

Similarly, Hollywood trends to the left as shown by their political contributions. In 2016, individuals and firms in the television, movie, and music industries gave $84 million in campaign contributions in the 2016 election cycle—80 percent of which went to Democrats.

It stands to reason that if the country’s biggest thought influencers tend to lean liberal and thus tend to have a more negative view of capitalism, the consumers of this content will begin leaning that way as well.

One very important aspect of the Gallup study is that the pollsters did not actually define “Capitalism” and “Socialism” when asking people about their attitudes towards both. While only 56 percent of Americans overall had a positive view of the term “Capitalism,” 86 percent positively viewed entrepreneurs and 79 percent positively viewed “free enterprise”—two terms that are tightly associated with capitalism—and essentially define it.

Another surprising statistic from the Gallup study is that 16 percent of Republicans hold a positive view of socialism. While part of this could be attributed to a lack of attention to politics by some (i.e. those who were “raised” Republican and thus call themselves one without following politics or the political process closely), it should still be concerning to those who favor free enterprise—especially those who view the Republican party as the vehicle of promoting a free-market economy in this country.

In the war for the hearts and minds of the American people, there is certainly the need of convincing those in the “middle” as well as those already on the left of the benefits of a free-market economy. Just as important, however, is holding the supposedly economically conservative party accountable in making sure they’re actually supporting and creating an environment for the free market to thrive. For example, while Republicans currently hold the executive branch and both houses of the legislative branch, it’s hard to argue that we have the best proponents of capitalism leading the country.

While Republicans seem fairly split on the issue, there’s no arguing that tariffs reflect any sort of capitalistic values.

While the federal corporate tax cuts and movement toward deregulation are certainly good steps toward creating a freer market, other actions (or lack of actions) from our Republican President and legislature leave a lot to be desired. Perhaps the biggest anti-capitalistic policy set forth by the President is the implementation of tariffs and overall disdain, it seems, for free trade.

While Republicans seem fairly split on the issue, there’s no arguing that tariffs reflect any sort of capitalistic values. While ostensibly trying to save or create American jobs, tariffs actually impede the ability of both consumers and manufacturers to purchase products internationally at their lower, market-value prices—thus hurting those people they are supposedly trying to help. These tariffs are just another top-down government welfare program meant to help a certain sector of the population while actually doing the opposite.

It’s important for advocates of capitalism to keep those in the supposed party of free markets in check and hold them accountable. As you can’t count on a single party to stay in office for very long, it’s important to take advantage of the opportunity we have to move towards freer markets.

While influencers on the left will argue to the contrary, research shows that free markets, in general, are proven to make people healthier, wealthier, and happier. However, if research and statistics consistently changed peoples’ minds, society would be cured of much of what ails it. People tend to think (and vote) emotionally rather than logically. So when it comes to changing peoples’ minds, you’re more likely to do so with emotional, relatable arguments than with a well-researched paper with statistics and several reputable references (the irony of this coming from a think tank is duly noted).

Because of this, socialists, and those on the left more generally, have the upper hand. All they have to do is show an image of a hungry homeless person and say, “This person is hungry and homeless because of capitalism. If we had socialism, the government would be supporting him by providing him with a place to live and food to eat.” Of course, there’s no mention of how the government would somehow obtain the money to provide for every homeless and hungry person in the country, but this doesn’t matter. It’s poignant imagery and an easy, quick argument to make to grab at your emotions.

Free-market proponents don’t have it as easy. There are several arguments we can make about how the homeless person was put there because of the government and would have a better chance to get out of that situation if government barriers were removed. We need to continue to show specific, relatable examples of how capitalism has helped people dig out of bad situations. This homeless person was laid off from his job due to new regulations or tax increases that put the company out of business. He then became reliant on welfare programs, causing him to stop looking for employment, which led him to where he is now. It’s a logical, sound argument to make, but not one as likely to change minds as simply saying, “He was put here because of greedy capitalists who don’t care about the poor.” Even when pointing to the hardships, hunger, and deaths created by socialism in countries like Venezuela, the argument is shrugged off as “that’s not real socialism…this wouldn’t happen under real socialism—look at Europe!”

This pathos versus logos conundrum coupled with the anti-capitalistic views of our country’s biggest influencers gives free-market proponents an uphill battle to fight. We have the research and statistics on our side, but we need to continue to show specific, relatable examples of how capitalism has helped people dig out of bad situations and how socialism has negatively affected so many lives.

Despite the uphill climb, the battle is still winnable. The fact that the federal government is currently led by Republicans is at least a good sign as they were elected with the general thought that they would promote capitalism more so than their Democratic opponents. And all of this is despite the constant attacks on capitalism from the left.

Proponents of capitalism should take advantage of these political wins, and most importantly, do everything we can to ensure those supposed free-market advocates in office actually implement free-market policies. Otherwise, all of the hard work of fighting the uphill battle against socialism will be for naught.